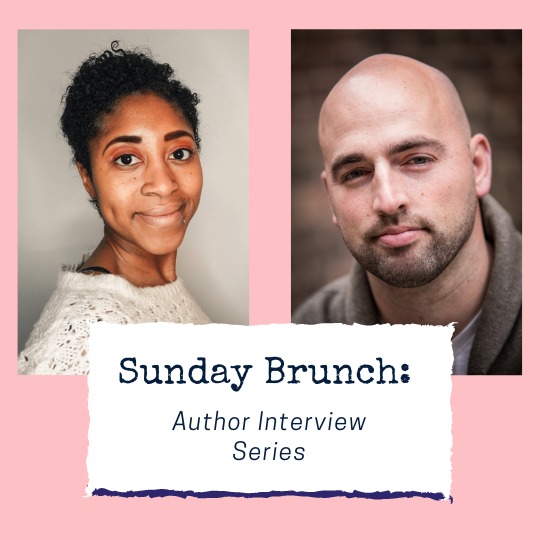 [Note from Frolic: Our resident YA expert Aurora got the chance to chat with authors Liselle Sambury and Scott Reintgen and ask them a few questions each. Up first, Liselle Sambury!] 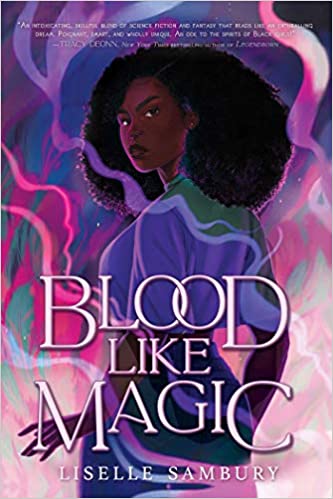 Liselle Sambury: Blood Like Magic was born out of a desire to write a fun book about Black witches in the future and me missing my hometown of Toronto while I was living outside of it. I had started NaNoWriMo in 2017 with a different novel, but lost steam pretty quickly into the month. At that time, I was living in northern Ontario for the first time and having a bit of a career struggle, and I longed to be back in Toronto. I missed my favourite places and people there. I knew I wanted to write something set in my city instead and was suddenly hit with a desire to see a story of Black witches, and I thought propelling it into the future would be cool. I honestly just wanted to write the sort of fantasy story that I loved when I was a teen but didn’t get to see with heroes who looked like me.

I think that I definitely relate the most to my main character, Voya. There are a lot of on the surface things that we share like being Trinidadian-Canadian and growing up in a household with a lot of people—she has ten other people living in her house and I grew up with seven. But what I think draws us much closer together is our difficulty with decisions and a strong desire to be someone our families can be proud of. I’ve always put a lot of pressure on myself to succeed despite having a very laid-back family, but Voya puts pressure on herself because her family does have so many expectations on top of her own expectations for herself.

I feel like readers want a character who resonates with them and stays with them long after they’ve closed the book. Those characters need to have a lot of presence and something that sets them apart from those who are already out there. I also think it makes a big difference for teens to be able to see themselves represented in these characters as well.

The last book I read was Sweet and Bitter Magic by Adrienne Tooley which follows a girl cursed to never love and a girl hiding her own sort of magic who strike a bargain to save their queendom. You can expect beautiful descriptive prose, magic with a cost, and swoony sapphic romance.

Up next is the sequel to Blood Like Magic which picks up a few months after the first book and comes out in Summer 2022, and Butcherbirds, another young adult novel featuring complicated mother-daughter relationships and a mystery mansion in northern Ontario, out in 2023.

I am forever in awe of N.K. Jemisin. The Broken Earth trilogy is the most flawless science fantasy I’ve ever read. I have no idea how she brought together all the details that she needed to explain everything in that world–the complicated politics, the history–and still wound it up with characters that I would die for. She is truly a master storyteller.

If you want to make it happen, keep going. In my opinion, persistence is the strongest skill to have in this industry. It’s absolutely okay to take breaks when you need to, but if being an author is what you want, keep fighting for it. Keep honing your craft, learning, and writing.

Up next, Scott Reintgen! 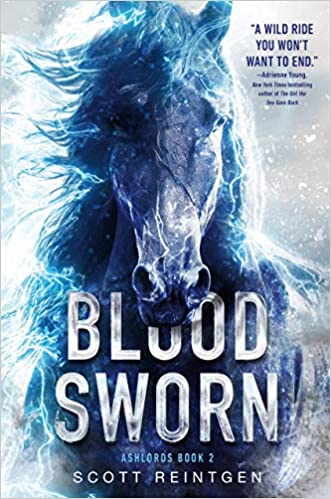 Scott Reintgen: Here’s the tricky thing: I’ve got two most recent novels coming out. Escaping Ordinary is my middle grade book, and it was inspired by my love of video games. I really wanted to see what would happen if my characters got pulled into one big video game. What would life in that environment really look like? As for Bloodsworn, the main inspiration for that book came from ideas of trickster gods. Beings that, while powerful, might not be telling the entire truth. I wanted to see what would happen to a society that was built around a lie like that.

Adrian in Bloodsworn might be one of the more “me” characters I’ve ever written. He’s trying to do the right thing. He’s wrestling with the legacy that his family has handed him. He’s ultra-competitive, but feels the weight of everything happening around him. There’s a lot of me in the tough, young general that finds himself not only facing a new enemy, but trying to figure out new friendships as well.

I don’t know if that’s a right now thing, as much as it’s an always thing. We’re drawn to characters. Worlds and magic and all of that are great, but really it’s always been about who we’re following, regardless of the world or situation. That’s actually how most of my stories start. The crossroads between a cool concept and the right character to lead us through that world.

My most recent read was The Guest List by Lucy Foley. I thought it was excellent. A couple is having their wedding on a very old, nearly abandoned Irish island. The story follows the guest list of characters, many of whom are bringing some very serious baggage to the remote location. I thought it was a masterful story that kept me turning pages until the very end.

Next for me is the launch of these two sequels: Bloodsworn and Escaping Ordinary. There will also be a third book in the Talespinners series after that. I’ve got plenty up my sleeves that can’t be announced. More on that in the near future.

I’ve got so many! It’s hard to choose. Three that popped immediately to mind: Jason Reynolds, Pierce Brown, N.K. Jemisin. I think Jason writes some of the most beautiful stuff we have today. Pierce created my favorite world in the Red Rising series. And N.K. Jemisin is just masteful at character, POV, everything. They’re my current favorites, but the list could be a lot longer.

Yes! First, make the time for it. You can’t get better without carving out actual practice time. Second, do your best to find community. Other writers can sharpen us and help us along the way. My writing group has been indispensable. Finally, I’d suggest reading widely–and reading like a writer. Pay close attention when books really rope you in. How did they make you fall for that character? Or hide that plot twist? Paying attention to those things can really sharpen your own arsenal.

Aurora Dominguez is a high school English teacher, college professor and journalist in South Florida. Her work has appeared in The Miami Herald, Where Magazine and J-14 Magazine, all places where she worked as a writer and editor before going from the newsroom to the classroom. Her favorite days are "Caturdays," which she spends with a good book, her husband, Sebastian, and her cat, Luna. Her motto when it comes to reading: "No book left behind!"
All Posts
PrevPreviousWeekend Podcast Guide: Spring Book Recs and More!
NextSummer’s Sexy Contemporary Romance: Love for Beginners by Jill Shalvis ExcerptNext