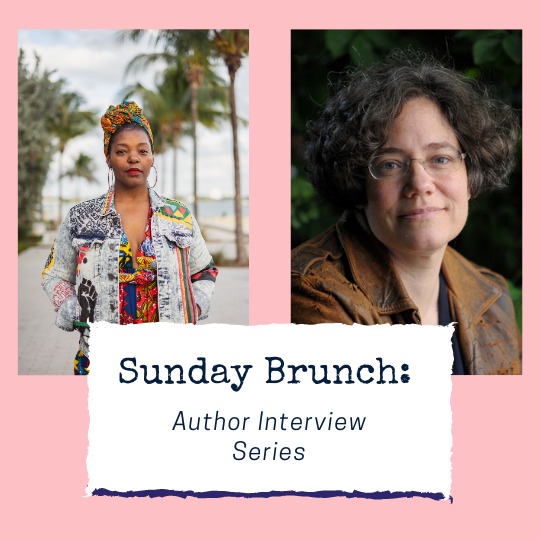 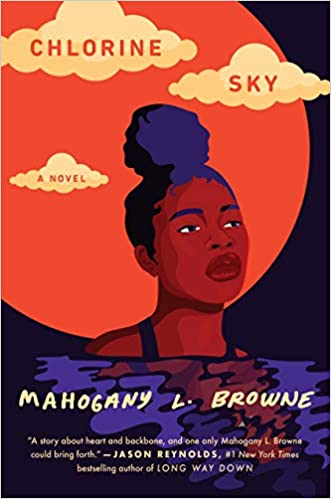 Mahogany L. Browne: Growing up a black girl in California, I was told who I was before I even decided who I wanted to be. I remembered the moments that led to me discovering (rediscovering) myself and wanted to share that journey with others. I know this story wasn’t available when I was in middle or high school. I didn’t have these kinds of stories reminding me that “I’m okay.”

It’s a tie between Sky (the protagonist) and Cousin Inga! There are those moments where you feel strong and powerful and then there are times when you are uncertain about your every move. I oscillate between those two energies (even now!), and I love that those characters can exist and guide each other through this story.

Which books or characters resonate with you? Why?

I am drawn to the kinds of novels that move the needle in how we are remembered. I love the voices introduced in the works of Sandra Cisneros and Toni Morrison. They proved to me that powerful characters can be children, can be someone fighting gender roles, can be someone who lost their parent to addiction and mass incarceration. There is room for all of these voices, especially when we are building a world that encompasses so many homes, cultures, and legacies.

Please describe your novel and what readers can expect from it.

Chlorine Sky is about a girl figuring out who she is after a fractured friendship makes her really look at herself. I love this story because it happens again and again. As a young person and as an adult. Regardless of gender, regardless of culture. The standards of how someone is treated or remembered or respected fluctuates and can stunt both the growth of the person who is oppressed and the community. I expect readers to find that there is more than good and bad to friendships.

What’s next for you?

I’ve just turned in my next YA book. Title is still being worked on, but it is set in the same universe as Chlorine Sky, so that was fun, to work out the evolution of different characters.

Who is your favorite writer at the moment? Why?

My favorite writer! Jeez, there are so many. I hold close the legacy and grace of Jacqueline Woodson. I learn from the depth of Shay Youngblood. I choose the shelter of Toni Morrison and Alice Walker often. I sing Sonia Sanchez and June Jordan and Patricia Smith. I tend to my edits with Jason Reynolds’s voice in mind. And I am in constant wonder because of Aracelis Girmay, Lucille Clifton, and Ross Gay.

Any advice for aspiring writers?

Read a lot. Write often. Find a circle to grow your voice. Edit and then edit again.

Up next, Elizabeth Wein! 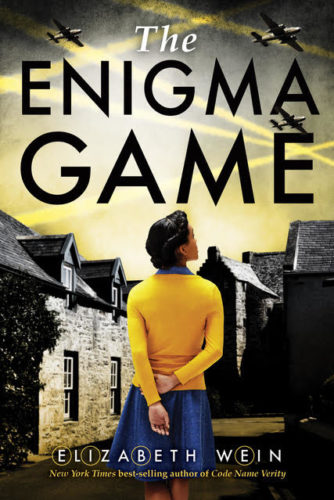 Elizabeth Wein: For the longest time, I’d been wanting to write a World War II novel that featured a relationship between a very young person and a very old person. I think it came about as I watched my beloved grandmother, who raised me, assailing her 90s with wit and energy and defiance. So that was the spark that set off The Enigma Game. My fascination with aviation and my home in Scotland provided the Royal Air Force base that became the novel’s setting!

Fifteen-year-old Louisa Adair, one of The Enigma Game’s three narrators, is definitely the character I relate to the most. She’s bookish and orphaned and an uprooted resident of Jamaica, all of which I was also as a fifteen-year-old. And she desperately wants to make a difference in her world. As with many of my characters, I have drawn on my own background for some of Louisa’s experience, and added other threads to make her into her own person. In Louisa’s case, the wartime setting and her Black Jamaican heritage are very different from my own youth, and add other perspectives and conflicts to the story.

Powerful and unique characters have fascinated and attracted us since before Odysseus first set to sea! A story is nothing without character. We love strong characters because we see ourselves in them, or potential for ourselves. We see the people we are and the people we want to be. In the villainy of imagination, we see things we want to change in ourselves. In fictional heroism, we see the best that we can be. Our ability to empathize with others is what makes us human.

This is not unique to our time. Plot is character, character is plot! It’s so important for us, as our world grows increasingly smaller and more connected, to be able to empathize with others.

The Enigma Game is a thriller set in World War II in which three young people from very different backgrounds come together, on the ground and in the air, to decode messages that may change the course of the war. Set in a small coastal village on the edge of an airbase in the north of Scotland in the winter of 1940-41, a clash between aviators and resistance agents brings change to ordinary people. There’s a bit of everything woven into this story of flight and resistance: many nationalities, personalities, music, and Morse code.

I’m working on new fiction AND new non-fiction, all aviation-based – but focusing on the 1930s rather than wartime!

Hilary McKay, the author (most recently) of The Skylarks’ War and The Time of Green Magic. Her earlier book, Saffy’s Angel, contains the funniest passage I’ve ever read in fiction. She has an effortlessly natural and readable tone and manages to capture characters like no other writer I know. She has a new book, set during World War II (!), coming out in May 2021; it’s called The Swallows’ Flight.

1) You don’t necessarily need to “write about what you know,” but you should definitely write about something you care about. Your passion for your topic will make it interesting to your readers. 2) Don’t be overambitious as you’re starting out. Try to have a project that you will be able to complete! Know your ending, make an outline, work from a synopsis – organize yourself a little so that you will be able to check off milestones. Being able to finish a project helps you to build up your self-esteem as a writer. 3) Join or organize a writing group. Even if you don’t share your work with each other, having a writing buddy or buddies really helps to motivate you to get some writing done. And if you are willing to share work, discussing your project can sometimes help to improve it.

Aurora Dominguez is a high school English teacher, college professor and journalist in South Florida. Her work has appeared in The Miami Herald, Where Magazine and J-14 Magazine, all places where she worked as a writer and editor before going from the newsroom to the classroom. Her favorite days are "Caturdays," which she spends with a good book, her husband, Sebastian, and her cat, Luna. Her motto when it comes to reading: "No book left behind!"
All Posts
PrevPreviousWeekend Podcast Guide: Reading in a Winter Wonderland
NextComic Corner: House of El: Shadow Threat is a Must Read!Next