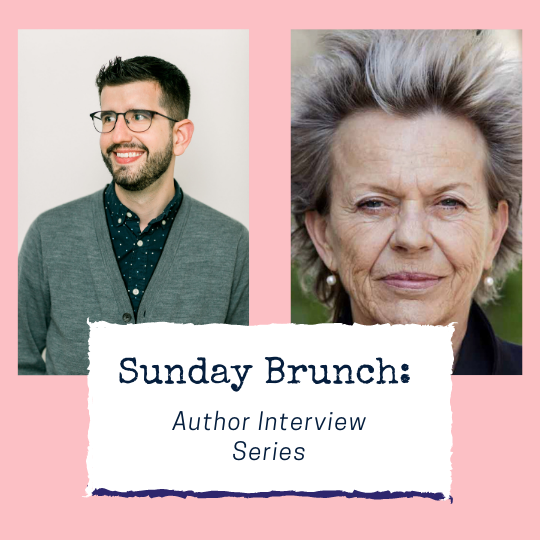 [Note from Frolic: Our resident YA expert Aurora got the opportunity to interview authors Phil Stamper and Connie Palmen and ask them five(ish) questions each. Up first, Phil Stamper!] 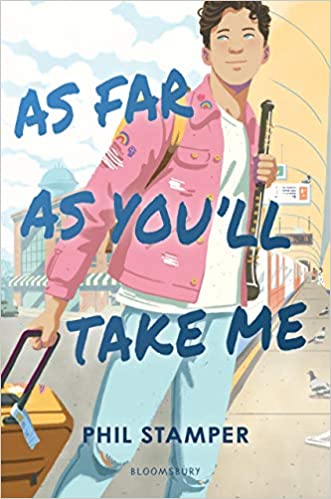 Phil Stamper: I took a lot of inspiration from my own life while writing As Far As You’ll Take Me, which is why it’s such a personal story to me. As a queer teen, I always felt like I needed to escape my conservative rural village, and I was able to do that in college, studying music, falling into a group of wonderful and accepting friends who became family.

But even though I could finally be myself for the first time, I really had to come to terms with my anxiety, I fell in love with the wrong guys, and I struggled with a ton of body image issues. I lived in London for a while, which is what inspired the setting. So, putting all of that together, I was able to fictionalize a lot of my own experiences and bring them into the dazzling environment in London and across various European travels.

Probably not a surprise that I relate most to Marty, the main character, for all the reasons in my last answer! Beyond that, I also relate a lot to the love interest Pierce. He’s not great for Marty (and not all that great to him, for that matter) but he’s dealing with a lot of stress due to not being as great of a musician as he was always told he was. I think we’ve all been in those situations where you do your best and it’s just never enough, and that conflict kind of consumes him throughout the story.

For any book to stand out, you need powerful and unique characters. Think of how many thousands of books are published every year—there must be something about your characters that speaks to people and stands out in the marketplace, otherwise there’s no way your book will stick in people’s memories.

I also think we’re at such a great time in publishing, where diverse authors have a seat at the table and their stories can finally be told. We’re obviously not totally there yet, but it’s been really special to see powerful characters from all sorts of backgrounds get celebrated, and I’m hopeful about the future of publishing—especially in YA!

I recently read The Black Kids by Christina Hammonds Reed, which explores issues of race, class, and violence through the eyes of a wealthy black teenager whose family gets caught in the vortex of the 1992 Rodney King Riots. It was such a fascinating and timely read, and it taught me so much about those riots, which happened when I was a young kid. I would definitely recommend it—it’s a wonderful book with an absolutely beautiful cover!

After the launch of As Far As You’ll Take Me, I’ll be talking a lot more about my third YA novel, which comes out in early 2022. It follows four queer teens, lifelong best friends, who are spending their first summer apart to try and figure out their life after high school. The best part is that it’s a YA contemporary duology! So, these lovely characters will continue their story in early 2023, and I can’t wait for everyone to meet them.

I have a ton of favorite writers right now, but V.E. Schwab, Caleb Roehrig, Jeff Zentner, Riley Sager, and Nic Stone all come immediately to mind.

I’d say my main advice is to keep trying. Focus more on the process of writing than on one specific book. The market’s always moving, and things are so subjective. I know every time I write a book, I get the feeling that that is my best work. But as soon as I put my soul into another piece, I realize it’s not true. So keep improving your craft. Keep trying out new stories. Write what comes naturally to you, even write what doesn’t. Try a bit of everything, really.

I received 92 total rejections from agents between two books, and 84 rejections from editors between three books. (And I’ll likely have plenty more rejections in my future!) This industry is not kind to its artists—even the nicest rejections hurt, bad. But I think you grow so much with each rejection and with each new story, that as long as you keep trying, one day it will turn around. Just know that for every supposed “overnight success” there’s usually years of frustration leading up to it that we never hear much about. Know you’re not alone and stick with your writer friends—they’ll get you through the worst of it!

Up next, Connie Palmen! 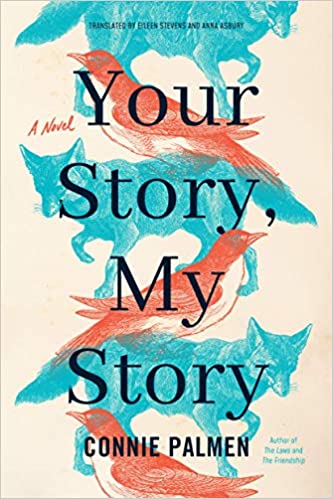 Connie Palmen: When you a write a novel, there is never only one reason to do so, there are a lot of reasons, tangled themes, fascinations, love for a specific genre, love for other novels, the never ending need to understand more about life and about yourself. The theme that guides a lot of my novels is the sometimes devastating influence of how we talk about other people. After the suicide of his wife Sylvia Plath, the life of Ted Hughes became the subject of gossip, nasty stories, myths, biographies. It was no longer his.

That is a tricky question, and hard to answer. I fully understand the love that Ted Hughes felt for the wonderful, intelligent, dramatic, funny and extremely gifted Sylvia Plath, and of course I also understand the love that Plath felt for Hughes, so in the novel I love and honor them both. Since they are also both committed to the same life project as I am, namely writing.

I think readers are intrigued by characters that combine fictional and historical context. It’s a thin line between fact and imagination. For Your Story, My Story, I was guided by the 88 poems of Ted Hughes in Birthday Letters. I also think readers relate to characters who are deeply human.  No story is one-sided. I have tried to relate Plath and Hughes’ story impartially, leaving room for ambiguity in spite of narrating only one side. I hope to show that Hughes was not a monster, and Plath was not a saint.

Ted Hughes and Sylvia Plath were one of the most famous romantic couples in modern Western literature. In countless biographies of Plath, she is given the status of martyr and Hughes that of a traitor and murderer, while Hughes was reviled by strangers and even sued by people he once considered his friends.

I wanted to describe the thoughts, fears, and incantations of this husband, and his deeply tragic bond with the woman who would come to define his life.

I am still doing research for my next novel and I wrote essays on Vivian Gornick, Joan Didion and Sylvia Plath. It is a continuation of a small collection of essays I wrote on famous, talented, and rather destructive women like Patricia Highsmith, Marilyn Monroe, Marguerite Duras and Jane Bowles.

I learned from every good writer I have read, but Philip Roth and Marguerite Duras still are on top of the long list.

Aurora Dominguez is a high school English teacher, college professor and journalist in South Florida. Her work has appeared in The Miami Herald, Where Magazine and J-14 Magazine, all places where she worked as a writer and editor before going from the newsroom to the classroom. Her favorite days are "Caturdays," which she spends with a good book, her husband, Sebastian, and her cat, Luna. Her motto when it comes to reading: "No book left behind!"
All Posts
PrevPreviousBook of the Week: Shipped by Angie Hockman
NextThe Top 10 YA Books Hitting Shelves in FebruaryNext