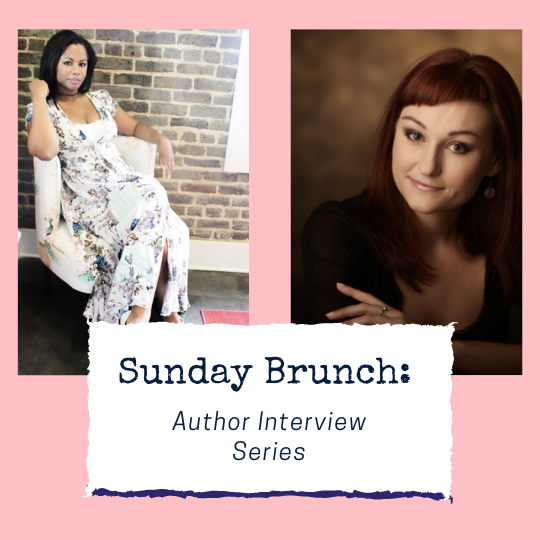 [Note from Frolic: Our resident YA expert got the chance to chat with authors Randi Pink and Kateřina Tučková and ask them a few questions each! Up first, Randi Pink.] 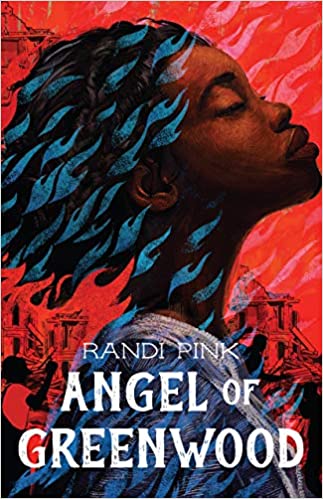 Randi Pink: Before the world shut down, my favorite writing nook was the third floor private room in the best library in my town. I’d pour myself a cup of coffee, sign in for my promised few hours and write in the quiet comfort of the best. The best sidewalks. The best restaurants. The best homes. And certainly, the best schools. That private room boasted floor to ceiling windows giving a panoramic view of the best of the best.

But the town was not built for me. Actually, when the town was built, I wouldn’t have been allowed there unless it was my intention to clean someone’s home, as my beloved grandmother did.

A frustration began to boil. So, I did the only thing that I knew how to do – I started writing. Creating for myself and my children a place such as this, even if it existed in my imagination. I wrote a Black community so special that people would come from far and wide to witness it. In the beginning, I wrote for calm, but when a librarian told me about the Greenwood Race Massacre, the essence of that work became Angel of Greenwood.

But the more I researched the Massacre, the more angry I became. Mostly toward those unacceptable things that, collectively, society has deemed too hard to fix and given up on. One of the most glaring things for me, a Black mother, is the intentional destruction of the post Reconstruction Era Black community.

I’d always been angry about such injustices in our history, but Black motherhood brought forward an intensity toward those unacceptable things.

I’d known it was there, but as I’d been taught, no southern woman should be that intense about anything. But along came a daughter, and then a son, and they blew that up as soon as they took their first breaths of free air.

If I had to choose a single thing that inspired Angel of Greenwood, and kept me writing through a global pandemic, it’d be motherhood. Without a single doubt.

I relate to each one in different ways but if I had to choose, it’d be Isaiah. In the beginning of the novel, he’s hiding in the same ways that I once did.

Hiding used to be my specialty, but like Isaiah, I did so in plain sight. I was a peacock putting on a show. I’d tucked away my words and opinions in order to present myself as something acceptable to society’s standards. Everything real and true about what made me myself was shielded behind the feathers for its own protection.

Isaiah does the same. And strangely, I didn’t even realize our similarities until I was reading through a final draft of a scene of him walking. He’s only walking, but even setting one foot in front of the other, he’s playing a character of something that he believes better than himself. I cried when I read that back because I’ve done it so many times myself.

Why do you feel novels with powerful and unique characters and themes are so popular and have such a voice right now?

People are drawn to unique characters because most of us are too terrified to show ourselves as we actually are. We envy their resolve, and wish we too could strip ourselves down without fear, or even better, with fear. That is what makes a powerful character too actually.

Years ago, my friends and I would go out to dance clubs. As soon as we’d cross the threshold, without fail, one of my friends would peel off from the group and dance all night long by herself. To me, she was a vision of power and individuality.

As a reader, that’s what I’m drawn to and always have been. Also, that’s what I aspire to capture in my own writing – the perfect power of a girl dancing alone at a club.

Angel of Greenwood, at its core, is a simple story of two Black teenagers, Angel and Isaiah, falling in love surrounded by the brilliance and ingenuity of the Greenwood District of Tulsa, OK.

But if you dig deeper, it’s about the unbreakable spirit of those living and thriving on the heels of Reconstruction. Rising up and building something as precious as the Greenwood District so that Angel and Isaiah may freely fall in love in peace.

But on May 31, 1921, a vicious white mob stormed the community of Greenwood leading to the Greenwood Race Massacre.

Readers can expect a story of unyielding hope, love and resiliency in the ugly face of hate.

My hope is to continue to write without fear or doubt. Or, even better with fear and doubt. It is what I was born to do.

Kelly Quindlen writes friendship beautifully and Late to the Party carried me through an especially lonely period in this pandemic. Kelly is also a phenomenal human being and it shows in the writing.

I’d give the same advice to a group of investment bankers or doctors or lawyers: This race is too long to run around burning bridges. In other words, simply, treat people well.

Up next, Kateřina Tučková! 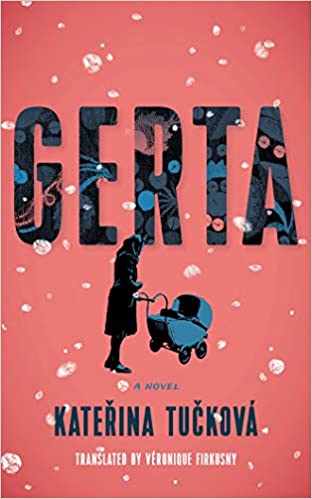 Kateřina Tučková: When I was 22 years old I moved to a district known as “Brno’s Bronx.”  I wondered, why would people give such a weird nickname to a part of the city that is so close to the city center? After a few months of living there and talking with neighbours, I found out that this was the legacy of tragic events that had taken place there during the war years. I literally discovered the dark past of this district, which was once inhabited by Jewish and German residents, both of whom – although for very different reasons – were forced to leave their homes. When that happened, the place lost its soul, and it was this aspect that attracted my attention, especially after I learned about the story of Gerta. She was a girl who was the same age as I was at that time and had been expelled from her flat with a 6-month-old baby, just because she was half-German and half-Czech. No one had investigated her guilt. I really wanted to find out more about her and about others who had suffered the same fate. However, the heroine in my novel is fictional and her character is as well, although she mirrors historical events that took place in the aftermath of the Second World War.

I relate most closely to Gerta, who—as I’ve already mentioned—was about the same age as I was when I moved into that section of Brno.  I really can’t imagine at that age having to bear the blame for decisions that had been made by others and being held accountable for what happened during World War II.

I think it can be very illuminating and inspiring to read about how individuals (and vicariously through protagonists in a novel) confronted major historical events.  I find I can draw lessons from them and also, in challenging times, the strength to overcome adversity.

It was a book of short stories, sadly inspired by the coronavirus pandemic, to which I also contributed.  The good thing about such reading is that one realizes one isn’t alone with all those gloomy thoughts.

I’m currently working on a book titled Bílá Voda which again deals with the theme of unhealed wrongs that have taken place in my country. [Translator’s note: Bílá Voda, meaning “White Water,” is the name of a village near the Polish border in the northeastern corner of the Czech Republic to which hundreds of Roman Catholic nuns were deported by the Communist regime in the early 1950’s.]

I recently finished The Testaments by Margaret Atwood, whom I greatly admire for her ability to create a thoroughly convincing fictitious world and for her extraordinary stylistic artistry.  Her novel The Handmaid’s Tale struck me very much by its depiction of totalitarianism, reminiscent of the regime under which we once lived in my country—the former Czechoslovakia.

Have lots of patience and don’t be afraid to start over!

Aurora Dominguez is a high school English teacher, college professor and journalist in South Florida. Her work has appeared in The Miami Herald, Where Magazine and J-14 Magazine, all places where she worked as a writer and editor before going from the newsroom to the classroom. Her favorite days are "Caturdays," which she spends with a good book, her husband, Sebastian, and her cat, Luna. Her motto when it comes to reading: "No book left behind!"
All Posts
PrevPrevious5 Ships to Swoon Over this Valentine’s Day
NextFive Things Romance Novels Taught Us About LoveNext