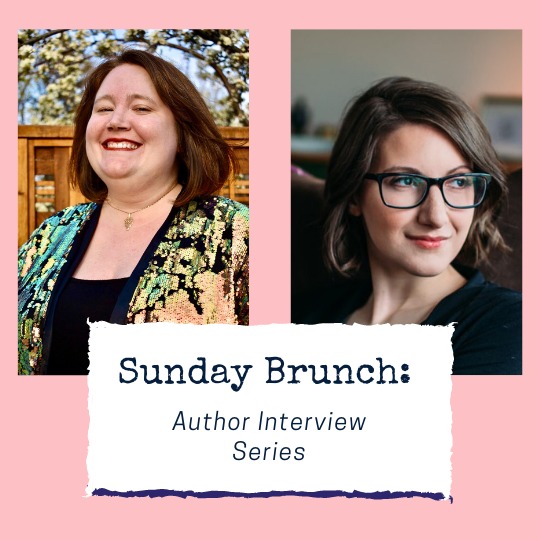 [Note from Frolic: Our resident YA expert Aurora got the chance to chat with authors Rebecca Mahoney and Monica Rodden and ask them a few questions each. Up first, Rebecca Mahoney.] 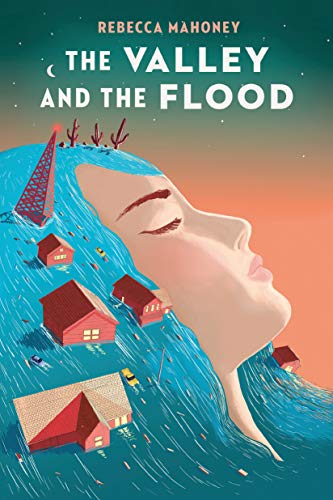 Rebecca Mahoney: When I was struggling with my mental health throughout my 20s, one of the things that made it feel more manageable was when I felt like I understood how it worked. And as a long-time fan of horror and fantasy, it was interesting (horrible, but interesting!) to look, through that lens, at the way my own perception changed. The most surreal part, by far, was what a different feel my own memories had: looking back on some of the worst moments felt disjointed but more immediate, almost like these little bursts of time travel. Even my short-term memory struggled. I’d walk into rooms on autopilot, find things across the apartment from where I last remembered putting them. Being in my own head had always felt like a safe place before then. But in those years it felt like living in a haunted house. My guard was never fully down.

I mentioned to a neuroscientist friend one day, in the very early days of Valley, that I was writing about trauma and memory, and he was the one who explained the mechanics of it to me: that not only does stress interfere with the recording of short-term memory, but traumatic memories themselves are encoded differently. He explained that our brains read them differently, too. Rather than a clear narrative, these memories feel more like strong, sensation-based moments in time.

When I started journaling as a way to put my own history in order, I did so by writing notes to myself at different points of the last two years. The initial idea for The Valley and the Flood, the story of a girl drawn to a surreal little town by an echo from the worst night of her life, was already in my head. Writing those journals – and learning the landscape of my own mind through them – helped the rest of the project click for me.

Valley is such a personal story for me that I wanted to make sure there were some key differences between the main character Rose and me – that way I could tell the story I wanted while keeping my own story to myself. But in a lot of ways, the ways that Rose and I react, process, and (too often) deflect are similar. But there’s also a lot of me in Alex, the sheriff’s intern who can communicate with the strange creatures of Lotus Valley – he’s polite and professional on the service, which I also have to be in my day job, but there’s a strong core of stubbornness underneath!

When I pick up a new book, one of the first things I respond to in a voice is the specificity of it. I think there was this old conventional wisdom that a protagonist needs to be broadly relatable to be successful – and not only is that an impossible goal, but what a given market considers ‘relatable’ tends to serve the same vastly overrepresented audience. Readers are hungry for strong voices, both the ones they see themselves in and the ones that are new to them. They don’t need to immediately understand a character’s circumstances from the first page. They just need to be willing to go along for the ride.

Right now I’m reading a fellow Razorbill February release, The Wide Starlight by Nicole Lesperance, in which protagonist Eline’s mother is swept away by the Northern Lights and her journey to find her again takes her across the world. It’s a STUNNING book, and the absolutely perfect read for these dark winter days: it’s atmospheric, spine-tinglingly fantastical, delivers devastating moments with a delicate touch, and the prose is so rich you could eat it with a fork.

I can’t share too much just yet, but I’m absolutely loving my new project – it’s another story of memories, but with a different twist. It’s also another monster story, and I get to return to my horror roots a bit more with this one. I’m so excited to share more!

Oh, this is so hard! I have so many favorite writers, but I some of the YA writers I look up to most right now are Nova Ren Suma, Emily X.R Pan, and Anna-Marie McLemore. They’re all masters of fusing fantastical elements and keen, rich emotion into a contemporary setting, and I dream of writing prose half as gorgeous as theirs. (Nova and Emily also co-edit a literary magazine, Foreshadow, which it would be a dream to write for one day!)

Nothing in your career is wasted. Every book you write that doesn’t sell, and every query or submission you send that ends in rejection, has some piece that’s going to be useful to you in the future, whether it’s a passage you’ll take from your shelved project and put in another, an agent who rejected you who will remember you the next time around, or just a story that wasn’t the right one but made you a better writer for working on it. There is so much in this industry you can’t control. But you can take what you need from any given setback, and you can keep going.

Up next, Monica Rodden! 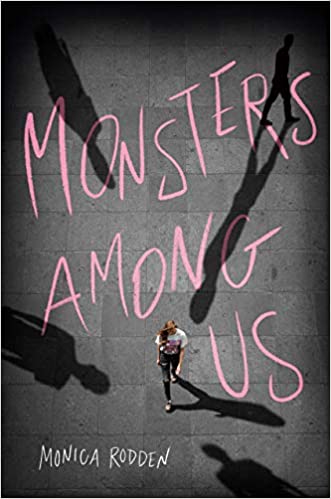 Monica Rodden: I wanted to address the victim-blaming that survivors of sexual assault so often experience. A victim has to be perfect in a lot of ways in order to have their trauma even somewhat validated. I wanted to create a “bad” victim, one who was wearing a dress and drinking inside a frat house. I did this very intentionally to show that none of that matters; clothing choices or alcohol consumption or geographic location cannot undo a felony, no matter what the world tells you. The main character Catherine muses on the injustice of victim-blaming at the end of Monsters Among Us:

“It made her wonder if you had to be young to be believed, or if you had to have a certain number of bruises, a wide-enough blood stain in the snow. Or maybe you just had to die.”

I also wanted to explore my own battle with a chronic illness as well as draw on the theme(s) and setting of Wuthering Heights, but the toxicity of rape culture was the main focus.

I relate a lot to Catherine’s internalized misogyny. Any frightening experience I’ve had as a woman has always been clouded by these demeaning and invalidating thoughts. That guy on a bike who followed me during a run my sophomore year? Well, I was stupid to be out so late; I should have run faster to beat the sunset. Plus, I cut through some trees where he couldn’t follow me, so no big deal.

I also relate to the character of Amy, who is sick with an unknown illness (no spoilers!). As someone who also has a chronic illness, I drew on a lot of my personal experiences to shape her character.

I think publishing is at a crossroads that is long overdue. Only 11% of books published from the major houses in 2018 were written non-white authors, according to this NYT article (https://www.nytimes.com/interactive/2020/12/11/opinion/culture/diversity-publishing-industry.html).

It is so important to highlight #ownvoices authors and their stories because they deserve to be heard and are a vital piece to the puzzle of the human condition. If everyone only reads white books about mostly white people, that is going to be reflected in society (and it is).

The best thing I and other (white/cis/hetero) authors can do is work on making our stories more diverse by educating ourselves through diverse media, hiring (and paying) authenticity readers to ensure accuracy in our works, and also by uplifting BIPOC authors as well as those who are LGBTQ+. So, if you like Monsters Among Us, you may also enjoy:

The Music of What Happens by Bill Konigsberg

Saints and Misfits by S.K. Ali

Monsters Among Us is a YA thriller centered around 18-year-old Catherine Ellers who has returned to her rainy Washington town for the holidays after her first semester at college. She has scattered memories of a night that scrape against her mind; she wants to know more but is terrified about what she might discover happened to her. She finds no solace during her holiday, however, as tragedy strikes again in the mysterious death of someone close to her, and she throws herself into this new mystery, desperate for what has eluded her since that night at college: answers.

Hopefully a lot! One my goals going forward is to produce more responsibly diverse stories. I’ve completed a solid draft of my next book and have sent it off to my authenticity readers—and early responses have been awesome! Once I receive the complete feedback, I will make edits as necessary and send the manuscript to my agent and editor.

I am also outlining my third book, for which I will again hire authenticity readers. My hope is that each book will be better than the one that came before it, but from the reviews I’ve received about Monsters Among Us, my debut has been a great starting point. I’m very proud of the story.

Since I lost about two days of sleep reading Grown and Allegedly back-to-back, I have to say I’m really into Tiffany D. Jackson right now. Her pacing is insane and it’s very hard to put down her stories. Also, I really enjoy her twist endings.

You will probably not publish your first story idea—and that’s okay! Keep writing. Keep reading. And try for traditional publication, at least at first. It forces you to be really critical of your work. Also look outside your circle of friends and family for honest feedback.

Aurora Dominguez is a high school English teacher, college professor and journalist in South Florida. Her work has appeared in The Miami Herald, Where Magazine and J-14 Magazine, all places where she worked as a writer and editor before going from the newsroom to the classroom. Her favorite days are "Caturdays," which she spends with a good book, her husband, Sebastian, and her cat, Luna. Her motto when it comes to reading: "No book left behind!"
All Posts
PrevPreviousThe Top 9 YA Reads for April 2021
Next5 Role Reversal Romances You Should Check OutNext