Sunday Brunch: A Chat with Three Can’t-Miss YA Authors 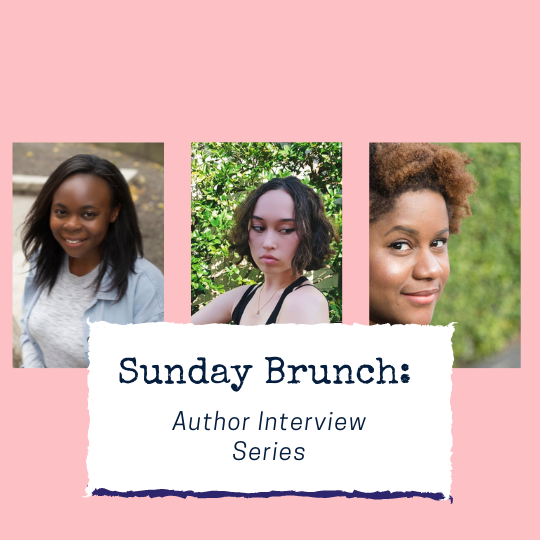 [Note from Frolic: Our resident YA expert Aurora got the chance to sit down with some great YA authors and ask them a few questions each! Up first, Louisa Onome!] 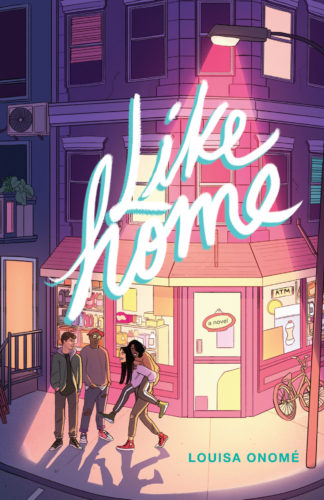 Loisa Onome: My biggest inspiration came from my own upbringing in a primarily immigrant neighborhood in the Toronto area. Parts of it are reflected in Ginger East, the neighborhood in my book. I also really wanted to tell a story with a group of friends who had the same friends-as-family dynamic that I was familiar with from my youth. That, coupled with watching the Korean drama ‘Reply 1988’ and sobbing over the friends-as-family dynamic, was how Like Home was born!

I relate to all of them in different ways, but I’d say, personally, the most obvious would be my main character Nelo, who I would describe as bold, loyal, and incredibly stubborn. She’s exactly the person I thought I was at sixteen.

I think there’s been such a shift in storytelling that we’re allowing ourselves to consume and relate to different kinds of stories and, as a result, different kinds of characters. We’re really taking a look at the depth of what diversity means. I personally love when I can read something and identify with the small specifics of a character, like a character who has a similar, obscure interest as me, or a character who speaks a language I’ve only ever heard at home. I think it’s those smaller details that really turn an average character into a unique one, and allow readers to see characters as multi-faceted.

Like Home is a story about sixteen-year-old Nelo and the neighborhood she loves, but refuses to really see. She’s had the best time growing up there with her close friends, including her best friend Kate. But when Kate’s family’s store is vandalized, Nelo is forced to take a hard look at the places she was raised and really come to terms with what it was and what it is. Readers can expect a fun, youthful, uniquely Toronto vibe, a sense of humor, and above all, a sense of belonging.

I’m thankful to have another young adult contemporary out in 2022. This one is about identity and follows a Nigerian-Canadian girl as she struggles with being too much or too little of herself. It’s pretty personal, but I had a lot of fun writing it and showing off aspects of my culture. I can’t wait to share it with everyone!

I don’t have a favorite writer, but I do have writers I admire. The list tends to change from time to time, but I love Nicola Yoon, because her writing is sweet and magical. I feel the same way about Jenny Han. I think both of them do contemporary so well. I don’t know if my writing would ever be described as sweet, though!

Keep going! A lot of writing tends to be ego-fueled in a weird way, but it’s important to learn to take feedback. Understand when it’s coming from a constructive place, but also understand when and where to leave feedback that isn’t vibing with you. Also, be fluid. If something isn’t working, change it.

Up next, Zoe Hana Mikuta! 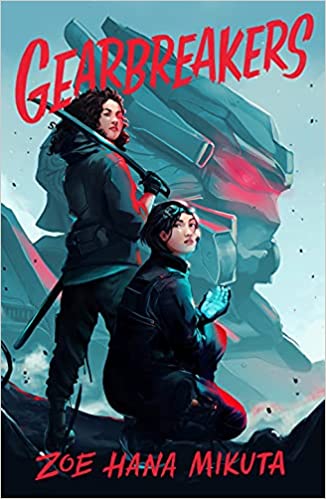 The inspiration behind GEARBREAKERS is my obsession with the mecha sci-fi subgenre. Pacific Rim is my absolute comfort movie, overly dramatic acting and plot holes everywhere, with big robots fighting big monsters—it’s the best thing ever. I always thought those big mechas could be terrifying, though, if put into the wrong hands, and made Gods just for kicks, so that’s how the Windups in Gearbreakers came to be. But at the same time, I wanted that contemporary beat to my debut, so I thought a love story would soften things up nicely.

I probably relate to Sona the most. She acts with her heart but that doesn’t just mean, like, love all the time—it also means anger and sadness, and as a result she’s very volatile with her actions. I wouldn’t say it’s something I relate to now—this side of her is something that she has to grow out of, as she gets in over her head again and again, and in writing her arc I’ve been able to grow out of that temperamentality myself. That, and she’s also half-Korean and half-white, and queer, like me—I definitely want girls with my demographic to have a character like that when I didn’t growing up.

I think you could have the blandest plot and it could still be the most engrossing book ever, if the characters are distinct. Even though someone might like to read one trope over and over again, what keeps it entertaining is that it’s different characters supporting it—it’s really hard to turn away from a fresh perspective.

I have Gearbreakers 2 under edits and am also working on my 3rd book, RABBIT & SICKLE, which is a gothic Alice-in-Wonderland retelling meets Attack on Titan, with a sapphic lovers-to-enemies romantic arc.

I have so many, but my current favorite has to be Silvia Moreno-Garcia, author of MEXICAN GOTHIC and GODS OF JADE AND SHADOW.

Write what you have fun writing. It’s very easy to tell when how much an author liked writing their story, and I think in this way you also can ease up a little into it, and that leads to refining your voice. 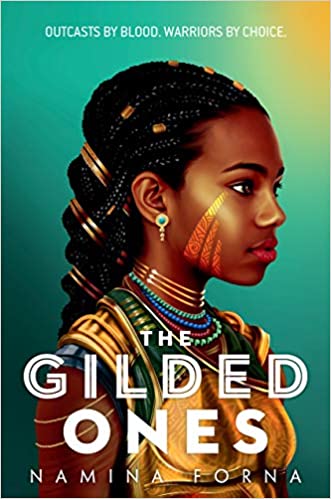 Aurora: What was the inspiration behind your most recent novel?

Namina Forna: The Gilded Ones came from a dream, actually. When I was in undergrad at Spelman College, I would have this recurring dream of a girl in golden armor striding into the battlefield. I kept thinking, “huh,” what’s she about? And then, a couple of years later, the story arrived.

I feel that all the characters have different parts of me, but I most relate to Belcalis because of the level of rage that she has. I was a very angry person when I was younger, but I never fully voiced it. I believed all these toxic things about anger, and feared being seen as an angry black woman.

I think with Belcalis, she puts her finger on the pulse of things as they are and calls it all out. She’s what I wish I could be, actually. I’m working on it.

Because people are sick, tired and angry. Honestly, the past few years have been a wringer, especially for young people, women, POC, and LGBTQIA people. The systems that are in place are failing, or worse, are outrightly nefarious constructs that were never meant to support certain groups.

People are looking for stories and characters that relate to their experiences—experiences that were, for so long, not allowed to be part of the mainstream. What’s happening right now is a course correction that’s been decades in the making, and I, for one, am happy to see it.

Oooh, I’m about to start “All the Tides of Fate” by Adalyn Grace. I loved her first novel, “All The Stars and Teeth” and am excited to delve back into her world and go on more adventures with Amora.

I’m editing book two of The Gilded Ones, and then, writing another YA novel!

Oof, this is a difficult question. Do I have to choose? Right now, I’d say Jordan Ifueko (Raybearer) and Christina Hammonds Reed (The Black Kids) because their writing is beautiful. I also love PJ Gardner because the world of “Horace and Bunwinkle” is very comforting.

Yes, go on Twitter! The writing community is there, and you can find critique partners, learn industry standards, and position yourself for success. Writing is not a solitary craft, you need people to read your work and root for you. A lot of them are on Twitter!

Aurora Dominguez is a high school English teacher, college professor and journalist in South Florida. Her work has appeared in The Miami Herald, Where Magazine and J-14 Magazine, all places where she worked as a writer and editor before going from the newsroom to the classroom. Her favorite days are "Caturdays," which she spends with a good book, her husband, Sebastian, and her cat, Luna. Her motto when it comes to reading: "No book left behind!"
All Posts
PrevPreviousWeekend Podcast Guide: Hot Earl Summer and More!
NextSunday Brunch: A Chat with Authors AR Capetta and Alexandra Leigh YoungNext