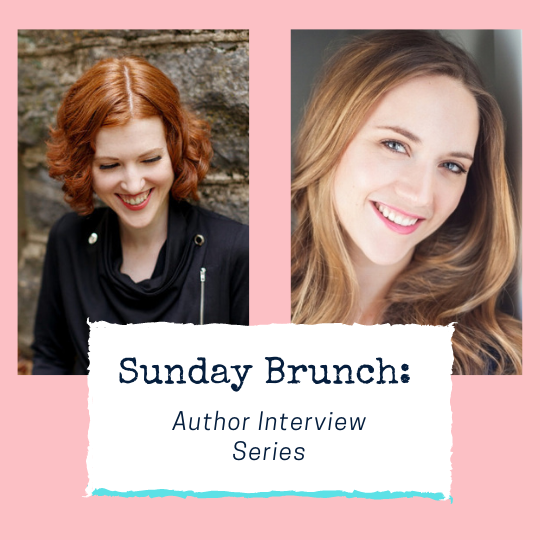 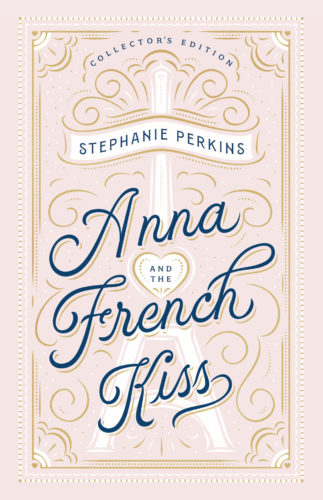 Aurora: What was your inspiration behind this classic novel?

Anna, for sure. I went to college out-of-state, and although it was something I desperately wanted (unlike Anna), I was also terribly afraid of being on my own in a new city (very much like Anna). I was in my mid-to-late twenties when I wrote this novel, but those feelings of fear were all still close to the surface and easily accessible.

Why do you feel this novel resonated so much with fans and has captured hearts everywhere?

It’s hard to wrap my mind around it, and I don’t want to assume anything or put words in anybody else’s mouth. But my hunch is that even though it’s a contemporary novel, it’s structured a bit like a fairy tale. It’s realistic and all of the characters are dealing with real problems, but everything is also a little bit better than real life. And the ending is definitely a sweeping happily ever after. I wrote the book that I wanted to read—real life, but better—and I’m grateful that other people were looking for that book, too.

What can readers expect from this anniversary edition?

Oh my goodness. It’s magnificent. It has gold foil! A ribbon bookmark! An annotated map! Fancy endpapers! And—most extravagantly of all—sprayed edges in a Point Zéro pattern. It really, really is quite incredible. I’m so lucky.

My next release will be my second YA horror novel. (I’m so sorry, feel-good Frolic readers! Ha!) It’s called The Woods Are Always Watching, and it’ll be published in 2021.

Who is your current favorite romance writer? Why?

Rainbow Rowell has written so many of my favorite love stories. Sarah MacLean is the queen of the genre, and I love her protagonists. I will always love Meg Cabot for creating Michael Moscovitz in The Princess Diaries. Sarah Addison Allen writes wonderful small-town romances with quirky magic sprinkled throughout. Laini Taylor writes truly epic romances in all of her fantasy novels.

Breathe as much passion and life into your writing as possible, but don’t forget to keep living your actual life. Step away from your computer every now and then. Definitely step away from your phone. Read, read, read.

Up next, Jenna Evans Welch! 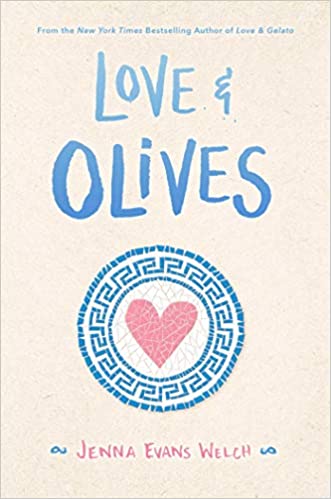 Aurora: Please describe the content of Love & Olives and what can readers expect from it.

Jenna Evans Welch: Love & Olives is the third and final novel in my LOVE & series, and while it can be read separate from the other two, it is linked to the rest of the series through a common character as well as all the themes I love to write about (Travel! Complicated family relationships! Romance!). It’s about 17-year old Liv Varanakis, a girl who—on the surface—has it all together. But underneath all that perfect she has a secret. Her Greek father, who she hasn’t seen in almost nine years, is an Atlantis hunter. He’s been looking for the lost city for as long as she can remember. So when Liv receives a postcard from her father asking her to help out with a special project in his hometown of Santorini, Greece, Liv is understandably hesitant. When she arrives, she learns that National Geographic has hired her father to create a documentary about his hunt for the lost city, and the more time she spends with her father (and his cute assistant) the more she begins to wonder if she knows the whole truth about her family’s story.

What was your inspiration behind Love & Olives?

The original idea came from a simple question: Where do I want to go? This is my third novel, so I knew by this point that I would be spending a lot of mental time in whatever setting I chose, I wanted somewhere amazing! I started with a simple google search, and thirty minutes in I found an unbelievably charming bookstore called Atlantis Books in the village of Oia in Santorini. The bookstore plays a prominent part in the novel, but what really drew me in was the bookstore’s name: Atlantis. The island is actually believed by many to be the basis of the myth of Atlantis, and once I put that together the story spun out from there.

Liv! Liv’s pain was so palpable to me in this book. She is so desperate for her life to not revolve around her absent father that she’s lost sight of who she is. I have not experienced that particular pain, but I think we all have pain points that we work so hard to avoid that we end up creating more pain. I really loved her evolution and exploring Greece through her eyes.

We are living in a time where voices are coming from every direction, and I think we crave authentic, vulnerable voices that stand out and make us feel connected to this wild experience of being humans.

I’m currently working on my first book set outside of the Love & world. I haven’t spoken much about it, but I am having an absolute blast writing it.

That’s always a difficult question for me to answer, but today I’ll say Jordan Sonnenblick. A few nights ago I stayed up much too late finishing a novel of his called Falling Over Sideways. I promised myself I wouldn’t cry (my eyes are always terribly puffy the next morning when I cry at night) but as soon as I read the last line I burst into tears. I love his novels because they are so funny but also bring on allll the feelings. When I’m working on a book I almost always carry around a book with me for inspiration, and his are a regular. Something about his work makes it easy for me to find my own voice.

Write! No, really. Since becoming an author it has been incredible to me how many people tell me that they dream of writing a book and how few of them ever truly sit down to do the work. Also, know that your first attempts will be terrible (mine were!) but consider the fact that you can recognize that to be a very, very good thing. It means that your taste level is higher than your skill level, and with work and time you can close that gap and write something you are proud of.

Aurora Dominguez is a high school English teacher, college professor and journalist in South Florida. Her work has appeared in The Miami Herald, Where Magazine and J-14 Magazine, all places where she worked as a writer and editor before going from the newsroom to the classroom. Her favorite days are "Caturdays," which she spends with a good book, her husband, Sebastian, and her cat, Luna. Her motto when it comes to reading: "No book left behind!"
All Posts
PrevPreviousWeekend Podcast Guide: Nicholas Cage, Immortality and More
NextThe Top 10 YA Books Hitting Shelves in DecemberNext