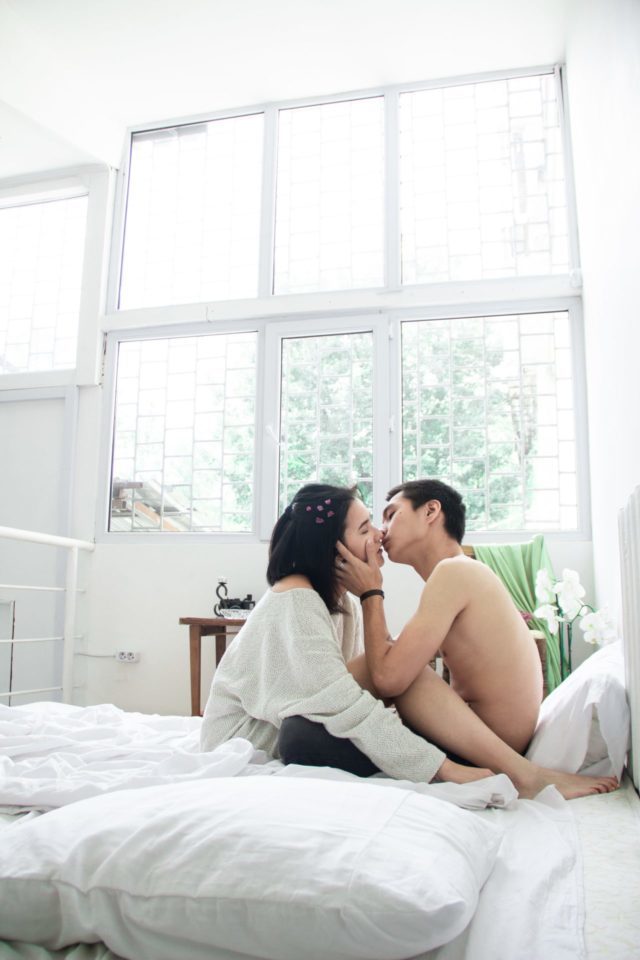 [Note from Frolic: We’re so excited to welcome author Jennifer Millikin to the site today! She’s talking sweet and steamy romance. Take it away, Jennifer!]

Sex sells. We all know it. And this truth extends to books. For some authors, it’s easy to write all the naughty bits. Others have a personal feeling about closing the bedroom door on their characters. Some even stop after a chaste kiss.

Don’t get me wrong. I don’t like it Plain Jane, and I’m not a prude. I have conversations with my friends that would make it clear I’m not shy. But when it comes to my novels, it’s all about the lingering glances, fingertips that trail over skin, and breath that quickens in anticipation. I don’t even close the bedroom door on my characters. The readers knows toes are curling, sheets are twisting, and backs are arching.

But I don’t name parts.

I just…don’t. It’s not my thing. And it’s not to say that I won’t, because the book I’m writing currently, One Good Thing, has characters whose chemistry is begging for bedroom scenes. And they’re going to get them, because character guidance is how I decide where each book will fall on the sweet versus steamy scale.

If you’re thinking, these characters are figments of your imagination so imagine them differently, then you’re right. Sort of.

I tried to re-imagine my characters once. In my coming-of-age book Magic Minutes, I attempted to force my characters into a box aka a steamy scene. It was awkward, uncomfortable, and didn’t mesh at all with my heroine’s personality. I cut it, rewrote it into a scene that represented them, and happily moved on with the book.

Conversely, in my small-town suspense The Lifetime of A Second, Brynn and Connor are a lights-on, door-open couple. Dirty banter and innuendo abound in this novel, because it fit these two characters.

People have told me I’d sell more books and be more well-known if I’d write all the sex. Reviewers have lamented about the lack of explicit material in my work. Still, other reviewers have commented that it’s the development of the characters and their relationship that made the book spectacular. For every complaint, there is a compliment.

So I keep writing the way that comes naturally to me. I toe the line between sweet and steamy, falling closer to steamy than sweet when the characters call on me to do so.

What are your thoughts? Sweet, steamy, or somewhere in the middle?

Jennifer Millikin is a contemporary fiction author of five full-length novels and a contributor for Scottsdale Moms Blog. When she isn’t writing she can be found cooking, hiking, or in downward dog. 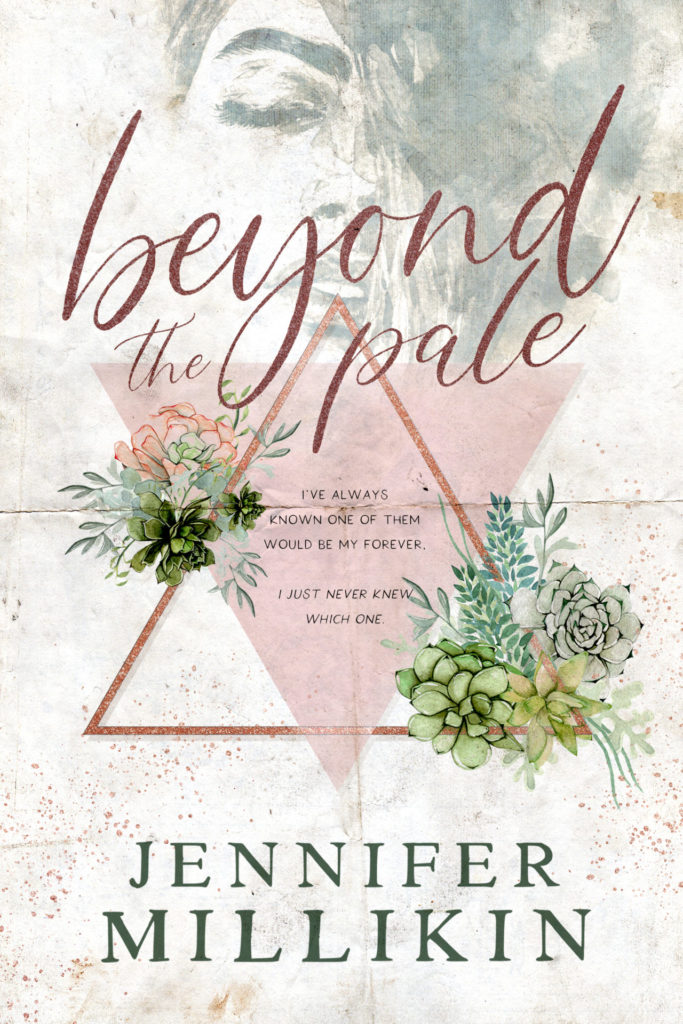 Beyond the Pale by Jennifer Millikin, out now!

My whole life I’ve known Finn Jeffries and Brady Sterling would be my undoing.

The three of us were inseparable, but growing up with two boys as your best friends comes with it’s own certain type of growing pains.

As a child, Finn was wild and free, and grew up to be a devilishly handsome man with a smirk that frustrated me as much as it did other things to me.  Brady was brave and loyal, and the kind of man he grew into didn’t surprise me a bit: devoted and gallant, with a handsome, trustworthy face that made my heart beat faster.

We went our separate ways for college, but now it’s eight years later and a pact we made back then has brought us back to our hometown.  Back to the complicated situation we ran from.

Back to the love triangle we never really escaped.  I love them both, and it’s time for me to make a choice.

I’ve always known one of them would be my forever, I just never knew which one.  And I still don’t.