Syed M. Masood: “Hope is always interesting and entertaining to read about.” 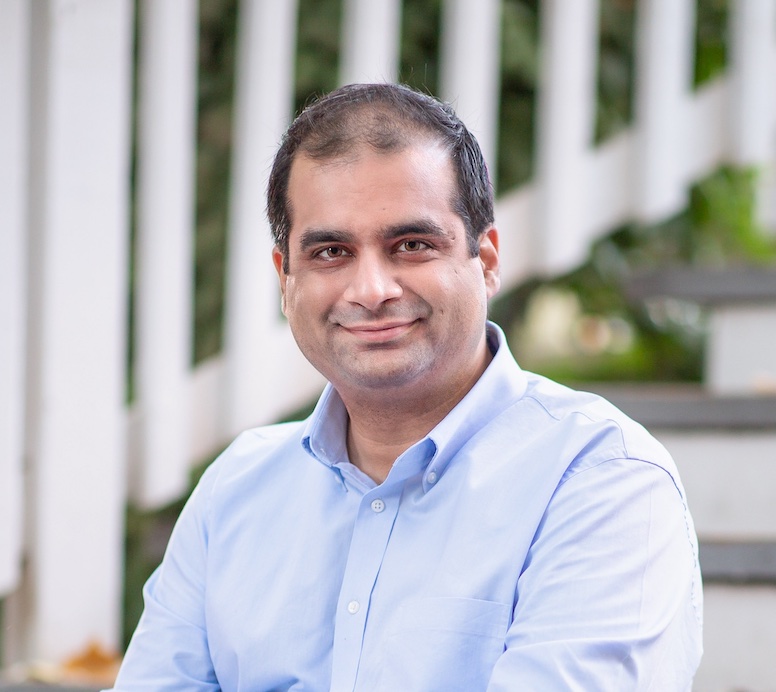 [Note From Frolic: Our resident YA expert Aurora Dominguez got the opportunity to interview author Syed M. Masood and ask him five(ish) questions. Syed’s novel ‘More Than Just a Pretty Face‘ is out August 4th!] 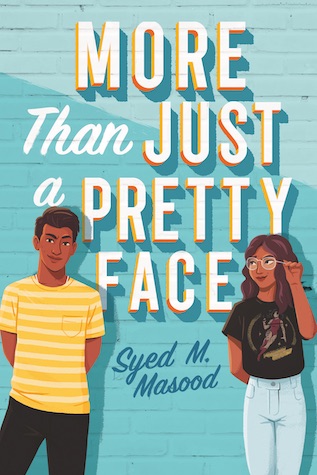 Auora: What was your inspiration behind your most recent novel?

So, for anyone who hasn’t heard of this character type—I hadn’t until my agent added it to my vocabulary—it is a relatively flat female lead who exists only to drive the male protagonist to embrace wild adventures and live life to the fullest.

It just so happened that I read a bunch of books in a row that featured the Manic Pixie Dream Girl and I thought the trope was BS. I wanted to write a book that reversed the type, to write a female lead with her own history, her own aspirations, who challenged the male protagonist to be more complex, more thoughtful, more grounded. I conceived of Bisma Akram as the Anti-Manic Pixie Dream Girl and More Than Just a Pretty Face flowed from there.

Wait. You meant in More Than Just a Pretty Face. In that case, I’d say Intezar. He’s the protagonist’s wacky friend who comes up with weird, funny ways to make sense of and explain desi and Muslim culture. That’s basically my brand, so we’re similar in that way.

Why do you feel YA books are so popular and have such a voice right now?

This is an essay question, honestly, but we don’t have time for that here. I’ll just say that I think books about young adults have always been popular because youth is hope, and hope is always interesting and entertaining to read about. Check out the ages of Jane Austen’s characters, for example, and you’ll find a lot of seventeen to twenty-year-old leads.

Now, Austen isn’t considered YA, obviously, and adulthood started at a different stage of life in her time, but I don’t think anyone would disagree with my sentiment that she should absolutely be read by the YA demographic. I’m saying this only to note that the line dividing YA literature from adult literature is, to some degree, arbitrary. In fact, a significant portion of YA literature’s readership is over eighteen, so we’re talking about a bit of a fluid, artificial construct here.

That being said, I think another reason we’re in the golden age of YA is because we simply have incredibly talented authors in the field right now. From John Green to Angie Thomas to Karen McManus to Tomi Adeyemi, we’ve just got phenomenal writers practicing their craft in YA, and we’re so lucky to have them.

More Than Just a Pretty Face is a romantic comedy about a very handsome but not very bright young man who ends up in an academic contest at his school called The Renaissance Man. As part of this contest, he has to present a paper to an audience in the subject of History, which he is failing. If he doesn’t do well in the contest, he won’t graduate and will continue, as a result, to disappoint his father.

The contest is also his only shot at impressing the parents of Kaval, a beautiful, popular girl he’s been in love with forever. They don’t take him seriously as a potential arranged marriage prospect for their daughter because his grades are awful, and he isn’t pursuing a traditional professional field valued in desi culture.

He enlists the help of the studious Bisma, who appears somehow uninterested in him, with the contest and as he spends time with her, he begins to realize that he might be brighter than he thought and might not love who he imagined.

It’s a light, funny book, but I like to think there is depth to it. The fact that Danyal is presenting a paper in History allows us a chance to look at the history of colonialism from the perspective of the colonized—or, more accurately, a descendant of the colonized—so that’s a theme that the readers can expect to encounter.

I wanted to write a book about Muslim kids with no Islamophobia in it. Instead, it’s a book offering a glimpse into the lives of Muslim teens living in the US today. It centers them, not the reaction of the world to them, and that was definitely fun for me. I hope it’ll be fun for the reader as well.

My adult debut is coming out soon and I’ve also got another YA rom-com in the works that I’m very excited about. It’s a very different protagonist than More Than Just a Pretty Face. Danyal was, in his own mind at least, extraordinarily suave and beloved by everybody. The new guy, on the other hand, calls himself the reigning Supreme Chancellor of Dorks, so it’s a bit of a different head space to write from, and it’s certainly a different experience. I’m really enjoying it though and I hope everyone else will as well.

There are so many spectacular writers in YA right now that it’s difficult to choose a favorite. If I had to pick one though, I’d go with Katie Henry. I relate to a lot of her stuff because she writes about characters who are informed and shaped by their family dynamic and by religion, even as they struggle with it or disagree with it. That speaks to me.

Also, I just think she’s an extremely talented author. I love it when I come to a line someone has written and find myself smiling, thinking “now that is a sentence.” That happens a lot with Katie—as it does with Mohsin Hamid, who is my favorite author who doesn’t do YA. I just appreciate their craft.

Aurora Dominguez is a high school English teacher, college professor and journalist in South Florida. Her work has appeared in The Miami Herald, Where Magazine and J-14 Magazine, all places where she worked as a writer and editor before going from the newsroom to the classroom. Her favorite days are "Caturdays," which she spends with a good book, her husband, Sebastian, and her cat, Luna. Her motto when it comes to reading: "No book left behind!"
All Posts
PrevPreviousFrolic Podcast Network Weekly Wrap-up: Penguins, Bi-Erasure and More!
NextLove YA: Top 3 Y.A. Reads for the Week of August 4thNext