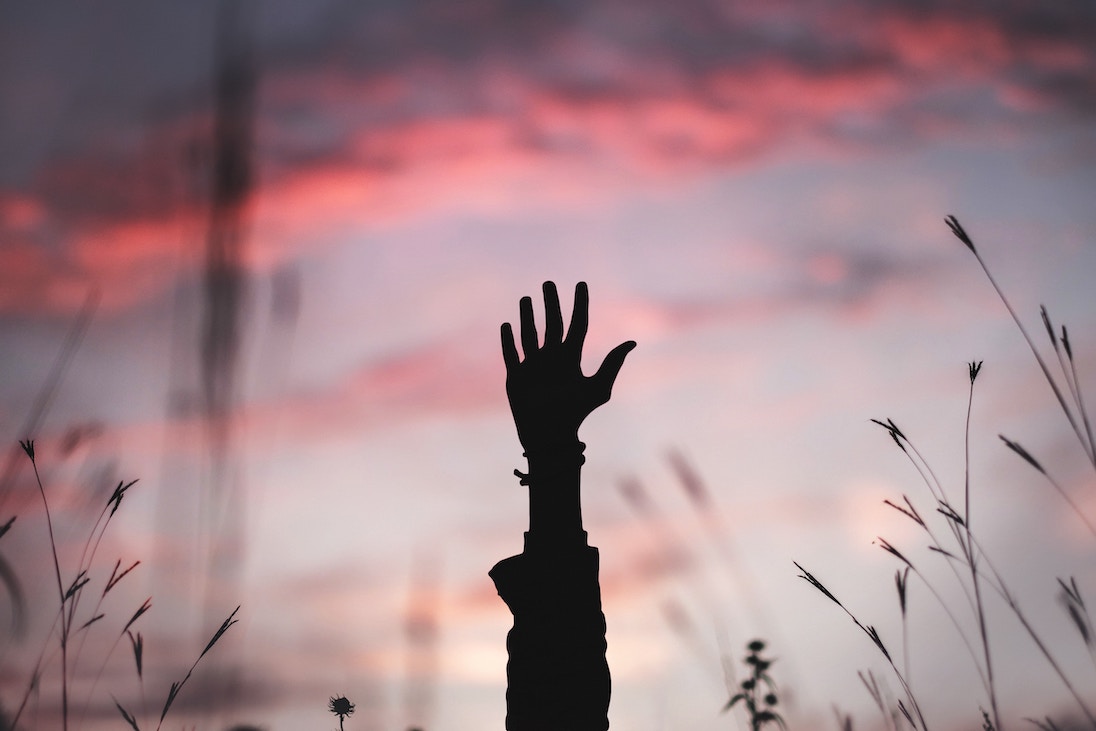 [Note from Frolic: We are so excited to have author Bill Sullivan guest post on the site today. Take it away, Bill!] 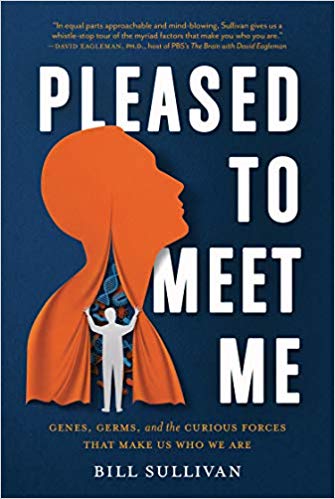 PLEASED TO MEET ME: Genes, Germs, and the Curious Forces That Make Us Who We Are (National Geographic, August 2019) by scientist Bill Sullivan is a deep dive into understanding how genetics, epigenetics, and microbes work with our environment to make us who we are. Sullivan is a professor of pharmacology and microbiology at Indiana University School of Medicine, where he studies infectious disease and genetics. In the short quiz below, we will take a look at some of your personal preferences to find out what they might reveal about the hidden forces that make you you.

1. Broccoli…love it or hate it?

A. Yes, please, and I’ll take some Brussel sprouts too!

B. Like Newman on Seinfeld, “I wouldn’t eat broccoli if it was deep-fried in chocolate sauce.”

If you answered B, you are likely to be among the 25% of people who are called supertasters. Supertasters have a heightened sensitivity to the bitter chemicals in broccoli due to a variation in a gene that makes taste buds. Supertasters really do experience a very different—and unpleasant—sensation when biting into broccoli, so don’t blame them for hating it!

2. What’s the best way to find a romantic partner?

A. Sniffing their sweaty T-shirt.

B. Looking for your soulmate on an online dating site.

C. Seeking out someone with the most symmetrical face, clearest skin and shiniest hair.

People generally are attracted to mates that are physically fit and attractive, because it signifies that they would be a good partner for producing or raising offspring. However, this primal biological impulse is a crude byproduct of evolution and should not be completely trusted as there is so much more to a healthy relationship than physical attributes. Romantic dating sites might help you find a suitable match, but math does not support the idea of a finding a single soulmate among billions of people. Don’t despair—that is good news! This means there are more potential partners for you to choose from; moreover, studies show that people who believe in the notion of a soulmate are typically more unhappy in their romantic relationships. Believe it or not, being comfortable with another person’s scent may be the most important factor. Studies have shown that chemicals emitted by our body can subconsciously affect our romantic inclinations and make us more likely to be attracted to those who possess different immune system genes. There is a “chemistry” between lovebirds after all!

3. When it comes to dessert, would you be more likely to:

A. Get the fruit salad.

B. Get the cheesecake.

Our craving for sweets stretches way back into our evolutionary past when calorie-dense foods were really hard to find. Consequently, most of us are strongly driven to seek out and gorge on sweets. However, people who pick C may have a gene variant that produces more of a hormone (FGF21) that has metabolic benefits. If you picked B, you may have a “sweet tooth” gene (SLCa2) variant that causes people to eat more sugar than normal because their brain cannot properly detect the levels of sugar in their blood. Besides genes, the trillions of bacteria in our intestines (our microbiome) also influence our appetite, possibly by making us crave the types of foods the bacteria need. Scientists have shown that the microbiome is very different in lean people compared to obese people. Remarkably, intestinal bacteria taken from obese people and transplanted into lean mice causes the mice to start overeating.

4. When it comes to wine, what are you more likely to say?

A. No thanks, a few sips and I’ll be dancing on the tables.

C. Just leave me the bottle.

Our fondness for alcohol is partly driven by our genes. Those who answered A are often called “lightweight drinkers” – and we can’t blame them because they have a genetic variation in a liver enzyme that causes them to feel the intoxicating effects of alcohol much faster than normal people. Most people select B and have no problem setting limits on alcohol intake. On the other hand, alcoholism is a serious disease. Often misunderstood as a failure of discipline and willpower, alcoholics often have gene variants that predispose them to impulsivity and addiction. Several alcoholism variants are in genes controlling brain chemistry, and it is believed alcohol is consumed by some because it helps settle an overactive brain.

5. This weekend, would you rather:

A. Curl up with a good book.

Believe it or not, there is a gene variant associated with greater risk-taking and daredevil behavior. The gene is called DRD4 and it makes a receptor in the brain for dopamine, which is a chemical signal in the brain that drives us to obtain a reward. People who select B may be born a thrill seeker because they need to make more dopamine than others in order to feel the same sensation of reward.

6. What effects our behavior more?

B. Nurture (your environment).

C. Both have an important impact on behavior.

In the past, it has been argued that one is more important than the other, but current research is telling us that nature and nurture are two sides of the same coin. While it is true that we cannot change the genes we are dealt at birth, the new science of epigenetics has demonstrated that the environment can change whether certain genes are turned on or not. Lots of things in our environment, including our diet, how much we exercise, and whether we smoke or drink, can chemically alter DNA in ways that can change gene activation. You can think of your genes as the piano, but it’s the environment that plays the song.

Opposites can certainly be attracted to one another, but they usually don’t form long-lasting relationships. Scientists have shown that most people follow what is called the “likes-attract” rule when seeking companionship. Couples seem to stand a greater chance of holding hands well into old age if they complement each other, like two verses in the same song. Anthropologists have observed that most couples tend to be of similar age, height, body shape, and personality—a concept they refer to as “positive assortative mating.” But instead of whispering “I love you because of positive assortative mating” into your partner’s ear, it is recommended you compliment their eyes or smile instead.

8. When it comes to politics, are you?

C. Middle of the road.

Whatever your political leanings, studies show that biology is behind your position. Genopolitics is a new science that is searching for genes that predispose people towards their political affiliation. Liberals tend to have the DRD4 gene variant linked to novelty-seeking behavior, which may explain why they are less afraid of change. Conservatives also have a heightened response to shocking noises or photos, which supports other studies showing brain differences between those on the right and those on the left. Conservatives have a larger amygdala, which is the fear center of the brain, and liberals have a larger anterior cingulate gyrus, which is an analytical area. People who selected C may be properly balanced! What this means is that conservatives are good at detecting possible threats and liberals are good at analyzing those threats. In a perfect world, the two groups would have civil conversations and reach a compromise! Why did we evolve to have these differences? At an individual level, it is often beneficial to be loyal to your tribe. However, this is not healthy at the population level, which requires both conservatives and liberals using one another’s strengths to better society as a whole.

9. Is there any hope in changing someone’s deeply held political beliefs?

A. Not gonna happen.

B. If you listen thoughtfully to the other point of view, you may find a common goal.

C. If you yell at them a lot on social media.

The only answer that offers hope is B. No matter how hard and frustrating, empathetic dialogue is the only way we’re going to understand one another. This may allow you to reframe the issue based on a common goal. For example, one study showed that anti-vaxxers who still believe the fraudulent study linking vaccines to autism are notoriously resistant to the hundreds of studies showing no association, but when calmly reminded of the devastating effects of diseases like measles, mumps and rubella, three times as many change their attitude. Breaking through the cement of hardened opinions takes time and patience—don’t expect changes to happen overnight.

BILL SULLIVAN is a professor of pharmacology and microbiology at the Indiana University School of Medicine in Indianapolis, where he studies infectious disease and genetics. An award-winning researcher, teacher, and science communicator, Sullivan has been featured in a wide variety of outlets, including CNN, Scientific American, Cosmos magazines, PLOS SciComm, The Naked Scientists, and The Scientist.

Where Romance and Pop Culture Live Happily Ever After.
All Posts
PrevPreviousContemporarily Ever After: Top Picks for the Week of August 25th
NextBook of the Week: How to Love a Duke in Ten Days by Kerrigan ByrneNext