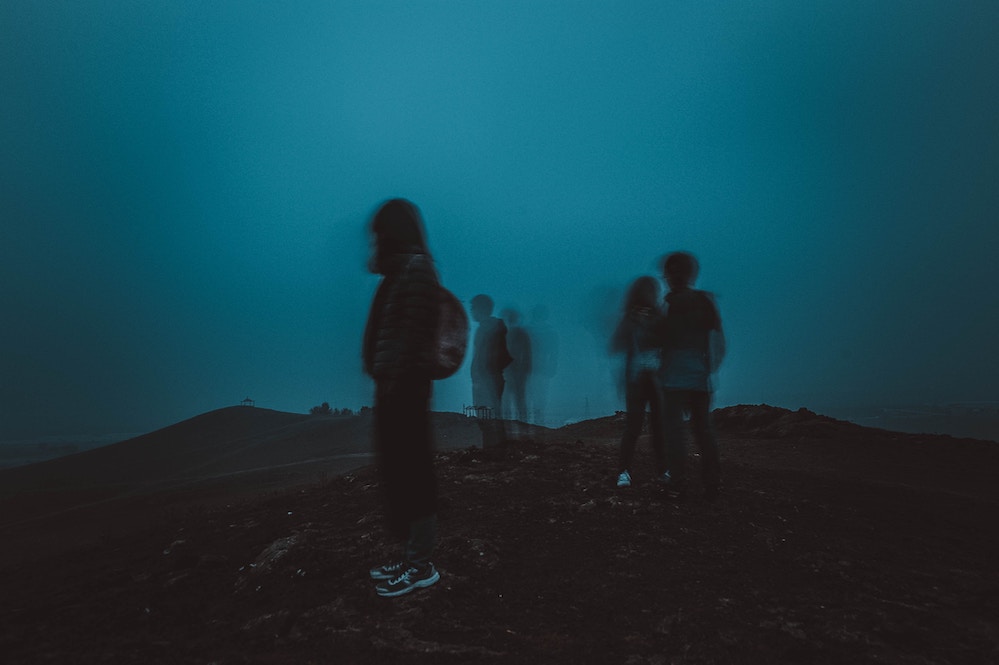 My grandmother was a witch. Okay, that may or may not be a stretch, but she was born on Halloween, she did have a fabulous herb garden, she had a “recipe” book that was handwritten, dusty, and mysterious, and her sense of humor was nothing short of wicked. My mother used to say she was the only daughter-in-law in the south that could call her mother-in-law a witch and get away with it. In my head, I always associated my grandmother with witchy vibes, so it came as no surprise to me when I began fancying myself as a bit of a kitchen witch at a young age. It’s in my blood.

Halloween is my favorite holiday. I adore all things witch, ghost, spooky and ghoulish. It’s just my jam, I don’t make the rules. Hello, candy and costumes, what more does one need in life? Shortly after I stumbled upon Kristen Ashley’s books many moons ago, I found her Ghosts & Reincarnation series. Since that time, I’ve made it my yearly October ritual to re-read the series. Five books in total, it is one of my favorite things on the entire planet. I am not a fan of re-reading. I hardly ever do it, but each October, it happens. Sleep is lost, dinners are late, emails go unanswered because Kristen Ashley’s Ghosts & Reincarnation series calls my name. Again, I don’t make the rules. This week’s #TBT honors all of the fantastic ghostly stories roaming around in Kristen Ashley’s head and the spectacular properties featured in the UK’s National Trust.

Each book can be read as a standalone, but there are a couple that have recurring characters. Reading them out of order will not detract from the story. The running thread through the entire series focuses on, well, ghosts and reincarnations, duh. Ashley uses many historical venues featured in the UK’s National Trust as settings. Old castles make for impressive ghost sightings. Each story has a ghost story at its core. Current day characters are introduced into the castles and end up being either directly related to said ghosts, reincarnated from the ghost, or necessary to rid the building of its menacing ghosts. Some of the spirits are bad, some are good, and sometimes you don’t know which is which until the very end. Also of note, the heroes are all incredibly tall, ridiculously handsome, insanely wealthy, and infuriatingly high handed – apparently, this is my catnip. You’ve been warned. Also of note, all main characters are of the more seasoned, mature variety. Kristen Ashley has been quietly writing main characters in the age group I enjoy reading since forever. 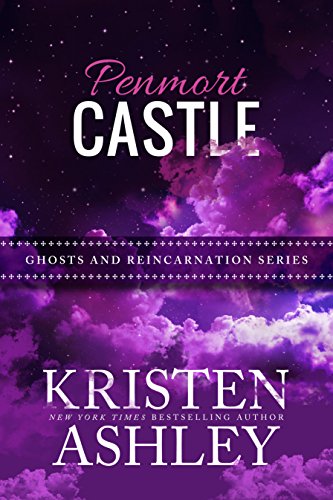 In Penmort Castle, Cash Fraser is a tall, dark, wealthy man of mystery. He’s also out to claim his rightful place in his estranged and suspiciously dead father’s castle. This castle has a nasty curse attached to it. It seems to be haunted by an angry dead woman that kills the wives of all of the castle’s owners. Abby finds herself in a financial pickle and ends up putting herself in a not so awesome situation. Luckily, the man that bails her out so to speak is none other than Cash. Now she just has to survive a week in this spooky castle. Is the bad guy the ghost or someone with an actual heartbeat? 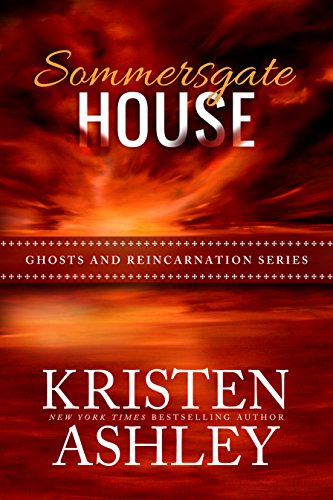 Sommersgate House might just be my favorite book in the series. At the very least, it has one of my all-time favorite scenes, especially if you require a good, old-fashioned, snotty, ugly cry. Will, Lizzie, and Ruby’s parents died in a terrible car accident. Their parent’s left them in the care of dad’s sister Julia and mom’s brother Douglas with the stipulation they’d have to live together in spooky but beautiful Sommersgate House. Douglas is a titled, rich, tall, dark, broodingly handsome, closed-off man of mystery with a penchant for disappearing for weeks at a time. Julia is a divorced American with a kind heart, a Midwestern attitude, no filter, and nerves of steel. Our ghosts are the married couple that built the house. Sweet little Ruby is only four years old when her parents die. Since their death, she has taken to speaking in her loudest outside voice, inside, all the time. Other than that feature, she seems to be handling the loss in a fine way. Julia is determined to make the kid’s first Christmas without their parents the very best. After a lovely Christmas celebration, our dear sweet Ruby has a meltdown that is so beautifully written, even knowing it’s coming, and having read it no less than 20 times, still makes me sob uncontrollably. Gutted I tell you, absolutely gutted every damn time. Everyone who reads Kristen Ashley knows she writes children and teens exceptionally well. She fleshes them out, gives them unique and endearing personalities without making them cliché. She is a master at writing kids into stories, and Ruby is one of her very best. Also, the epilogue in this book is nothing short of glorious. 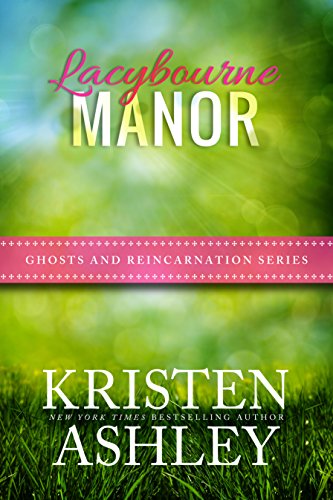 Lacybourne Manor is the story of Colin Morgan and Sibyl Godwin, or is it the story of 1522’s Royce Morgan and Beatrice Godwin? Royce and Beatrice were murdered on their wedding day back in the 1520s. Flash forward to today, and Sibyl is an American living in England that looks identical to the dark-haired Beatrice except with blonde hair. Colin is the lord of the manor (tall, wealthy, handsome, mysterious, and, you guessed it, high handed and brooding) dark hair living incarnation of blond Royce. This is, obviously, the reincarnation portion of the series show. A malevolent force inhabits Lacybourne Manor and will let nothing stand in its way to murder the castle’s owners. The added bonus in this book is, Sibyl works at an old-age home filled with hysterical pensioners that will win your heart and maybe just save the day. 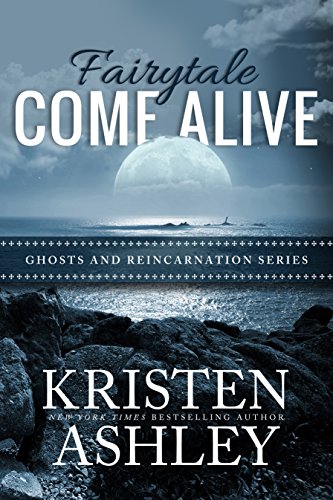 Fairytale Come Alive is a fan favorite. Isabella and Prentice’s story is a devastating second chance romance. Isabella’s seemingly perfect life is a farce. She puts on a brave face, much to the demise of her mental well-being, to portray the wonderful character her wealthy family has forced her into. Prentice is the boy next door that she had to leave behind.  When I use the term “devastating” to describe their story, I am probably not doing the tale justice. This story runs a close second to my favorite Ruby-girl from Sommersgate. In a strange twist of somewhat unfortunate fate, it is Prentice’s dead wife that has to guide these two to safety and back into each other’s arms. This book is so good and has a suspenseful element that will have you on the edge of your seat. 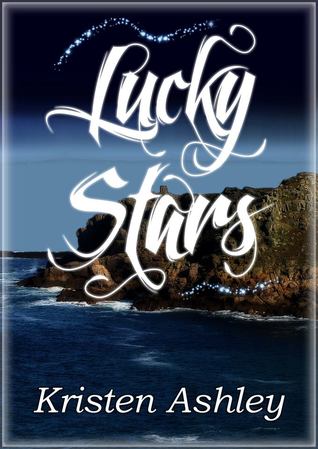 Finally, we come to Lucky Stars. Belle Abbott is painfully shy. Normally this wouldn’t be such a terrible thing, but Belle is also a media darling. She meets tall, dark, handsome, castle owner James Bennett at a party one night, and they experience a favorite trope of mine, insta-love. Unfortunately, Belle is at the party with a date, James’s brother, Miles. Thus, begins the building perils our star-crossed lovers must endure. Oh yeah, and James’s castle is haunted by two children who are being held there by the person that murdered them hundreds of years ago. This evil force is determined to deny the children’s reunion with their beloved parents. Oh, and Miles is a dick. James and Belle require the services of a white witch, Cassandra, and a Scottish ghost hunter Angus to rid the castle of evil forces, keep our hero and heroine safe and basically kick some bad guy ass. Ashley also gives us a couple of secondary characters that I’m still holding out hope they will one day get their very own happily ever after.

If you haven’t stumbled upon the exciting world of Kristen Ashley’s Ghosts and Reincarnation series. Grab yourself some cider, a bag of Halloween candy, and dive in. The emails can wait for another day; you won’t regret it!

Donna Soluri started in the book world as Scandalicious; now, this almost empty nester is going her own way. A lover of cupcakes, champagne, old-school rap, and Harry Styles she likes to read books with characters closer to her age still romancing and kissing and causing trouble.
All Posts
PrevPreviousExclusive: Excerpt of Bad for You by Taylor Holloway
NextExclusive: Cover Reveal of Real Men Knit by Kwana JacksonNext