Texts From A: The 22 Most Buckwild Moments from Season 3 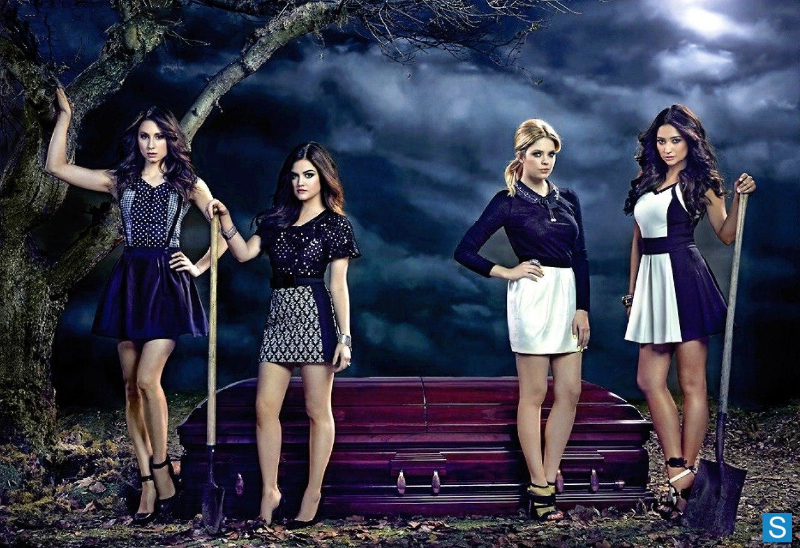 Hello, friends, and welcome to Texts From A, where I’m watching Pretty Little Liars for the first time and telling you all about it! Here we continue my season-by-season binge, this time with season 3.

We last left our girls with the shocking (and for me, mildly embarrassing) revelation that Mona was A.

Listen. I’m into season 5 now so I can tell you that there are about a million A’s and I need some kind of comprehensive timeline as to who was A when and which A did what. I think we can say that Mona was the only A from the first two seasons, but, uh.

We’ll get into that later. Maybe my wrap-up post will be My Understanding of the “A” Timeline, only it’s just this: 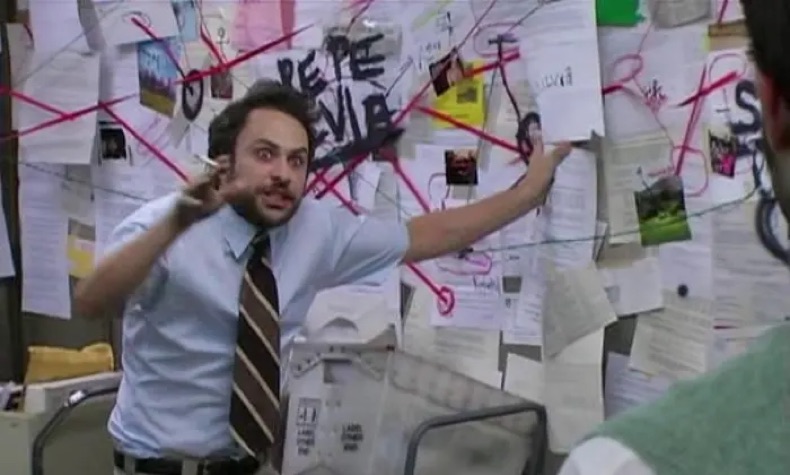 But for now, let’s focus on season 3, and some of its most buckwild moments. 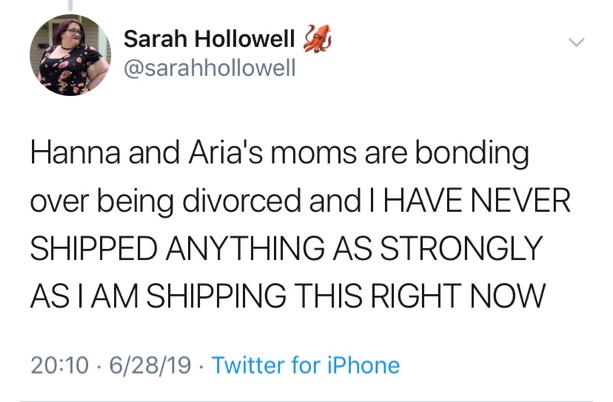 2. When that student – who, okay, to be fair, is long graduated, and has a name, it’s Meredith – becomes a teacher at Rosewood High and acts like Aria or Piper being upset by this is, like, super unreasonable.

3. I’ll be honest with you, I can’t even get into the whole existence of CeCe right now.

4. When we find out that Ezra is secretly SUPER FREAKING RICH and that his mother is the worst. 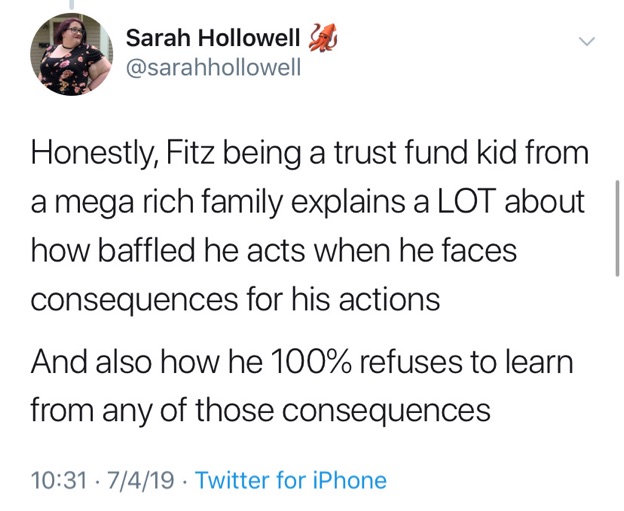 5. When Ezra’s brother, Wes, lets it slip that Ezra got a girl, Maggie, pregnant in high school and their mom bribed her to basically disappear off the face of the Earth.

6. And then when Ezra found Maggie, and Aria went undercover to talk to her and discovered that Maggie has a kid the right age to be Ezra’s kid.

7. When Aria doesn’t realize she’s in way over her head and dump Ezra to get together with his cute, charming, and much more age-appropriate younger brother. 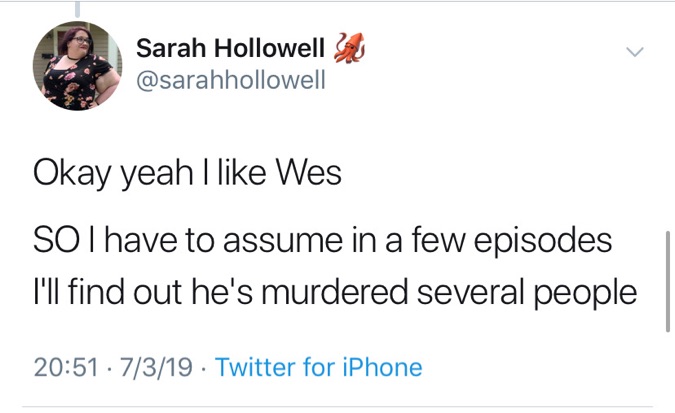 8. When it’s revealed that Maya’s “cousin”, Nate, who I’d finally started to trust, is actually her stalker and he tries to kill Emily, but she kills him in self-defense instead!

10. When Aria finds evidence that maybe, just maybe, Byron’s the one who killed Alison.

11. When we see a flashback THAT SHOWS ALISON’S HAND STICKING OUT OF THE GROUND WHERE SHE WAS BURIED ALIVE.

12. When Meredith drugs Aria for days, making it look like she just as the flu, so she can search for the hidden incriminating pages from Alison’s journal. 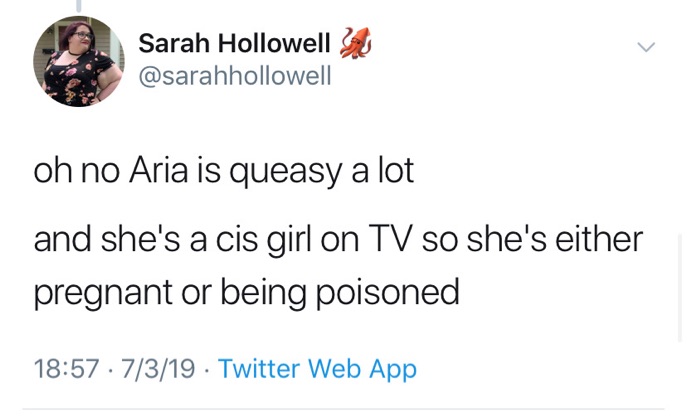 13. When Meredith completely loses it, attacks Aria, and locks her, Emily, and Hanna in the basement.

14. When I was torn back and forth because seriously, Lucas and Melissa, where do your freaking loyalties lie? I keep liking and trusting them again and then SOMETHING HAPPENS and UGH JUST TELL ME ALREADY.

15. When Wren is back and tries to date Spencer because…god, why not, I guess, not like she’s still a literal high schooler, you creep.

16. He and Hanna also have some Moments, because, you know. WHATEVER.

17. When Hanna’s mom RUNS OVER Detective Creeper/Wilden with her car! 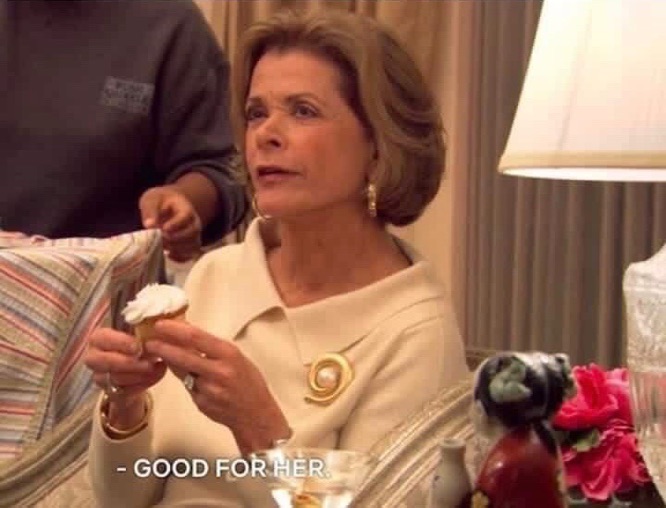 17. And then when his body disappears.

18. When poor, sweet Spencer has a total breakdown over all the stress from, well, everything, and ends up admitted to the same mental institution where Mona stayed after being caught.

19. …Followed very shortly by Spencer joining the “A” Team.

20. When the girls form a convoluted plan to find the real leader of the “A” Team – currently known only as Red Coat – only to have everyone discover that no one, not even Mona, knows who Red Coat is! Also, Spencer isn’t really working with Mona/A, and neither is Toby.

21. When the sightings of Alison start to get a little more tangible. We’ve seen her in the past talking to the girls, but always when they’re half-asleep or sick or drugged, so you can’t tell what’s real.

22. When the season ends on Alison’s hand sticking out of her grave…and being grabbed by someone else, who starts to pull her out.

I can’t remember if I ever publicly theorized that Alison was alive all along, but just for the record, I did theorize it very early on. YOU CAN’T MAKE A FOOL OUT OF ME THIS TIME, PRETTY LITTLE LIARS!

Sarah Hollowell is a fat Hoosier writer working to up the magic quotient of Indiana. She's been published on Huffington Post, Fireside Fiction, and Apex, among others. She spends most of her time binging podcasts and needle felting characters from Animal Crossing.
All Posts
PrevPreviousThe Beauty of the Quiet Romance
NextDaily Frolic: ‘The Marvelous Mrs. Maisel’ Has Its Own Lipstick on Amazon!Next