The Anatomy of a Story by Laura Trentham 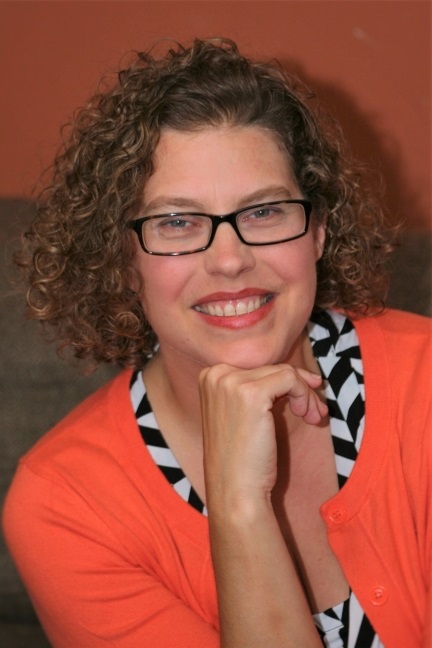 [Note from Frolic: Today, we welcome author Laura Trentham to the site. Take it away, Laura!]

Before I landed in Highland, Georgia, I wrote a series of six books set in the town of Cottonbloom. It was a town which straddles the state line of Mississippi and Louisiana and is the definition of quirky with a split personality. I knew Cottonbloom inside and out, but it was time to move on, and I was tasked to come up with a new small-town series by my agent. Not an easy task! I mulled over it for a good month while I worked on other things, wanting to come up with a town that was just as unique and quirky.

Then, one evening while I was making dinner, a commercial came on. It was advertising a car, but the gist of the mini-story was that a grandson picks his grandmother up from the airport and she says saucily, “I did a lot of shopping in Italy.” From behind her luggage steps an Italian gentleman with a huge grin on his face. The grandson is shocked but loads the man’s luggage into the (spacious) trunk and drives away from the airport with his grandmother and her new Italian boyfriend. Of course, my writer brain kept wondering what happened next and twisted it into an entire story!

So, I had the bones of a story, but I still needed a town which in my books is a character unto itself. I knew it would be in the South. I’m a Southerner, and I understand the people and the cadence of speech. I started by eliminating Southern states where I had already set series. (Alabama, Mississippi, Louisiana, Tennessee, and North Carolina were out!) I then did my favorite thing and got out an old-fashioned paper atlas and focused on Georgia and South Carolina.

By this point, I knew the “grandmother” in my story wouldn’t be bringing an Italian home, but a Scotsman, because…kilts, duh! Then I spotted Helen, Georgia on my map and everything clicked. If you aren’t familiar with Helen, it was transformed into a German Village forty-plus years ago to be a tourist draw to rural north Georgia in the foothills. They celebrate Octoberfest every year, and it’s super cute and fun.

I twisted that concept and created my little town of Highland, Georgia. It was a typical down-on-its-luck small town losing residents to bigger cities and dying a slow death, until the town is reinvented into a Scottish-themed village to draw tourists ready to spend money. Every summer sees Stonehaven, a large estate at the edge of a state forest, hosting the Highland Games. The shops along Main Street have embraced everything Scots. There’s even a kilt haberdashery. In A Highlander is Coming to Town, the third book in my series, the heroine introduces the Scottish tradition of a Burns’ Night Festival to Highland.

Come visit Highland, even if it’s only in my books!

Laura Trentham is an award-winning author of contemporary and historical romance, including the Cottonbloom, Heart of a Hero, and Sweet Home Alabama series. She is a member of RWA and has finaled multiple times in the Golden Heart competition. A chemical engineer by training and a lover of books by nature, she lives in South Carolina. 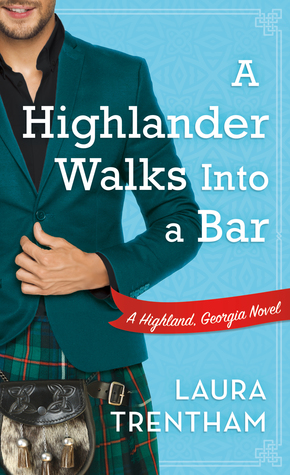 A Highlander Walks into a Bar by Laura Trentham

Isabel Buchanan is fiery, funny, and never at a loss for words. But she is struck speechless when her mother returns from a trip to Scotland with a six-foot-tall, very handsome souvenir. Izzy’s mother is so infatuated by the fellow that Izzy has to plan their annual Highland Games all by herself. Well, not completely by herself. The Highlander’s strapping young nephew has come looking for his uncle.

Alasdair Blackmoor has never seen a place as friendly as this small Georgia town — or a girl as brilliant and beguiling as Izzy. Instead of saving his uncle, who seems to be having a lovely time, Alasdair decides he’d rather help Izzy with the Highland Games. Show her how to dance like a Highlander. Drink like a Highlander. And maybe, just maybe, fall in love with a Highlander. But when the games are over, where do they go from there? 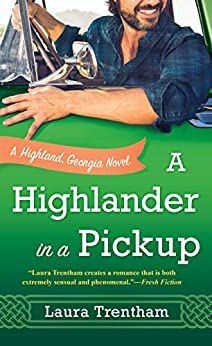 A Highlander in a Pickup by Laura Trentham

When a gorgeous new man — in a kilt — comes to town, life in Highland, Georgia will never be the same.

Iain Connors is the poster boy for the strong and silent type. Growing up a loner at Cairndow Castle in Scotland with only the cliffs and moors for company, it’s understood Iain will assume the mantle of Cairndow groundskeeper when his father is ready to relinquish it. But his stint in Her Majesty’s Armed Forces has opened up a whole new world — and now, rather than settle down, he accepts an invitation to travel to the States to take charge of the Highland Games. After all, he’s led men into battle, how hard can planning a party be?

Anna Maitland is ready to step up for her best friend Isabel Blackmoor, who can’t run the Games in their hometown this year. Surely Anna, a dance instructor with boundless energy, spirit and charm is up for the challenge? What she doesn’t anticipate is a man in a kilt who turns up claiming he’s the one in charge. What’s worse about Iain? He’s so infuriatingly handsome that she can’t help but fantasize about him whispering sweet-nothings in her ear in his rumbly, sexy brogue. 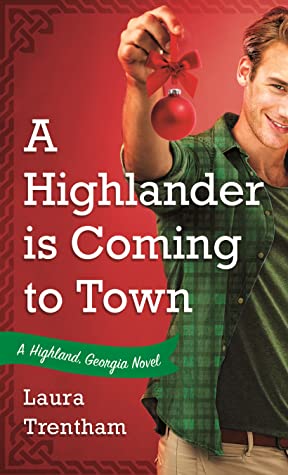 A Highlander Is Coming to Town by Laura Trentham

Holt Pierson is dreading Christmas. His parents absconded to Florida for the season and left him to handle the family farm which will be his one day — whether he wants it or not. Driven by duty, Holt has always followed the path expected of him. But lately, he’s been questioning what he wants and where he belongs. Will assuming the responsibility of the Pierson farm make him happy or is there something — or someone — else out in the wider world calling to him?

To Claire Smythe, the Scottish lead singer of a touring band, Highland, Georgia, is the perfect place to hide…until a very handsome and deeply curious Holt begins to ask all the questions Claire doesn’t want to answer. As Holt draws Claire out from under and into the fabric of small-town life, can Claire put the past behind her and embrace the unexpected gifts of the season — including a new and lasting love?

Keira Soleore writes for the International Examiner and Cogitations & Meditations. She enjoys connecting with readers on Twitter (@keirasoleore) and through her website (www.keirasoleore.com). Her interests include medieval manuscripts, philosophy, poetry, picture books, choir, sunshine and beaches. Keira is a pseudonym.
All Posts
PrevPreviousGet in the Halloween Spirit with these Paranormal Romance Titles by NJ Walters
NextExclusive: Under a Winter Sky Anthology Cover RevealNext