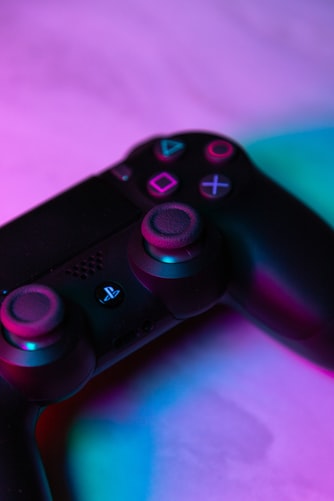 [Note from Frolic: Today, we welcome author Jenn Burke to the site. She’s sharing her picks for video games perfect for queer romance lovers. Take it away, Jenn!]

By now, everyone involved in Romancelandia knows that there are a ton of amazing queer romances being published every day. No matter what pairing you’re looking for, you can find it in romance: male/male, female/female, characters that are gay, bisexual, pansexual, asexual, transgender, non-binary…you name it, you can find it.

But how I found my way into reading (and writing!) queer romance was through video games. I’m going to share two franchises and one standalone game that I think you should check out if you want to put some gay into being a gaymer.

In this action roleplaying series from BioWare, you play Commander Shepard, a human special forces officer who’s a galactic badass. You can choose to play a male or female Shepard. In the original game (Mass Effect), your choices for an LGBT romance are very limited—you can romance Liara, a female alien, as both male and female Shepard, but that’s it. Mind you, the game originally came out in 2007, and representation in games has improved a lot since then. I’ve heard rumors that they originally intended another character (Kaidan Alenko) to be a same-sex option for male Shepard, but cut that before release. (There’s a remastered edition of the trilogy releasing on May 14, 2021, and I hope—fingers and toes crossed!—that they’ve reinstated it.)

As you investigate the mystery of the Reapers and an impending galactic extinction event (yes, there are lots of battles, with laser guns and space magic), Shepard builds relationships with their crew and other allies, and some of them can be romantic. By the third game in the trilogy, there are three same-sex options for female Shepard and two for male Shepard, and the repesentation is across the rainbow flag (gay, lesbian, pansexual and bisexual). I also like to think one of your companions is asexual, since he flirts relentlessly with female Shepard but never follows through, and he gets flustered if you flirt back.

It’s hands-down my favorite game series of all time. Hell, I named my dogs after characters in it!

As much as I love Mass Effect, Dragon Age: Origins, the first game in BioWare’s Dragon Age series, holds a special place in my heart. I met my best friend and Chaos Station co-author, Kelly Jensen, in the fan forums for the game in 2009, where we chatted for hours about the characters, analyzing their personalities. I’m also (still!) fascinated by how they handled the lore of the universe, especially in the first game—but I digress.

The Dragon Age series is set in a world known as Thedas, which is threatened every few hundred years by blighted creatures that emerge from the depths of the earth to taint everyone and everything they come into contact with. Then there’s all the political intrigue and maneuvering, and the fact that nearly every character you come into contact with is telling you a version of the truth that may or may not be actually true.

Right from the first game, you have LGBT options for the romance. In Dragon Age: Origins, there are two bisexual characters. In Dragon Age II, all of your romanceable companions (except one) are bisexual—which caused quite a bit of controversy among fans at the time (2011), but I thought it was a great way to let players take control of their experience. In Dragon Age: Inquisition, there are two same-sex options for a male Inquisitor (one who’s bisexual—and kinky!—and one who’s gay) and two for a female Inquisitor (one who’s bisexual and one who’s a lesbian).

Dragon Age: Inquisition has an important trans side character as well, who’s treated with a ton of respect by all of the other characters. Unfortunately, he’s not romanceable. *sad face* 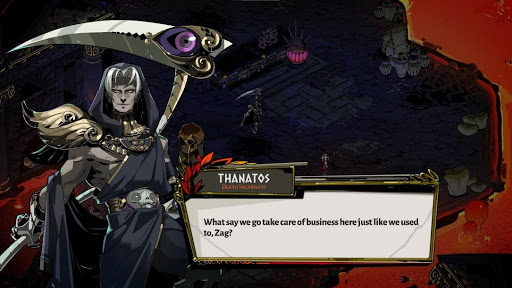 Yes, a non-BioWare game made my list! The concept of Hades, by Supergiant Games, is pretty simple: You play Zagreus, the son of Hades and Persephone, who’s desperate to escape the Underworld to search for Persephone on the surface. You have to fight your way through Tartarus, Asphodel, Elysium, and finally through the Temple of Styx, and if you die before you escape, you end up back in your father’s house, ready to start the whole process over again and hopefully get farther.

When someone first told me about the mechanics of the game, I wasn’t sold. Who wants to start all over again when they die? But believe me, it works for this game. Every time you work your way through a level, it’s different. You have the opportunity to get different boosters from various Olympian gods to help your quest to get to the surface so you can visit with them (or so they think). You have different weapons to choose from, as well—basically, every run is almost a new game. It’s a hell of a lot of fun. Uh…no pun intended. And when you end up back in the House of Hades (and you will!), you’ve got people to talk to and get to know.

One of the greatest things about the game is how your relationships develop with other characters, and not just romantic relationships. There’s the fractious relationship with Hades, your father, that mellows over time; there’s also the growing relationship you have with Persephone, your mother. And yes, there are romance options too, one of which is with Thanatos, the God of Death. There’s also the possibility to have a polyam relationship as well.

You can also choose to help Achilles, your mentor, reconnect with the man he loved and lost, and for whom he sacrificed himself to secure his love’s place in Elysium. And while it’s not canon, there is a fandom ship of King Theseus and Asterius (the Minotaur) who are the boss fight for one of the levels. If you go looking for fan art, be warned that some of it is really, uh, explicit!

It used to be that it was a rarity that you would be able to play a female character in a roleplaying game, but that slowly changed. In the same way, we’re seeing more and more LGBT representation in video games, and that can only be a good thing.

Have you played other video games with queer romance options? Give me a shout on Twitter (@jeralibu) to let me know about them!

Jenn Burke has loved out-of-this-world romance since she first read about heroes and heroines kicking butt and falling in love as a preteen. Now that she’s an author, she couldn’t be happier to bring adventure, romance, and sexy times to her readers.

Jenn is the author of The Gryphon King’s Consort from Dreamspinner Press and the co-author of the critically acclaimed Chaos Station science fiction romance series (with Kelly Jensen) from Carina Press. She’s also the author of Her Sexy Sentinel, a paranormal romance from Entangled Publishing.

She’s been called a pocket-sized and puntastic Canadian on social media, and she’ll happily own that label. Jenn lives just outside of Ottawa, Ontario, with her husband and two kids, plus two dogs named after video game characters…because her geekiness knows no bounds. 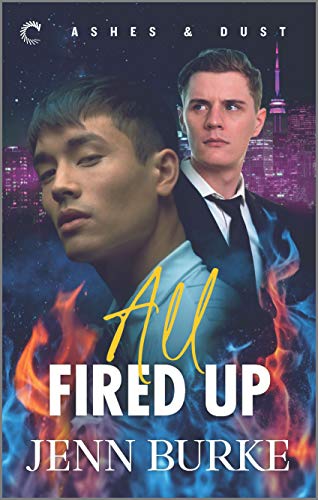 All Fired Up by Jenn Burke, out now!

Paranormals are dying. All over the city, with no explanation and only one thing in common: their magic is missing.

Vampire and private investigator Evan Fournier isn’t supposed to be taking on paranormal cases, but when the murderer hits close to home, he agrees to look into it. The last thing he expects is to become a target himself—and then to become irrevocably bonded to the man who just tried to kill him.

With his memory gone and his soul bonded to a stranger, former firefighter Colin Zhang wants to be anywhere else. He doesn’t have a damn clue why he just tried to kill Evan, and he didn’t even know about magic until just now. The sooner he can get back to his real life, the better.

But every time either of them tries to leave, pure agony stops them short. Forced to work with Evan or suffer the consequences, Colin must excavate the secrets buried in his missing memories while battling two rising threats: the conspiracy behind the murder, and his mutual attraction to the bond mate he never wanted.

Where Romance and Pop Culture Live Happily Ever After.
All Posts
PrevPreviousBook of the Week: Tokyo Ever After by Emiko Jean
NextRapid-Fire: A Chat with Author Kelly BowenNext