The Brotherhood of Deep Ops 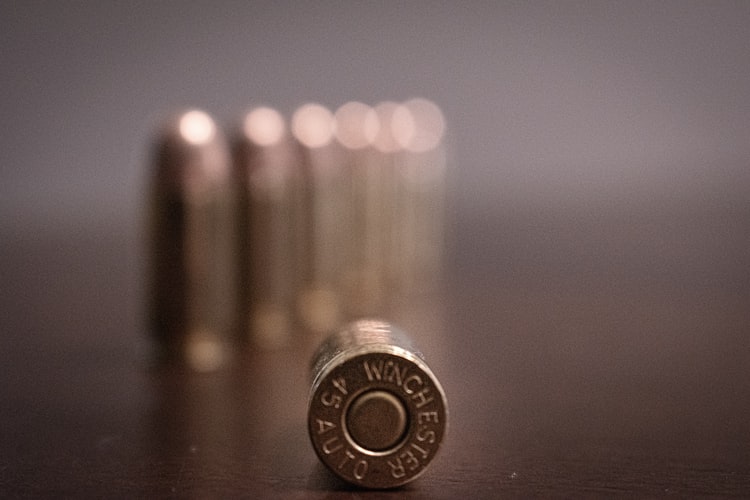 [Note from Frolic: This post is brought to you by our friends at Kensington. Looking for your next deep-ops romance? Look no further than Broken by Rebecca Zanetti, out now!]

In Rebecca Zanetti’s latest romantic suspense series, Deep Ops, the third book, Broken, tells the story of Clarence Wolfe and Dana Mulberry. Wolfe lost his entire special forces group in a mission gone FUBAR at the hands of the team’s traitorous leader. Reading this made me think about the unique dynamics series of this ilk that focuses on the interpersonal relationships of a ragtag group of people, typically alpha men, many refer to as a “band of brothers.” These men usually have a military or law enforcement background that ended poorly. I mean, let’s face it, relationships of any sort rarely end well; otherwise, they wouldn’t end, right? I love reading these sorts of interconnected stories; each book focuses on a different character, deep-diving into the past situation that landed them in this new group and of course, sets up and delivers a happily ever after…all with bullets flying and kidnappings and peril around every corner. I love how the Deep Ops series’ heroes are perfectly imperfect, yet their individual skillset complements the larger group in invaluable ways. In Broken, Wolfe is a highly trained paramilitary mercenary who can parachute in undercover of night, blow up the bad guys in distant lawless territories, and make it back home in time to save his woman and team from a psychotic killer. I mean, it’s a lot but all in a day’s work.

Let’s take a moment to look at the makeup of the Deep Ops series band of brothers. The newly-formed somewhat off the books but still on the books Homeland Defense Department is the focus of the story. The leader of the group, Angus Force, is well, a force to be reckoned with. A former profiler, he understands the inner workings of a villain’s brain far too well. In fact, his hunt for a crazed, sadistic serial killer presumed dead has driven Force into a dangerous spiral of self-medicating with alcohol. It also doesn’t help that the team’s K9 is a raging alcoholic…yes, you read that right, Zanetti, in her trademark humor, gives us an amazingly heroic yet wildly alcoholic dog with a penchant for snacking on designer shoes. What is life if you can’t laugh, right? Honestly, Roscoe is a vital member of the team and ranks a mention right up there with his human handlers. Like his human counterparts, he always gets the job done, but he has enough issues to fill a canine psych 101 textbook! Malcolm West is a former undercover cop, Raider Tanaka was a Federal agent. Jethro, a former MI6 operative, current college professor, is still a bit of a mystery. He’s a friend of Force’s, and I’m not completely clear on how he fits in, but I can certainly tell you the man with his sexy professor British accent can get it. Each man has his own unique personality and harrowing backstory. Each man also brings a particular and necessary skill set to the group.

Not to be outdone by the fellas, Deep Ops gives us a group of equally talented heroines. Much like the way the men complement each other, the women in their lives are the peanut butter to their jelly. Dana is the investigative reporter that takes no bullshit from the uber intimidating Wolfe. Pippa feeds the soul of Malcolm in ways he never dreamed possible. Brigid is an ex-con hacker that gives Raider purpose. And we can all see that team shrink Nari is the one person holding Angus Force together whether he accepts that or not. (Nari & Force get the next book, Driven which is out early 2021). And my spidey senses predict Jethro and a certain introverted codebreaker/cryptologist burning up the sheets, but that could just be wishful thinking on my part!

I have a long history of loving dynamics like this. One of my favorite band of brothers and the partners that manage the chaos is none other than Kristen Ashley’s Rock Chick series. For every outstanding Rock Chick heroine, there is a deliciously, often broken to some degree Hot Bunch hero at or affiliated with Nightingale Investigations. I will go to my grave, extolling the cold hard facts that Rock Chick Reckoning’s Mace is the best, and Stella is the most awesome. Fight me. 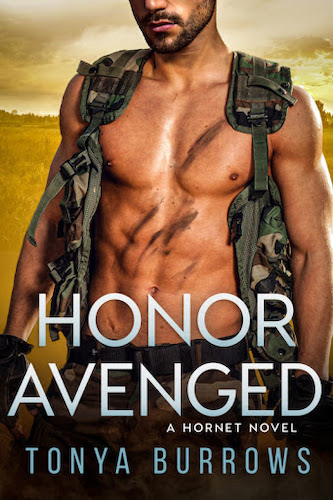 Having recently read Tonya Burrows’ latest Honor Avenged, I can also add the Hornets series to the favorite band of brothers hotlist. In Honor Avenged, Danny gets the double whammy of being secretly in love with teammate Danny’s wife, an attraction he’s had since his youth and the guilt of watching Danny die on his watch. He respectfully pushed aside his feelings for Leah until the bad guys that killed her husband set their sights on her and her young and bereaved children. I don’t know about you, but the more anguish, turmoil, and flat out broken qualities a hero has to overcome to settle into love and a happily ever after, the better. It’s my own personal reading catnip, and I will never change.

In the world of paranormal romance, the concept of a band of brothers gets a whole new immortal twist. One of my all-time favorite examples would be Dianne Duvall’s Immortal Guardians series. Our fearless leader Seth protects and corrals and a team of male and female warriors tasked with protecting humans from deadly rogue vampires. If you’ve not read this series, start with Darkness Dawns. It sets the stage and builds the world with the added bonus of being placed in my favorite city, Chapel Hill, North Carolina. You can not go wrong when a team of immortal warriors bond over a shared existence, build a found family and complement each other’s enhanced skills while patrolling your own backyard. The world knows no limit to my love of this series.

2 thoughts on “The Brotherhood of Deep Ops”

Donna Soluri started in the book world as Scandalicious; now, this almost empty nester is going her own way. A lover of cupcakes, champagne, old-school rap, and Harry Styles she likes to read books with characters closer to her age still romancing and kissing and causing trouble.
All Posts
PrevPreviousExclusive: To Catch An Earl by Kate Bateman Excerpt
NextTrope Rec Tuesday: The Romance Books Perfect for SummerNext