The Can’t-Look-Away Success of Love Is Blind 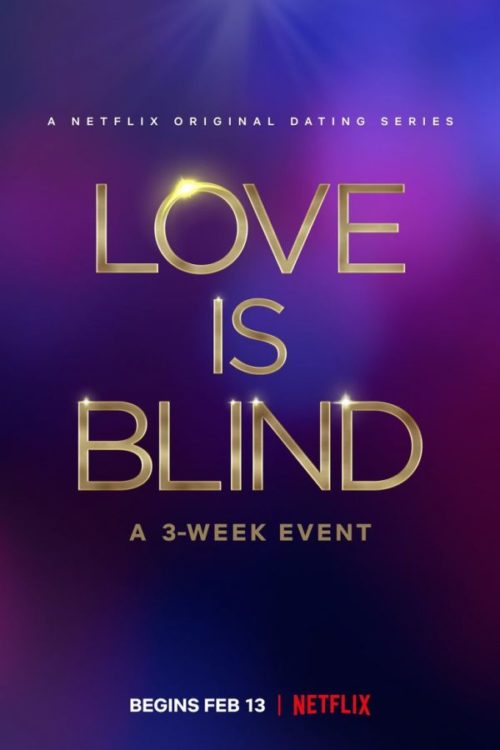 Conventional wisdom says that love takes time, is built on long-term trust, and needs to be based on shared values and virtues.

But sometimes, when you know, you know.

And when I finished the first episode of Love Is Blind, I just knew…this goofy show and I were meant to be!

If you haven’t checked it out yet, Love is Blind is the hit Netflix reality show that took my social media feed (and my entire day off) by storm. The process of the reality show happens in roughly three stages:

Stage One: Many men and women spend up to 10 days living in an “experiment,” in which they meet each other, go on “dates,” and hopefully form a connection that’s strong enough that they will end up engaged! The only catch? They meet each other in secluded rooms (called “the pods”), separated by a thin wall…and though they can talk and talk and talk, they do not see one another until they decide to get engaged.

Stage Two: Engaged couples go on a honeymoon of sorts to a Cancun resort. ALL the couples are at the same resort, though…so when they meet one another there’s still potential for dramaaaa.

Stage Three: The engaged couples then move in together in a simple one-bedroom apartment. Can their love survive now that they’re back in the real world??

In the final episode, we get a series of straight-up weddings in which we find out if both partners are ready to go through with marrying someone they got engaged to before they saw one another.

Oh, and did I mention that this entire process happens in less than 40 days?!?!

I’m not alone in my adoration for Love Is Blind–in its second week it topped Netflix’s charts and became its number one streamed show!

So, what are the things that make this “experiment” the surprise reality hit of 2020?

One of the things that makes Love Is Blind can’t-look-away television is its combination of traits from other hit reality shows. It’s a Frankenstein’s Monster of the romantic getaways and hometown weekends of The Bachelor, the speed and intensity of 90 Day Fiancé, and the everyday drama of long-lasting franchises like The Real Housewives.

The initial time in the pods is compelling, of course. But the producers of Love is Blind  absolutely know what they’re doing when they set up the engaged couples at the same resort and the same apartment complex.

The forced socialization already has potential for bristling interactions. Then we get juicy tidbits during which contestants meet the people who jilted them back in the pods and things get deliciously awkward.

And if you live for the strangeness of hometown weekends on The Bachelor, imagine having to explain to two sets of families that you got engaged sight unseen!

The strands of classic reality tv DNA that make up Love is Blind ensure that viewers will get hooked on the various bizarre twists of the Netflix hit.

The Comfort of Low-Budget Reality TV

Disclaimer: I don’t actually know what the budget of Love is Blind was. For all I know, Netflix spent a heebity-jillion dollars on making and promoting their “experiment.”

Buuuuuuut it seems to me that Love is Blind was made on a relatively low budget, which is somehow part of the charm.

For those wondering why I suspect the budget wasn’t sky-high, I present a couple of context clues:

*At one point, when the frosted doors slid open to reveal contestants to one another, I got the distinct impression that they were made of a frosty plastic-y substance and not some sort of glass.

*Most shockingly: when one bride discusses wedding details with her fiancé, she says that her dress alterations will be a bit expensive and she would rather opt for some real flowers. This leads me to believe that production covered part of the weddings, but for all we know the budget per couple might as well be nothing.

Let’s not lose sight of my main point, though…all the little low-budget touches somehow make the show endearing. The common rooms shared by the men and women during the experiment and the low-budget weddings remind me of the reality television I was raised on.

The high concept of the show didn’t hide the fact that its style was reminiscent of the earliest seasons of America’s Next Top Model and shoestring budget cable reality shows of yesteryear.

Though the drama of Love is Blind is what reeled us in and kept us watching, I stand by my claim that the low-budget aesthetic kept me awash in nostalgic trash tv vibes.

Love Is Blind Gave Us Couples We Could Root For

In the mix of engaged couples that make me say, “yiiiikes,” or “Oh honey, noooooo! You deserve someone better,” there are some shining couples whose love and chemistry light up the screen.

For example, the awkwardness of family meetings is broken up by the warmth of Kelly and Kenny meeting each other’s families and being met with a wave of support from people who love them and just want to see them happy in a flourishing future.

There’s also Lauren and Cameron, the interracial couple whose spark of chemistry inside and outside the pods never failed to cause a cheesy grin to erupt on my face. They were, without a doubt, my personal favorites that kept me watching.

Love is Blind would have been fine if viewers just got a big ol’ serving of drama and frenzied love stories. However, its popularity is clearly due in part to the fact that at least sometimes there are couples who seem genuine and head-over-heels for one another throughout the process.

Look, I can’t claim that Love Is Blind is prestige tv. It’s quite the opposite. In spite of the low budget, shallow concept, and obvious moments of producer intervention and manipulation, it still manages to be one of my favorite pop culture morsels of 2020 so far.

If you need to escape into a bonkers reality show with high stakes and a wide array of personalities, then do yourself a favor and jump into Love is Blind.

Erin Phelps is a lover of swoony romance novels, superb television and movies, and splendid comedic podcasts! In addition to writing for Frolic, Erin works at a fun customer service-oriented job at a salon. Sometimes, she can even be found teaching Women’s and Gender Studies at her local college! Her love language is well-constructed pop culture references and her favorite treat is a caramel latte.
All Posts
PrevPrevious3 Query Tips that will Help You Turn #PitMad into a Publishing Deal
NextEscapism, Romance, and the Ecstasy of Writing Plus-Size CharactersNext