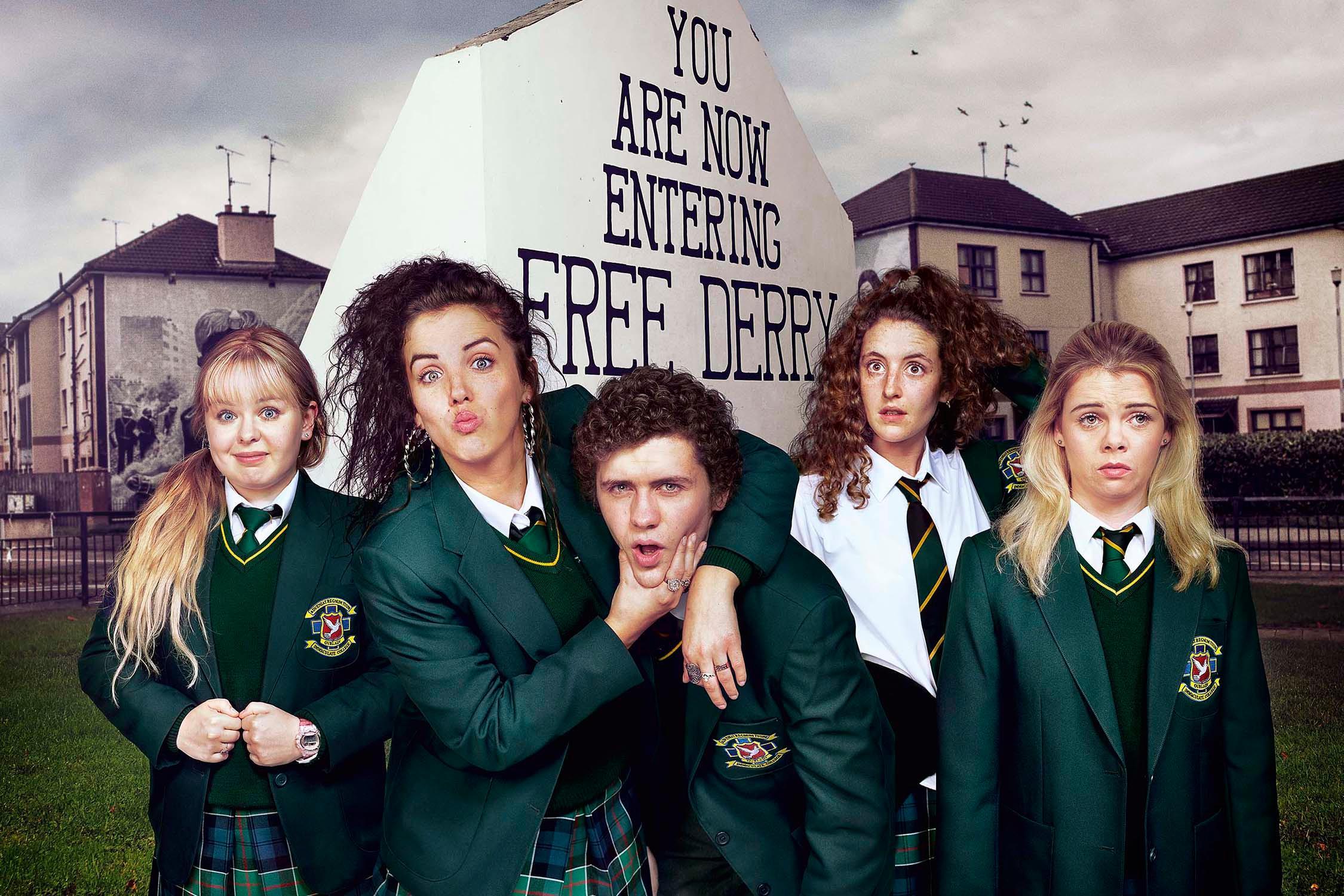 It’s a great time in entertainment to be a part of female ensembles. Harlots, Ocean’s 8, and Girls Trip are simply a few of the more recent additions to ladies taking over media.

Good thing there’s room for a cheeky, Northern Irish comedy about a bunch of teenaged dickheads growing up in the early 90s.

Derry Girls is the eccentric, heartfelt show that has been airing on Channel Four since the beginning of last year, but has only just made its way to the U.S. via Netflix. Sure, maybe we need subtitles, and maybe some of the jokes and slang go over our heads. But it’s a beautiful show about a group of weirdos that’s impossible not to love. Six episodes tell the story of ordinary people living in extraordinary times – and we can’t wait for season two!

1) It makes light of very serious circumstances... and pulls it the hell off

The never-ending debate about whether or not certain subjects can be joked about ends with Derry Girls. Taking place at the end of a decades-long conflict between Catholic and Protestant Irish, these girls do eccentric things like lust after a priest, ignite the local chip shop keeper’s living room, and lie about resurrecting a dog that was never really dead.

Using mostly music from the late 80s/early 90s, at least LISTEN for the nostalgia.

3) It's got some of the best insults we've ever heard

5) It portrays teens (straight and queer) wearing their hearts on their sleeves. Well, for being Irish, at least.

Where Romance and Pop Culture Live Happily Ever After.
All Posts
PrevPreviousLove YA: Three Young Adult Romances That Come Out On January 8th
NextRECAP: ‘Outlander’ Episode 410: The Deep Heart’s Core by Denny S BryceNext