The Fluffy Fun of Four Weddings and A Funeral 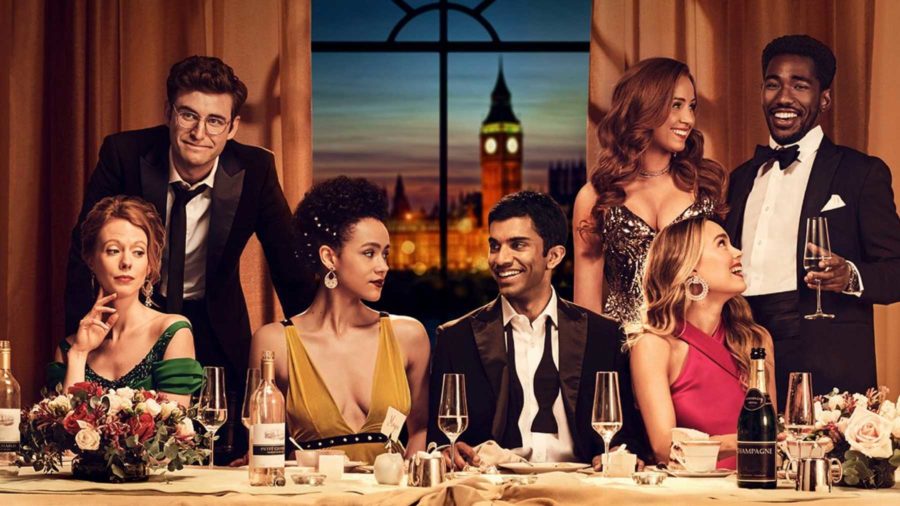 The new television series Four Weddings and A Funeral just wrapped up on Hulu, and I’ve got to say it’s the perfect pop culture choice to scratch anyone’s British rom-com itch.

The series focuses on four American friends who are living in London as they navigate professional issues, interpersonal dynamics, and, of course, love.

I’ll admit: the series got to kind of a slow start for me as it settled into its character types and exposition. I would catch an episode here and there when I was home alone and looking for quick entertainment. But as the season picked up I couldn’t stop watching. Soon, I binged multiple episodes to catch up during a day off work!

This show is charming, cute, and captures what we love about British rom coms. Here are a few reasons to check it out!

It Sends Up Some Of The Best British Rom-Com Moments!

Of course, the show is literally based on an existing British romantic comedy, and there are little touches that are reminiscent of its cinematic foremother. From a fun minor role for Andie MacDowell to a make-out in the rain, the show is happy to wink at the audience when it comes to living up to the original.

But there’s so much more than references for die-hard Four Weddings and a Funeral fans. For example, we have Heathrow airport arrivals gate and poster board signs with loving messages that send up Love Actually. It’s conveniently name-dropped that the characters live in Notting Hill, and the show re-creates a memorable sequence from the Hugh Grant and Julia Roberts film.  There’s even a heartfelt moment-turned-insulting-speech that’s reminiscent of Darcy’s first proposal in Pride and Prejudice.

If you’re a fan of rom coms (and if you’re hanging out here on Frolic, I’m guessing there’s a good chance you are), the Four Weddings and a Funeral series is likely going to give you at least some of the warm and fuzzy feelings that the genre is known for!

There Are Some Surprising Real-World Connections

As the show progresses, there are some surprising real-world political issues woven into the fabric of the plot.

One of the main characters, Maya, works for an openly gay politician who holds power in a very restrictive and traditional political party. Throughout the series, Maya and another supporting character who is jokingly named “Tony 2” push this person to think differently around issues of diversity, fairness, economic rights and immigration.

These are general hot-button issues, but with the latest political news coming out of Britain and the ongoing discussion of immigrant rights in the US, it was actually nice to see these topics treated seriously by an otherwise fluffy-seeming tv show!

I’ve previously shared my love for aesthetically pleasing television in my article about the USA show Playing House, but my love for a gorgeous show cannot be overstated.

It’s funny, because I’m personally all about representation of different body types in media, honesty about economic circumstances (HELLO, UNREALISTIC FRIENDS APARTMENT), and keeping it “real” in the media I consume.

Sometimes, though, you just need a show that’s so absurdly gorgeous that you are mentally transported to a simpler emotional state.

And when I say “absurdly gorgeous,” I don’t mean that Four Weddings and a Funeral is jam-packed with groundbreaking cinematography. I mean that the cast is made up of shockingly good-looking people. Their wardrobes are made up of stunning suits, fashionable statement pieces, and the kinds of bold choices that no one could get away with wearing in real life. The townhomes are decorated with expensive-looking wallpaper and furniture that is positively dripping in velvet.

It may be shallow, but I must admit: it’s fun to watch a show that makes me feel like I’ve stepped into an alternate universe full of uniquely stylish human beings.

If any of this sounds like something you’d like, the entire 10-episode season of Four Weddings and a Funeral is now available to watch on Hulu! And if you’re like me and already made your way through the series, feel free to tweet @onfrolic to tell us what you thought!

Erin Phelps is a lover of swoony romance novels, superb television and movies, and splendid comedic podcasts! In addition to writing for Frolic, Erin works at a fun customer service-oriented job at a salon. Sometimes, she can even be found teaching Women’s and Gender Studies at her local college! Her love language is well-constructed pop culture references and her favorite treat is a caramel latte.
All Posts
PrevPreviousDaily Frolic: Nobody Asked, but KFC Made a Dating Simulator Anyways
NextMeet the Bluewater Billionaire: Emily Stanton of The Price of ScandalNext