The Gospel According to Fleabag: The Scriptures 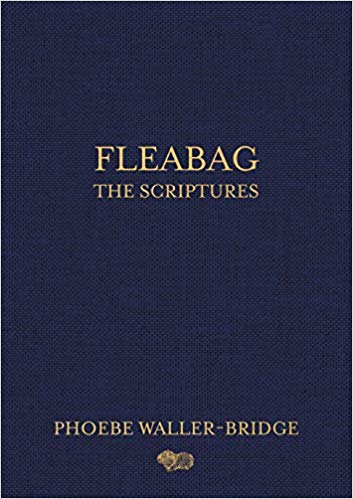 A day will come when there’s nothing else I can say about Fleabag…but it is not this day!

This particular piece of Emmy-Award-winning media means so much to me in so many ways that can sometimes be hard to describe. The second season’s spiritual undertones reminded me so much of a time in my life in which I was questioning things. Fleabag’s flawed feminism hits home more than I’d like to admit. And besides the personal connections, it’s just a refreshing piece of television that is so sure in its tone.

If you haven’t checked out Fleabag on Amazon yet, here’s a quick primer: Fleabag is a 30-something woman in London who is dealing with grief and other aspects of her life that are falling apart. She has a unique, sometimes difficult family, and deals with all of this by breaking the fourth wall and talking to the audience. In the second season, after some off-screen growth, Fleabag’s journey to self-improvement continues as she befriends a charming priest!

Fleabag: The Scriptures, a book full of Fleabag scripts with some additional material about the making of the show, was recently released. Suddenly, there’s a new opportunity to take a deep dive into the scripts to search for meaning and new morsels of comedy that we didn’t catch the first (or fifth) time.

So, what are some cool takeaways that make Fleabag: The Scriptures worth checking out?

Phoebe Waller-Bridge Has A Brilliant Mind That Produces Brilliant Writing

If you ever wondered whether Fleabag was worth the hype, the book of scripts will absolutely confirm why it won so many Emmys this year.

So many writers dazzle us with the number of words they can cram into an episode, with a zippy pop culture reference, or with elevated vocabulary.

Phoebe Waller-Bridge dazzles in the Fleabag scripts with her succinct dialogue and stage directions that somehow convey so much character depth.

With simple parenthetical words like (earnestly) or statements in the stage directions like “Claire gives [Fleabag] a sideways look. She is not going to rise to her,” Phoebe Waller-Bridge gives the simplest additions that make a world of difference in understanding complex characters.

It’s easy to imagine what a treat it is to work with these words as an actor–you’re given the perfect motivation in a handful of words to help you nail the performance with intention. There’s room to play, but somehow the simplest words convey a uniquely specific vision.

So Much of The Priest Was Shaped By Andrew Scott!

In a piece of writing at the end of the book, Phoebe Waller-Bridge describes different people who were involved in the creative process of bringing Fleabag to the screen. One of my favorite entries was about Andrew Scott, who portrayed the famously hot Priest.

In her recounting of Andrew Scott’s involvement, Phoebe Waller-Bridge describes how he was deeply involved in fleshing out the character and plot points that would help subvert the tropes of “lovable young priest” that show up in so many other pieces of comedy and media.

My personal favorite detail? During this process, Phoebe Waller-Bridge and Andrew Scott were walking and talking and actually stopped in a Quaker meeting room, using it as a space to sit together and talk for a looooong time about the second season and the Priest’s role.

Are Quaker meeting rooms supposed to be silent? Absolutely. But I personally love the image of the two of them working together in that collaborative space. As Fleabag notes in the second season, Quaker meetings are supposed to be silent unless the spirit moves them to say something. So hey, maybe the spirit was just moving both of them A LOT that day!

One final lovely tidbit about this part of the process—the very same Quaker meeting room makes an appearance in a memorable scene in in Fleabag’s second season!

Love The Music In Fleabag? Phoebe Waller-Bridge Kept It In The Family!

The first season of Fleabag has pretty typical scoring, but then the music for season two is quite elevated. The simple television score of season one morphs into a religiously-tinged background with reoccurring motifs that beautifully support the story beat by beat.

Turns out, the Waller-Bridge family is full of talent! Phoebe’s sister, Isobel Waller-Bridge, composed the music for both seasons! We have her to thank for the gorgeous Kyrie theme and the choral moments that underscore emotionally intense moments!

Are you as obsessed with Fleabag’s music as I am? You’re in luck! There’s sheet music for the “Confessional Kyrie” included in the back!

I have a not-so-secret hope that the music’s availability will get rascally young women to sneak it to worship leaders around the world, introducing them to the beautiful theme without sharing where it came from…

If you know someone in your life who loves Fleabag the way I do, then of course Fleabag: The Scriptures is a perfect holiday gift. Or you could treat yourself, because it’s such an excellent companion to an excellent series!

Erin Phelps is a lover of swoony romance novels, superb television and movies, and splendid comedic podcasts! In addition to writing for Frolic, Erin works at a fun customer service-oriented job at a salon. Sometimes, she can even be found teaching Women’s and Gender Studies at her local college! Her love language is well-constructed pop culture references and her favorite treat is a caramel latte.
All Posts
PrevPreviousHistorically Yours: Top Historical Romance Picks for December 16 to 31
NextBook of the Week: A Snowy Little Christmas: Missing Christmas by Kate ClaybornNext