The Heart of a Story: The Lady’s Guide to Celestial Mechanics by Olivia Waite

Full of superb historical detail, intricately-drawn characters, an engaging storyline, and excellent writing, A Lady’s Guide to Celestial Mechanics is a story you will want to read again and again. This is book one of the Feminine Pursuits series and is a very promising start to the series. 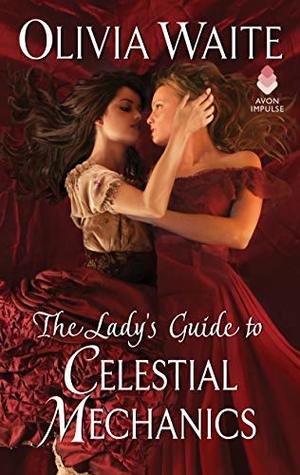 The world of astronomy in Regency England is an exciting place to be…and it is dominated by men. Learned and dullard, humble and egoistical, powerful and weak, these men may be but they are united as one that women have no place in science.

In this world exists one Lucy Muchelney, dedicated astronomer, brilliant mathematician and talented in multiple languages, who has been hiding her light under the aegis of her father. Upon his death, she decides to chart her own path in the world of science by embarking on an ambitious project to translate a seminal work on celestial mathematics from French to English.

In order to do so, she has to convince Catherine Kenwick St. Day, the Countess of Moth, that it was really she, not her father, who was the real talent behind the meticulous mathematical and astronomical calculations in recent years, and in addition to the science, her command of scientific French is superb. While Catherine is conclusively convinced, the men of the Polite Science Society are adamant in their refusal to even consider awarding the project to Lucy. So the women decide to go their independent way with Catherine providing the financial backing.

At no point is there any persistent awkwardness between the two women despite Catherine being Lucy’s benefactress. The women are equal because they bond over science, each with their own expertise, but deeply admiring of the other’s talent. They are colleagues first and then close friends, before they fall in love with each other. The romance is sweet and tender and passionate. Their belief in each other is absolute, and they draw energy and courage from each other’s approbation. They are completely boulversé over each other. They embody what it means to transfix another’s senses and scatter their wits.

All the characters in the story are fully-realized with their expansive gestures, fussy quirks, petty injustices, kind moments, persnickety moments and tender ones. This is the beauty of Waite’s work. While maintaining the authenticity of the scientific side of the story, she does not sacrifice her characters. Her characters’ motivations and emotions are given equal play in the story and both the romance and the plot are inextricably intertwined, each informing on the other to construct a complex whole.

I was pleased to see the expanded timeline of weeks and months for their relationship to unfurl and develop. Many times, romance novels have a compacted timeline of mere days for the story to unfold and the HEAs can seem under-baked. In this story, their HFN seems solid and enduring.

You can stop working as an engineer but when engineering is still a part of your DNA, you geek out madly over science and mathematics when the opportunity presents itself. I loved that aspect of Waite’s book the best. Her research is superb and she invests in Lucy and other characters all the knowledge in their fields that was available then.

I will leave you with one tantalizing detail: Look for a fabulous twist in the last chapter.

Keira Soleore writes for the International Examiner and Cogitations & Meditations. She enjoys connecting with readers on Twitter (@keirasoleore) and through her website (www.keirasoleore.com). Her interests include medieval manuscripts, philosophy, poetry, picture books, choir, sunshine and beaches. Keira is a pseudonym.
All Posts
PrevPreviousLove: Reality vs. Fiction for this Romance Author by Jennifer Ryan
NextFriendships Are the Best Ships: 5 Summertime BFF ReadsNext