The Man of My (Fever) Dreams: How a Post-Heart Attack Dream About Benedict Cumberbatch Turned Inspiration by Summer Heacock 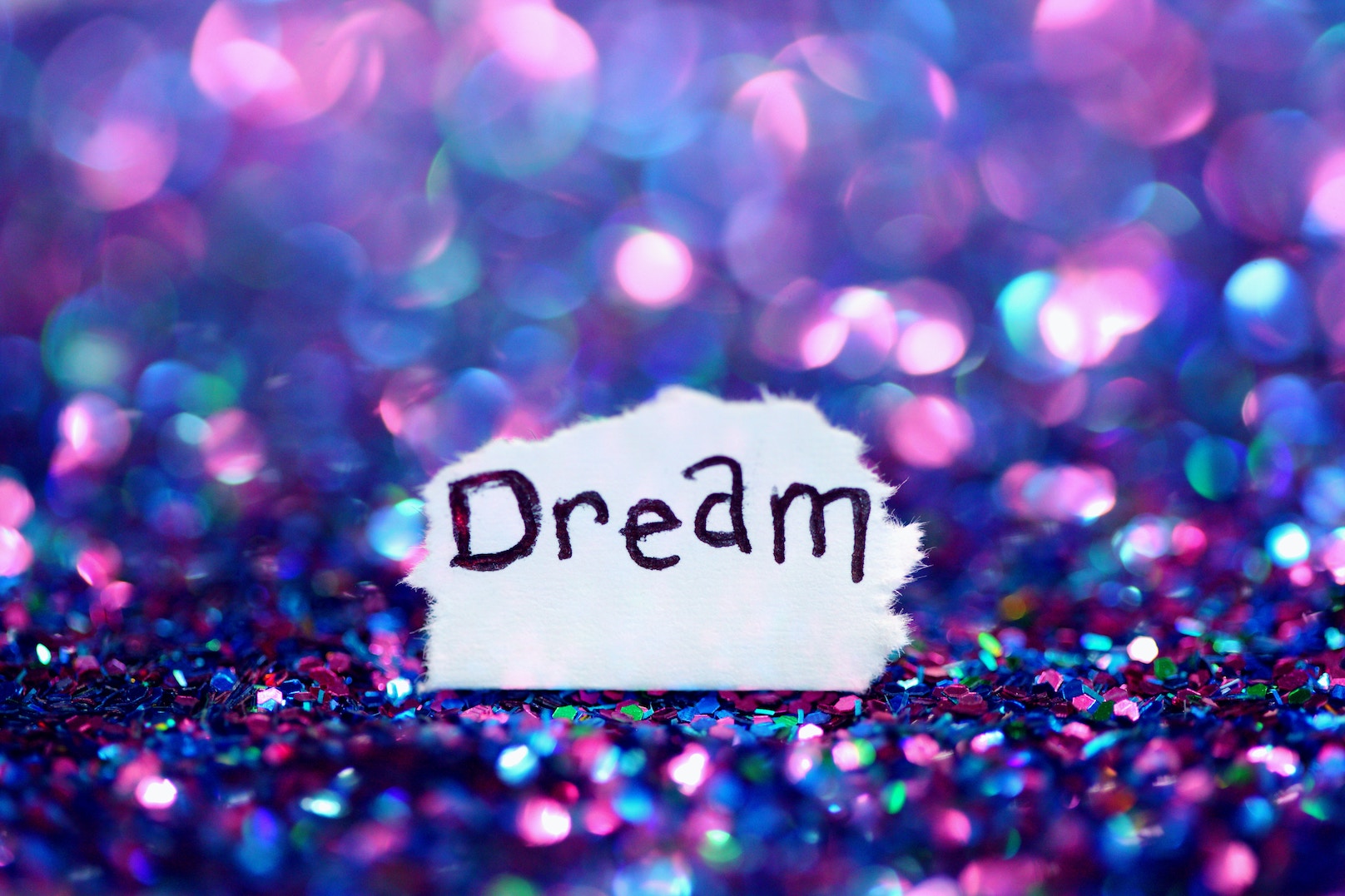 [Note from Frolic: We are so excited to have author Summer Heacock guest post on the site today. Take it away Summer!]​

It all started with a heart attack…

People always ask authors where we get our ideas. Honestly, it’s from every direction. From people watching, or conversations, or seeing stories on the news.

For myself, and a lot of others, it tends to be dreams.

My current novel, CRASHING THE A-LIST, came from the dream route. Sort of.

It was August 2014. It was the kids first day of school, so a stressful day. I’m a high-strung person by design, so naturally, I ended up with the meanest migraine I’d ever had. I turned in desperation to my migraine meds.

For the first time ever, the med didn’t help at all.

So, as instructed, after the proper amount of time, I took another dose.

And my heart went BLOOP.

See, what happened here is my doctor had accidentally given me the one migraine medication I’m allergic to instead of my actual med.

I want to say I was very responsible and went straight to the hospital.

Don’t be like your Auntie Summer and not go to the hospital.

No, what I did was convince myself that going would freak the kids out after their stressful first day of school.

And then I sort of just…lost consciousness in bed.

After my husband ran the kids to school because I wasn’t super…coherent when I woke up, but was stubbornly firm on refusing to go to the hospital until they were at school so as not to traumatize them, he took me to the ER.

It was there, hooked up to a million machines and tubes, and accepting my fate as a pincushion, I had a drug-induced sort of fever dream about Benedict Cumberbatch.

When I woke up, I was loopy (thank you delightful hospital meds, wee!) but I didn’t want to forget the dream. I didn’t even put my glasses on before I grabbed my phone and dumped it all into my Notes app.

But then I had this woozy thought that this could make a weird but funny book.

Within an hour, I’d written out a full synopsis and half an outline.

After my agents sold my first book, I went to them with the pitch of, “Okay what about a book with a definitely-not-Benedict-Cumberbatch British actor named Caspian Tiddleswich who used to be an escort and this unemployed gal who takes a job from her uncle cleaning out storage units finds the escort service’s records and then something something and he thinks she’s blackmailing him so he starts blackmailing her and then hijinks and sexual tensions ensue?”

I definitely expected to be dropped as a client, but surprisingly, they were into it. Even more surprising, they were able to sell it.

So, while I definitely don’t recommend having heart attacks as a means to conjure ideas, my point is that inspiration comes from the strangest places, and that thing that you think is too damn bizarre to work? It just might be the thing that spawns Your Moment.

I believe in you and Your Moment.

But no, seriously try to avoid the heart attack thing. 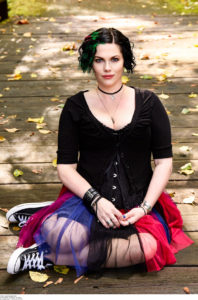 Summer Heacock is an author of contemporary women’s fiction and prances through life like a cartoon character who says the F word a lot. She lives Seattle-adjacent, where she’s a stay-at-home mom to two scampy tots, wife to an amazingly understanding husband, herder of a rescue critter menagerie, devourer of jelly beans and collector of life-size celebrity cutouts. Crashing the A-List is her second novel, following her debut, The Awkward Path to Getting Lucky. 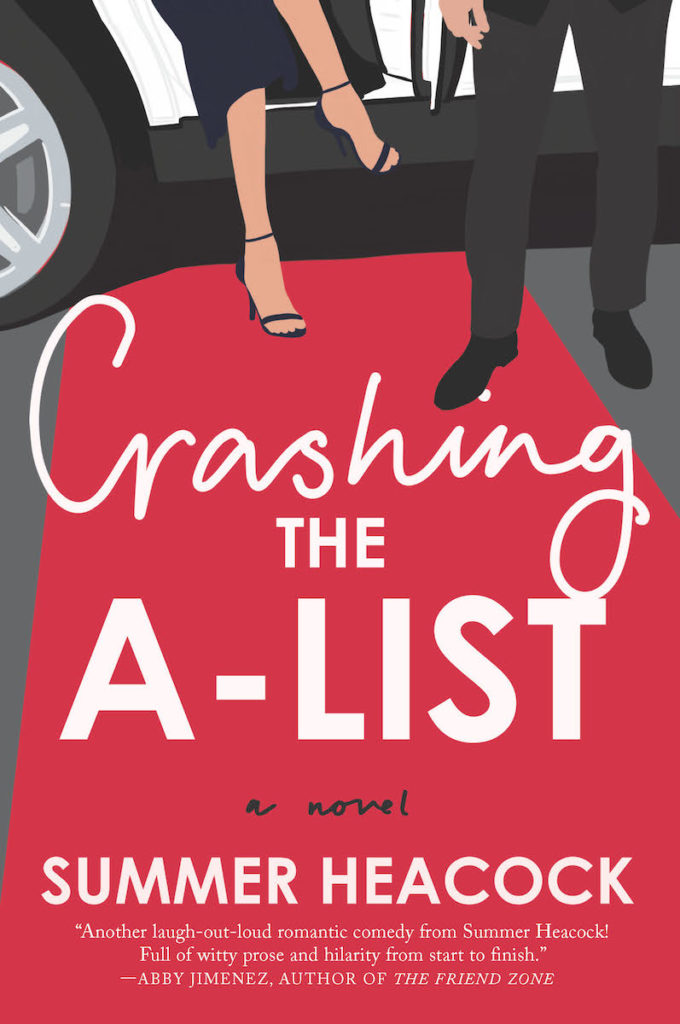 Crashing the A-List by Summer Heacock, out July 9th!

She’s doing all the wrong things for all the right reasons.

After four months of unemployment, former book editor Clara Montgomery is officially stuck—stuck sleeping on her little brother’s ugly couch in Queens, stuck scrolling through job listings in search of a new editorial position…and just desperate enough to take on a temporary gig clearing out abandoned storage units. If nothing else, she’s determined to keep her rapidly dwindling savings account intact.

Unfortunately, she is in no way prepared for stumbling upon dead snakes or dealing with glass jars that she’s convinced are full of pickled eyeballs. And why does everything seem to smell like beets?

Then Clara comes across a unit that was once owned by an escort service and finds the brothel “résumé” of a younger Caspian Tiddleswich, an astonishingly famous British actor. She has no intention of cashing in on her discovery, but her awkward attempts to reassure Caspian that his secret is safe go awry. Now Caspian is convinced that Clara is a blackmailer, the tabloids have her pegged as Caspian’s newest girlfriend…and Clara begins to find the A-lister’s charms more irresistible than she expected.