The Most Exciting Titles Coming to Netflix in October, According to Our Editors 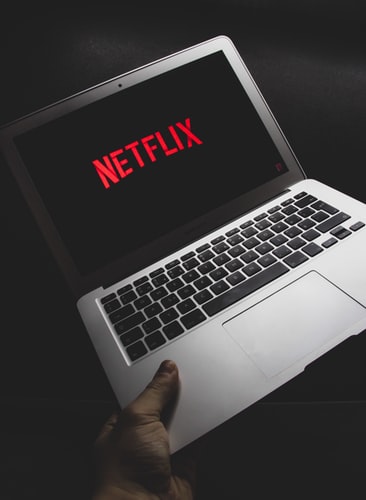 Along Came a Spider: Thriller (October 1)

A psychological suspense thriller adapted from James Patterson’s first highly acclaimed novel in the Alex Cross series, Morgan Freeman reprises his role as the Washington, D.C. police detective and psychologist who is through playing mind games with criminals — that is until a methodical predator, Gary Soneji (Michael Wincott) commits a daring kidnapping and lures Cross into the case.

Employee of the Month: Rom-Com (October 1)

Zack (Dane Cook) and Vince (Dax Shepard) are rival co-workers at Super Club, the country’s largest bulk-discount retailer but, while Vince is on the fast-track at Super Club, Zack’s laid-back approach to work holds him back. That all changes when a new cashier, named Amy (Jessica Simpson), transfers to their store. Zack is instantly smitten, but Amy prefers Vince. Zack determines that the only way to win her is to win his store’s most coveted honor.

Paige Morgan (Julia Stiles) is a focused premed student who becomes intrigued by Eddie (Luke Mably), a wealthy Danish student. Despite Eddie’s initially boorish behavior, Paige falls for him, only to discover that his father (James Fox) and mother (Miranda Richardson) are the king and queen of Denmark, and he is heir apparent to the throne. As Eddie adjusts to American life, and Paige gets used to her beau being a future king, the two must decide if their romance is something that can last.

A mentally unstable IRS auditor (Will Ferrell) hears an author’s (Emma Thompson) voice in his head and discovers that he is the ill-fated protagonist of her latest work. While a book-company employee (Queen Latifah) tries to cure the author’s case of writer’s block, the auditor and a professor (Dustin Hoffman) set out to find the woman and make her change her story.

It’s October 31st in Salem, Massachusetts, and a town’s eccentric, devoted community volunteer and the good-natured object of his fellow citizen’s derision and meanest pranks, finds himself in the midst of a real investigation, for a real murderer.

In the sitcom “Schitt’s Creek,” a wealthy couple — video store magnate Johnny and his soap opera star wife Moira — suddenly find themselves completely broke. With only one remaining asset, a small town called Schitt’s Creek, which the Roses bought years earlier as a joke, this once-wealthy couple must give up life as they know it. With their two spoiled children in tow and their pampered lives behind them, the Rose family is forced to face their newfound poverty head-on and come together as a family to survive.

A tight-knit group of deaf students at Gallaudet University navigate the high, lows, and hookups of college life together; their stories offer an unprecedented, unfiltered, and often unexpected look inside the deaf community.

The Haunting of Bly Manor is an American supernatural horror drama web television series, created and directed by Mike Flanagan for Netflix, and will be loosely based on the 1898 horror novella The Turn of the Screw by Henry James. It is the follow-up series to The Haunting of Hill House.

Record-shattering Korean girl band BLACKPINK tell their story — and detail the hard-fought journey of the dreams and trials behind their meteoric rise.

A young newlywed arrives at her husband’s imposing family estate on a windswept English coast and finds herself battling the shadow of his first wife, Rebecca, whose legacy lives on in the house long after her death.

There are so many great things comign to Netflix this October! What are you most looking forward to this month?

Where Romance and Pop Culture Live Happily Ever After.
All Posts
PrevPreviousTop Contemporary Romance Picks for September!
NextYA Books Set on the High SeasNext