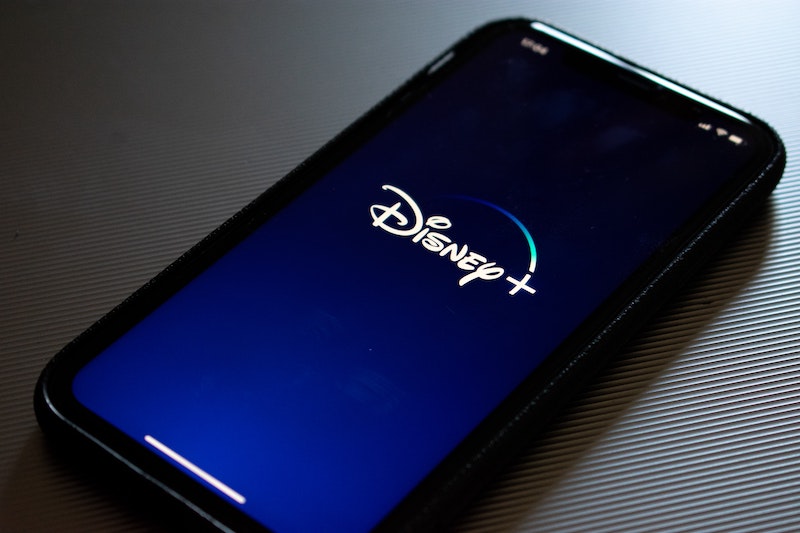 The Disney+ subscription made me squee with wild abandon when I saw the amount of throwback movies that I almost forgot about! These Disney+ movies were made at a time when Pacific Sunwear was all the rage and wearing knee length Hawaiian board shorts was considered cool. Fastball was one of the top albums of the summer, ska emo music was just beginning to make a breakthrough, and these songs were considered the staple soundtrack for many of the nineties made-for-television Disney movies. If you were a nineties tween like me or if you just geek out on nineties culture these movies are the perfect antidote to get away from the chaos of the world. 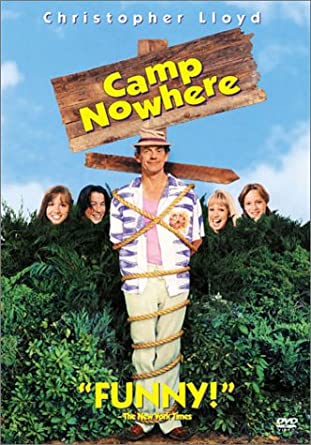 Camp Nowhere was the ultimate cool kid movie of the year where kids seriously got away with murder in sometimes cringe-worthy ways. There were some eyebrow raising moments such as the time when Andrew Keegan said, “If you wore a skirt right now I would be in heaven.” And not to mention the awkward adult-like make-out scenes between these supposedly pre-teen kids. The movie begins with Morris “Mud” Himmel who is dreading the summer computer camp that his parents have planned out for him. Mud and a couple of his classmates come up with a plan of creating their own summer camp with their parents cash and they hire an old guy played by the charismatic Christopher Lloyd to help them in their quest. This is when the hilarity begins filled with firework antics, super soaker nerf water guns, and basically a literal truck load of every nostalgic Toys R’ Us nineties toy you can ever imagine!

My fascination with summer camp started with Camp Nowhere. I mean who can resist kids that get to have the best summer of their lives doing whatever they want to do?! Where do I sign up? Andrew Keegan starred in Camp Nowhere and he was also one of the resident Teen Beat bad boys of the nineties and he had no qualms about baring his chest on a centerfold or two to drive the girls crazy. Although Andrew Keegan wasn’t quite my jam I did have a secret crush on him from time to time with his tousled heartthrob haircut. And who can resist the electric blue eyes of tiny Jonathan Jackson and his JTT style haircut?! 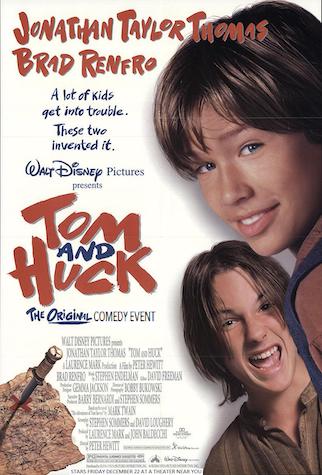 Even though, I have never been a fan of Mark Twain my tween heart didn’t give two hoots at the time because anything that JTT (Jonathan Taylor Thomas) starred in was on my automatic to-watch list. The story is about Tom and Huck sneaking around a cemetery late at night where they witness the murdering of the town’s undertaker. Tom and Huck make a pact to never tell a soul about the murder until a harmless person who is innocent gets charged with the crime and Tom is faced with a difficult choice. There are problematic themes in the movie especially since the murderer is offensively named Injun Joe who is a Native American character in the book.

Tom and Huck literally had one of the best nineties squads ever put together! The mid-nineties was all about the do-gooder JTT and the real life bad boy Brad Renfro (RIP). We obsessed over these boys and wanted to inhabit the cool nonchalant charm of Rachel Leigh Cook whenever JTT passed her way. 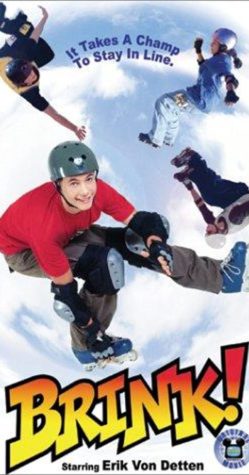 Andy Brinker (AKA Brink) is part of the “Soul-Skaters” and they love skating for fun and not for the money. Until Andy’s dad gets laid off and now Andy has the opportunity to join the sponsored skaters known as Team X-Bladz which is the arch nemesis of the Soul-Skaters. Andy is now faced with the tough decision where he is conflicted between helping his family financially and staying loyal to his Soul- Skaters team.

This was the first throwback movie I discovered on the Disney+ movie list and when I saw it I squeed my heart out. Erik von Detton was one of the many teen heartthrobs that adorned my walls and his easygoing charm made me swoon back in the day. Watching Brink I was so mesmerized by Erik von Detton at the time that I didn’t realize there was a Latinx character named Gabriella from Peru in the Soul Skaters Group! Watching it as an adult now, I wish that Gabriella had more of her own storyline as well and that she wasn’t just there to teach Andy the important lesson of being true to who you are.

Even though I only owned Barbie skates as a kid, I will always hold on to that silly fantasy I had of skating around Venice Beach with Andy Brinker to a Fastball song in the background. 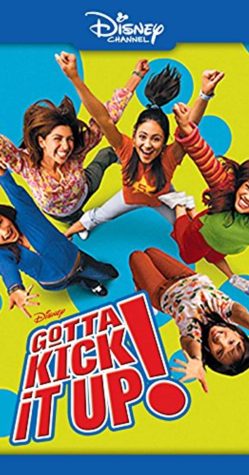 Gotta Kick It Up begins with a new teacher named Ms. Bartlett starting her career in a Southern California school with a large population of Latinx kids. Ms. Bartlett gets recruited by her Principal to be the new dance coach after the other coach left the team. When the team doesn’t agree with Ms. Bartlett’s strict rules and procedures they sneak away to a dance competition without her knowledge. This rebellious act pushes the team to figure out ways to work together and find common ground with one another. They learn that they can do whatever they set their minds to no matter what barriers are put against them. The best thing about this movie is that they learn to root for one another instead of tear each other down.

Gotta Kick It Up didn’t come out in the nineties but the early 2000’s technically still had elements of the nineties in my humble opinion. This movie was the first feminist Disney movie that I ever saw and it was the first movie where I saw a primarily Latinx cast. Even though, there were elements of white saviorism with the dance coach this movie was revolutionary for its’ time. This movie is not just about dance, it’s about characters that are questioning their own Latinx identity, what it means to be Latinx, their journey to achieving their own dream and empowering themselves in the process. The girls team chant “Si se puede” pushes them through their trials as a team, brings them closer together, and further cements their reputation of being total girl squad goals.

Alexandra Someillan is a quirky cat lady who reads mostly contemporary romance and young adult. She is obsessed with teen soap operas and lives in a perpetual state of 90's nostalgia...
All Posts
PrevPreviousDaddy Long Legs: The Perfect Musical for Historical Romance Fans
NextExclusive: Bound By The Past by Cora Reilly Cover Reveal & ExcerptNext