The Revolutionary Nature of Romance By Hudson Lin 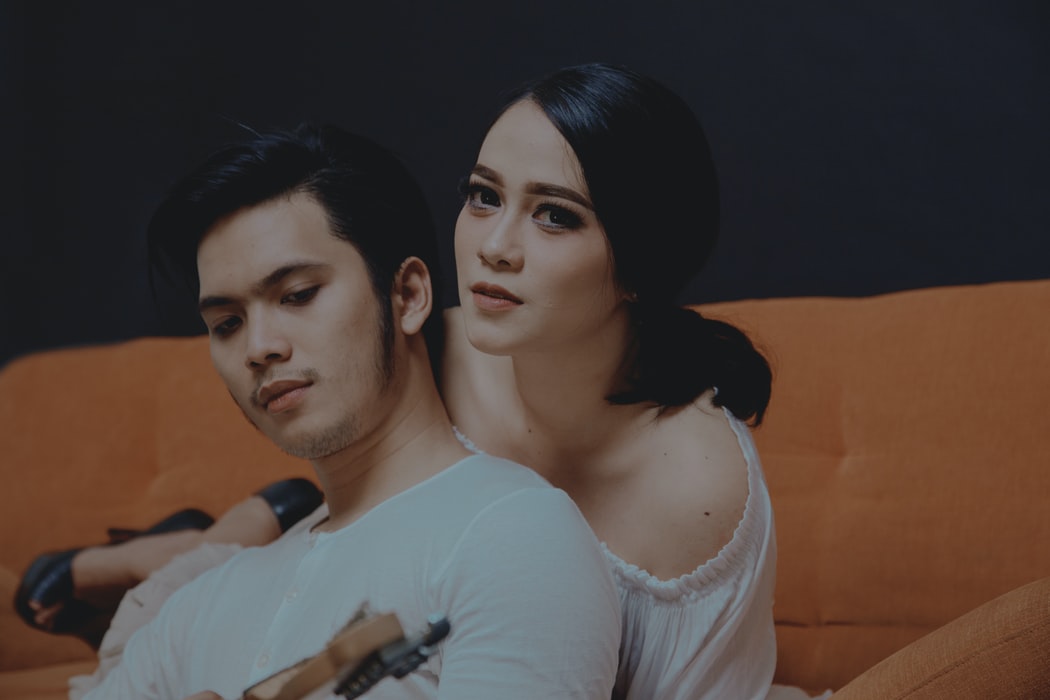 [Note from Frolic: We’re so excited to have author Hudson Lin guest posting on the site today. She thinks romance is revolutionary, and we agree!]

I remember reading my first romance novel. I was sitting on the floor of the living room, back against the couch, devouring a Harlequin Presents I had borrowed from the library. Tears streamed down my face and my nose ran in a snotty, sobbing mess. My dad asked me what was wrong and I waved him away. I was twelve.

I don’t remember which book it was, but I fell in love with romance that day.

A heroine I could relate to. A hero who could sweep me off my feet. An ending that promised happiness, joy, and acceptance for years to come. I’ve read hundreds, if not thousands, of romance novels since then, and each one brings back that hope I felt when I read my very first one: the hope that I—queer, messy, loner that I am—even I could one day find belonging and love.

Honestly, that’s what’s so great about the genre, it guarantees that no matter who you are or where you’re from, in a romance novel, you will find your happily ever after. No other genre can say the same thing, which makes romance revolutionary, radical, and dare I say, disruptive.

Since the era of Jane Austen, romance has always been a woman-centered genre. It was written by women, for women, and it prioritized their needs and desires above those of men. In a world ruled by patriarchy and misogyny, where women were expected to be obedient and subservient, romance novels flipped the social narrative on its head. Women could be strong and determined, they knew what they wanted and they wouldn’t settle for anything less. They could find men who appreciated them and deserved them. They were the heroines who found their prince charming.

Romance was there during the sexual revolution of the 1970s. As women became less inhibited about their sexual identities in the real world, romance novels followed suit. Not only did they contain explicit sex scenes, but they allowed women to express their sexual desires and preferences in a space that was without judgment or scorn. A woman achieving physical pleasure was celebrated and even became the hallmark of a happy romantic relationship.

These days, the romance genre is expanding further than it ever has in the past. The promise of the happily ever after is no longer limited to the middle class white women it has historically served. But rather, queer folks, people of color, disabled folks and anyone who has ever found themselves on the fringes of society can claim their little piece of the promise.

The “kill your gays” trope is a common one in mainstream media. So is the one about the token Black or Brown sidekick that gets axed before anyone else. These types of stories perpetuate the belief that folks from marginalized communities have nothing better to look forward to than death or some other tragic ending. Not only is this message simply untrue, but it is harmful and damaging for folks who are struggling to embrace their own identity. Who wants to be the person who dies before the story is even finished? No one.

But there are no tragic endings in romance. It’s not allowed. The gay main character gets to celebrate his true love in public. The lesbians get to move in together and adopt a kid. The interracial couple gets to plan a wedding with both of their cultural traditions. The neurodivergent person gets to find someone who understands them and loves them for who they are.

In a romance novel, marginalized folks from all walks of life get to be their messy, imperfect selves and still come out on top at the end. They are the hero of their own story and they win against all odds every single time. In a world so marred by injustice, that’s an astonishing idea to contemplate.

We live in a society wrestling with racial inequity and police brutality, where hard won LGBTQ rights are continually in danger of being rolled back, where women’s rights that we thought were a given may be stripped away. Everyday there are news stories about Black and Brown folks facing systemic discrimination, about immigrants being subjected to inhumane treatment, about queer folks who fear for their lives. If those are the only stories we hear, we risk falling into the belief that the lives of marginalized folks are full of hardship, sadness and disappointment.

But that is fundamentally false. Because while there is hardship, sadness and disappointment, there is also happiness, joy, and most importantly love. No one’s life is defined only by difficult experiences; they will have ups and well as downs. So why can’t we celebrate the good things and focus on the great? Why can’t marginalize folks overcome obstacles and emerge the victor? In romance, they can.

Romance challenges the validity of the mainstream narrative that paints the lives of marginalized folks as dire and defeated. Romance says, “sure, life can suck, but we are not defined by how much it sucks.” Romance empowers us to take control of our own stories, to be the hero, and to find an ending that is the fulfillment of our wildest dreams.

That’s revolutionary. That’s radical. That’s dangerous to those who are invested in the current status quo. But it’s also the best reason for us to lean into the romance genre, and use it to create the future that we want to see. A future where everyone belongs, everyone thrives, and all of our happily ever afters are guaranteed.

Hudson Lin was raised by conservative immigrant parents and grew up straddling two cultures with often times conflicting perspectives on life. Instead of conforming to either, she has sought to find a third way that brings together the positive elements of both.

Having spent much of her life on the outside looking in, Lin likes to write stories about outsiders who fight to carve out their place in society, and overcome everyday challenges to find love and happily ever afters. Her books are diverse romances featuring queer and disabled people of color.

When not getting lost in a good story, Lin hosts a podcast, interviews queer people of color, and a does bunch of other stuff. 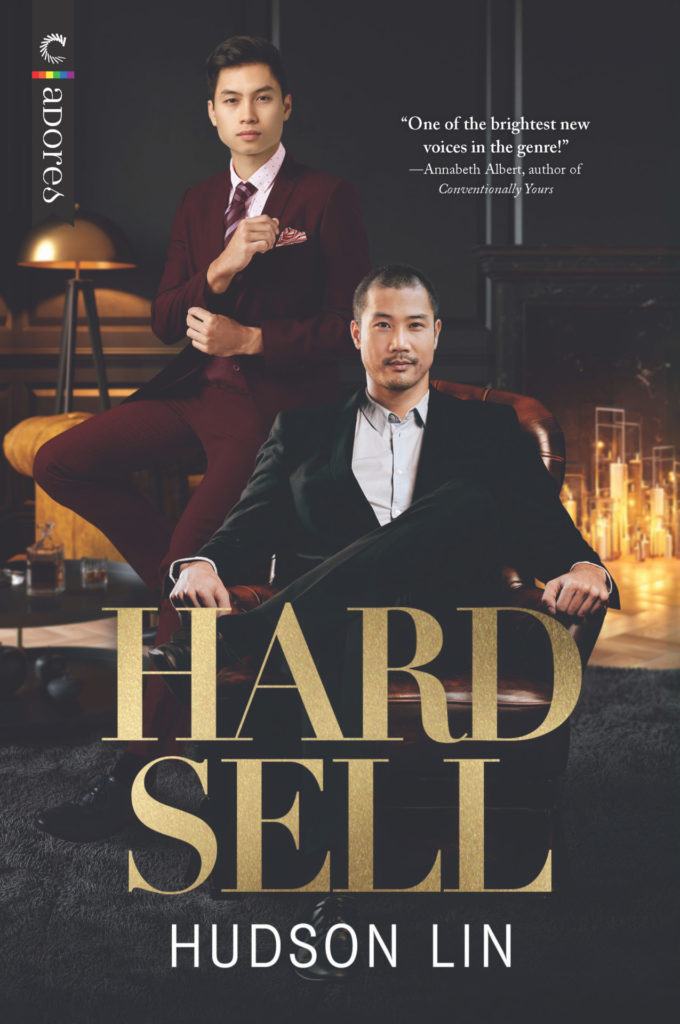 Danny Ip walks into every boardroom with a plan. His plan for struggling tech company WesTec is to acquire it, shut it down, and squeeze the last remaining revenue out of it for his Jade Harbour Capital portfolio. But he didn’t expect his best friend’s younger brother—the hottest one-night stand he ever had—to be there.

Tobin Lok has always thought the world of Danny. He’s funny, warm, attractive—and totally out of Tobin’s league. Now, pitted against Danny at work, Tobin might finally get a chance to prove he’s more than just Wei’s little brother.

It takes a lot to get under Danny’s skin, but Tobin is all grown up in a way Danny can’t ignore. Now, with a promising patent on the line and the stakes higher than ever, all he can think about is getting Tobin back into his bed—and into his life for good.

If only explaining their relationship to Wei could be so easy…

Where Romance and Pop Culture Live Happily Ever After.
All Posts
PrevPreviousDenny S. Bryce’s May Bookshelf
NextPaul Rudnick’s First Gay Rom-Com: An Excerpt from Playing the PalaceNext