The Rise of the Cinnamon Roll Character by Ruby Barrett 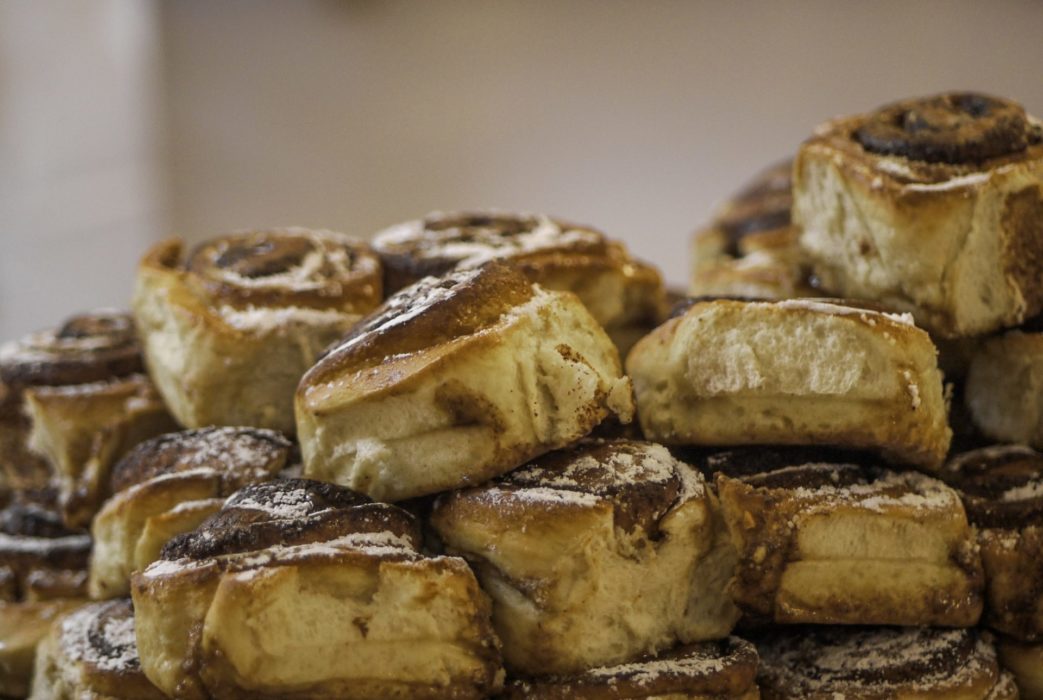 [Note from Frolic: Today, we welcome author Ruby Barrett to the site today. She’s talking all about her love for cinnamon roll characters. Ruby, we feel the same way!]

The first scene I wrote featuring the character now known as Wesley Chambers was a sex scene. My characters come to me in snippets like this: kisses pressed to collarbones, the faces they make when they think no one is looking, the first thing they think of when they wake up. I didn’t know much about Wesley yet other than those small details and the fact that he was at times frustrated with his boss but also, maybe more so, a little bit in love with her. I didn’t set out with the goal to make Wesley a cinnamon roll hero but he very quickly stepped into the role (get it?). He was also exactly what I needed to write – and wanted to read more of – in that moment in my life.

My character is, of course, not the first cinnamon roll to bumble his way onto the page nor will he be the last. Much like their brunch menu counterparts, romance readers go wild for cinnamon roll characters and I’ve always wanted to understand why. What makes these characters so easily consumable and why do we need them?

The Sweetest Thing: The Recipe for A Cinnamon Roll

It started with an Onion article, as it often does: A cinnamon roll “too pure” for this world, in reference to an actual cinnamon roll. Pure is a perfect descriptor for the classic cinnamon roll character. For other cinnamon roll ingredients see also: warm, makes your heart gooey, supportive, kind, sweet. But don’t let the sweet confuse you. Our human cinnamon rolls may be so but they’re not relegated only to sweet romances (referencing the heat level as generally low, often with closed door sex scenes) nor should their sweetness be taken for weakness. Cinnamon rolls are the strongest characters the genre has. They’re often the caregivers, invested in their love interest’s (interests’) well-being, comfort, pleasure, and safety.

Think of Gabe in Victoria Dahl’s Taking the Heat, Josh in Rosie Danan’s The Roommate, or Zaf in Talia Hibbert’s Take A Hint, Dani Brown. For me, the original cinnamon roll was Jane Austen’s Mr. Charles Bingley. Soft, sweet, Mr. Bingley’s cinnamon qualities are best demonstrated in a small moment between him and Jane at the Netherfield Ball in Joe Wright’s 2005 adaptation of Pride and Prejudice. Charles reaches out and delicately fingers the ribbon on the back of Jane’s dress and we know without a doubt that man is absolutely cooked for Ms. Jane Bennett. Swoon.

When I started writing Wesley Chambers that brand of sweetness was exactly what I needed in my romance.

Much like the dough they are named for the cinnamon roll character requires a specific environment to flourish and bloom. The rise of the cinnamon roll has a direct correlation to the world we live in. While characters like alphas and alphaholes (in the case of heroes) will always have a place and fans in the genre, the last decade of romance has been written and read in an increasingly vulnerable world.

I was the new mom of a baby with a potentially life altering developmental disorder. I was underemployed and trying to rediscover the woman I was before motherhood. I watched with pain and fear in my heart as the world slipped into a place that felt increasingly unsafe for marginalized folks. I worked through my own personal traumas. I was a woman very much in need of a cinnamon roll. Both the food and the character.

Cinnamon rolls – like the romance genre – allow us to escape, to witness and participate in love in its purest form. Especially when the world wants to tell many of us that we don’t deserve it.

The greatest thing I ever did for myself was fall into a cinnamon roll character. He reminded me that no matter my trauma, pain, or fear, I was good enough, worthy of love. And that’s why I think cinnamon rolls continue their meteoric rise. No matter what the world is like we will always need the safety they provide.

(I should mention that my own real life cinnamon roll exists and it is because of him that I feel so well equipped to write about them).

Ruby Barrett‘s romances center women who demand to be loved as they are and the good-natured, vulnerable men who earn their hearts. When she’s not writing about love in its many forms, she’s reading. And when she’s not doing either of those things you can find her chasing her tiny queen (read: daughter), doing (digital) marketing, drinking tea (never coffee), wearing pants (that aren’t jeans), (re) watching The Office, or exploring museums (in other cities). She lives in Ottawa, Canada with her aforementioned tiny queen, and her husband (who she kisses a lot). 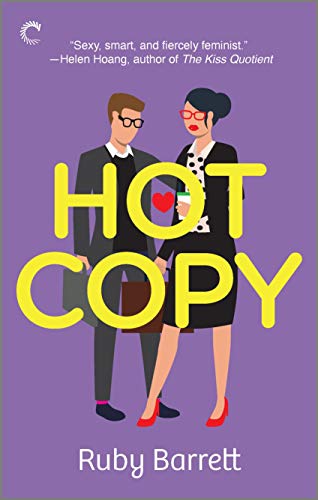 A meet-cute gone wrong is the start of a surprising courtship in this fresh, modern take on the workplace romance from debut author Ruby Barrett

Corinne Blunt knows what people think of her—she’s an icy, unapproachable executive. It’s the price she’s had to pay to get to the top. But there’s knowing you have a reputation in the office, and there’s hearing your new intern laugh when someone calls you “Blunt the C*nt” in the elevator on his first day.

She’d hoped to finally find an ally in Wesley Chambers, but she’s not about to let him off the hook for joining the office boys’ club. Taking refuge in the professional boundaries between them, she relegates Wes to assistant work—which would do the trick, if he weren’t so eager to prove he’s a decent human being.

Wes is sincerely apologetic, insisting it was a misunderstanding, and to her surprise, Corinne believes him. Being forced to work together was one thing, but long hours at the office with what turns out to be a kind, thoughtful man soon has their business relationship turning personal, and things get complicated—fast. Could this be something more serious than either of them dared to hope for? Or is their relationship just playing into the harmful power dynamics Corinne’s had to endure her entire career?

Where Romance and Pop Culture Live Happily Ever After.
All Posts
PrevPreviousRelease Day Tips for the Introverted and Anxious New Author by Sarah Hogle
NextRumor Has It: Gossip in Fiction by Lea GellerNext