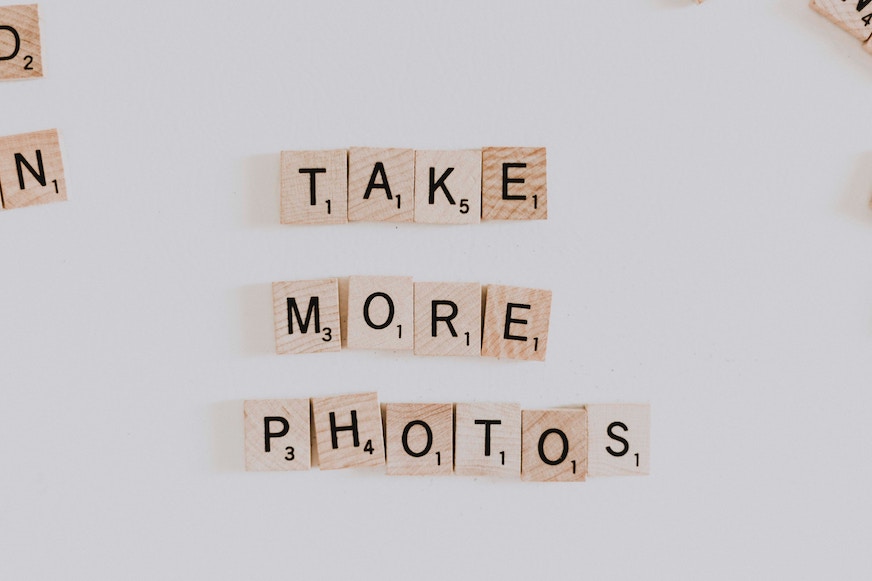 [Note from Frolic: Today, we welcome author Kristin Rockaway to the site. She’s talking about her love of bookstagram! Take it away, Kristin!]’

I spend way more time on Instagram than I probably should. I suspect I’m not alone in this. After all, it is one of the easiest ways to procrastinate. One minute, I’m taking a “quick scroll” through my feed to catch up on the latest news and events from my friends. The next thing I know, I’ve wasted an hour falling down a virtual rabbit hole of hand-lettering videos and astrology memes.

The worst part is, I don’t even like Instagram all that much. I certainly don’t trust it. The incomprehensible algorithm routinely hides posts from people I care about. The advertisements are so eerily targeted to my preferences, it’s hard to believe the app isn’t stalking me from somewhere deep inside my brain. And influencer marketing is so pervasive, I never know if I’m reading an honest review or manufactured #sponcon.

But in the endless expanse of mind-numbing content, one hashtag consistently brightens my otherwise murky feed: #bookstagram.

Yes, I’m an author, but first and foremost, I’m a bookworm. My love of writing spawned from a love of reading. With #bookstagram, I’m instantly connected to a worldwide community of likeminded individuals – fellow book nerds with unwieldy TBR piles and a penchant for sniffing new paperbacks.

Whether they’re posting artfully arranged photos of brand new releases or sharing themed and color-coordinated book stacks, bookstagrammers reliably provide A+ quality content for the literary-minded. Here are just a few ways #bookstagram has improved my Instagram experience (and made it even easier to procrastinate).

1. The aesthetics are to die for.

At its core, Instagram is a visual experience, but styling a photo is no easy feat. Every #bookstagram photo I ever post is the same: my outstretched left hand, holding a book against a plain white wall. Not very visually stimulating, but then again, photography isn’t my strong suit. Fortunately, most hardcore bookstagrammers are far more creative with a camera than I am. They know how to keep things interesting and aesthetically pleasing. Plus, they’ve got props – Blankets! Baskets! Slices of wood! – and they’re not afraid to use them.

2. The community is incredibly supportive.

As an author, there’s no better feeling than being tagged in a beautifully styled photo of my book, especially if it’s accompanied by a kind review. But it’s also really lovely to see the support bookstagrammers give to other authors, as well as to each other. Encouraging a love of individual stories – and of books, in general – helps to strengthen the entire literary community, from readers to writers to publishers to libraries to indie bookstores.

Technically speaking, bookstagrammers are Instagram influencers – but that doesn’t mean they’re posting fabricated sponcon. Sure, publishers will sometimes send them free books, but bookstagrammers aren’t obligated to write glowing reviews. In fact, I’ve found most #bookstagram reviews to be fair, unbiased, and extremely thoughtful. They’re never trying to sell me something I don’t need; they’re simply talking about books and sharing their love of the written word. What’s not to love about that?

4. My TBR pile has grown exponentially.

Admittedly, I don’t need much help adding books to my reading list. Still, #bookstagram has managed to broaden my literary horizons. Bookstagrammers read widely, and feature books from genres I’m not always paying close attention to. Plus, they don’t limit themselves to featuring the most buzzworthy books out there; they also champion indie authors, secondhand finds, and backlist books that aren’t getting a lot of current media coverage.

I’ve had the pleasure of meeting so many bookstagrammers in person, and let me tell you: these are real people with a real fondness for books. Even if Instagram disappeared tomorrow, they’d still be reading stories, sharing opinions, and fostering a love of literacy. They’re not doing this simply for likes and follows. They’re doing it because they’re bookworms – just like me.

All that time I’ve spent on Instagram hasn’t been a complete waste, though, because it helped to inspire my next book. In She’s Faking It, Bree regularly escapes from her daily routine by scrolling through Instagram, losing herself in the carefully curated feeds of models, celebrities, and influencers. As a delivery girl drowning in debt and living in an illegal dump of an apartment, the glamorous life seems totally out-of-reach for her – until she crosses paths with Demi DiPalma, a self-help guru whose empire is described as “GOOP meets The Secret for the Instagram generation.” Suddenly, Bree views her Instagram account as more than just an easy way to procrastinate as she attempts to fake her way to beauty influencer stardom. But her plan backfires in a major way when she sparks up a romance with the famous surfer-next-door, and she quickly realizes you can’t put a filter on reality.

In my opinion, Bree would’ve been much happier if she’d just started a #bookstagram account.

Kristin Rockaway is a native New Yorker with an insatiable case of wanderlust. After working in the IT industry for far too many years, she traded the city for the surf and chased her dreams out to Southern California, where she spends her days happily writing stories instead of software. When she’s not writing, she enjoys spending time with her husband and son, and planning her next big vacation. 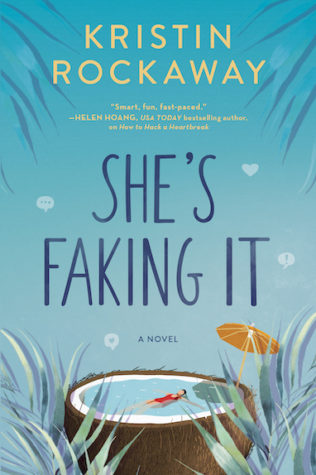 You can’t put a filter on reality.

Bree Bozeman isn’t exactly pursuing the life of her dreams. Then again, she isn’t too sure what those dreams are. After dropping out of college, she’s living a pretty chill life in the surf community of Pacific Beach, San Diego…if “chill” means delivering food as a GrubGetter, and if it means “uneventful”.

But when Bree starts a new Instagram account — @breebythesea — one of her posts gets a signal boost from none other than wildly popular self-help guru Demi DiPalma, owner of a lifestyle brand empire. Suddenly, Bree just might be a rising star in the world of Instagram influencing. Is this the direction her life has been lacking? It’s not a career choice she’d ever seriously considered, but maybe it’s a sign from the universe. After all, Demi’s the real deal… right?

Everything is lining up for Bree: life goals, career, and even a blossoming romance with the chiseled guy next door, surf star Trey Cantu. But things are about to go sideways fast, and even the perfect filter’s not gonna fix it. Instagram might be free, but when your life looks flawless on camera, what’s the cost?

Where Romance and Pop Culture Live Happily Ever After.
All Posts
PrevPreviousDIY Gift Baskets for Adults and Kids Alike
NextHoliday Pairings: Movies and Romance NovelsNext