The Top 5 Vampires We Love to Hate by Marlene Perez 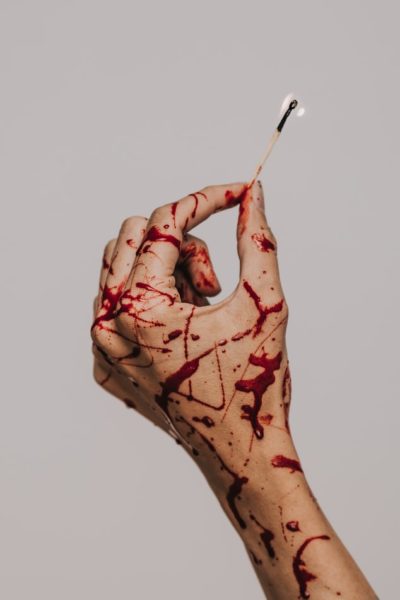 [Note from Frolic: We’re so excited to welcome author Marlene Perez to the site today. She’s talking all things vampires. Take it away, Marlene!]

Vampires have made their blood-soaked way through our stories for centuries. In my novel The Afterlife of the Party, Tansy Mariotti has a life-changing run-in with Travis Grando, lead singer of The Drainers. Musicians, am I right? Travis and the other guys in the band might not make the top five of vampires we love to hate, but they’re no angels either.

Here are my top five vampires we love to hate: 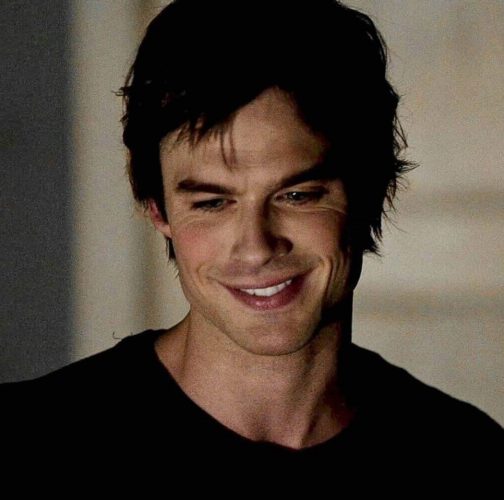 Arguably the hottest vamp in the line-up, he’s also one point of a love triangle, in competition with his brother for Elena’s affections. Damon spells it out when he says “I told Stefan from the beginning that he was selfish not to share you. Brothers should share things, you know.” Both brothers have done very messed up things, but Damon is generally considered the bad brother. Combine that with irresistible beauty and an oversized ego, this is one vampire we love to hate. But should we? Is Damon really the bad brother of the bunch? 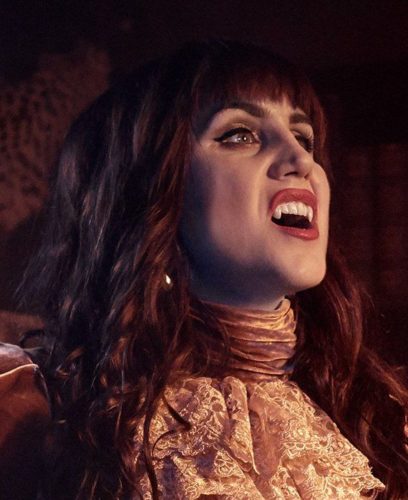 4) Nadja from What We Do in the Shadows:

She makes us laugh whenever she appears on television. We love her dead-eyed stare, her mini-me doll, and her drink till dawn red lipstick, but it’s Nadja’s relationship with soulmate slash guy on the side Gregor that makes her a vampire we love to hate. She says “Do you remember the first time we made love? It was so passionate, I accidentally cut of your head.” Every time he’s reincarnated, he somehow ends up dying, usually by decapitation. Nadja’s break-up methods are both long-lasting and effective, even though Gregor keeps coming back for more. 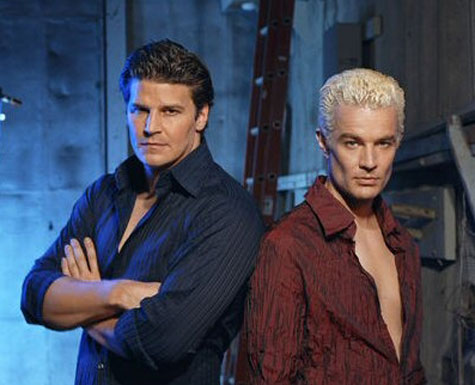 3)  It’s a tie. Angel(us) or Spike from Buffy the Vampire Slayer:

Spike and Angelus were once part of an evil foursome known as the Whirlwind, but Angelus became Angel and got a conscience and a soul. Seems inevitable that Spike and Angel would like the same girl. Team Angel all the way, even though, like many of the vampires mentioned, he has stalkerish tendencies, but Angelus, aka Evil Angel, is a big no thanks for me. His “Hey, who’s a guy got to kill to get a drink around here?” is casually cruel and his Valentine’s Day present (an actual heart) is not the way to win our love. Spike’s “Home Sweet Home” whenever he rolls into Sunnydale never fails to make me laugh, but his relationship with Buffy makes him go from charmingly creepy to abusive. He’s in love with her? That’s not what healthy love looks like. Pass. 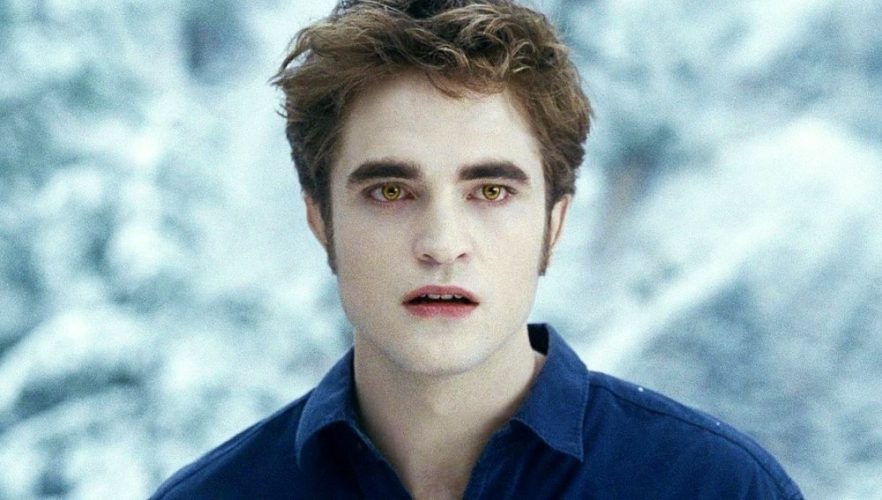 Edward’s super-hot, a devoted boyfriend, and all about the glitter and the vegetarian lifestyle, but he was around during the Spanish Flu and watches Bella when she sleeps. He’s an old dude in a young guy body, but do we care? No, we do not. This predator in love with its prey conversation had me feeling a little squicked out.

“And so the lion fell in love with the lamb…” he murmured.

I looked away, hiding my eyes as I thrilled to the word.

“What a stupid lamb,” I sighed.

“What a sick, masochistic lion.”

Exactly, Edward. Exactly what we were all thinking. But then he makes us swoon when he tells Bella “No measure of time will be enough, but let’s start with forever.” Edward Cullen is dreamy enough and loyal enough that we would all line up to spend eternity with him. 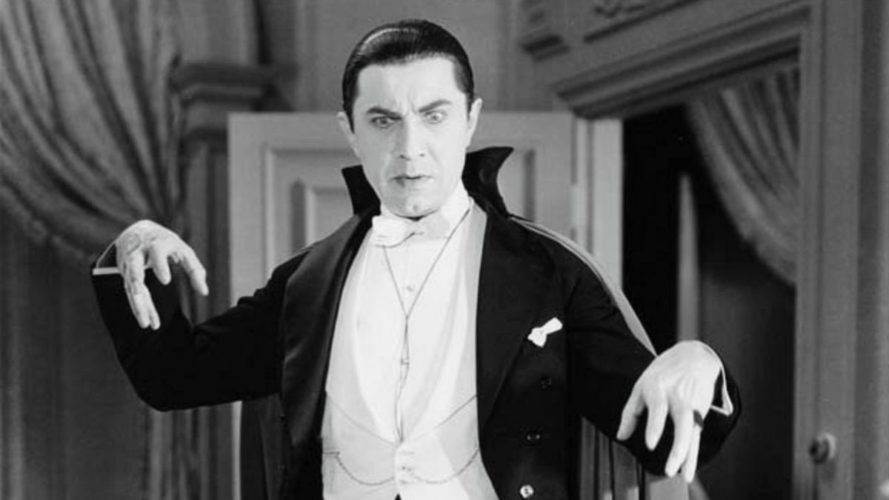 We love to hate Dracula because he is arguably the first and the worst. Based on a real historic figure, Vlad the Impaler, he’s the vampire all other vampires are compared to and his character has been replicated over and over in novels, television, and film. There are countless versions of him in fiction and in film. Bram Stoker’s Dracula, the original vampire creeper was not originally described as conventionally handsome unless you’re into eyebrows in need of a trim, bad breath, and a terrible thirst for blood, but somehow has morphed into the hot mesmerizing vampire of today. Dracula does have a great line or two, including “I have crossed oceans of time to find you.” 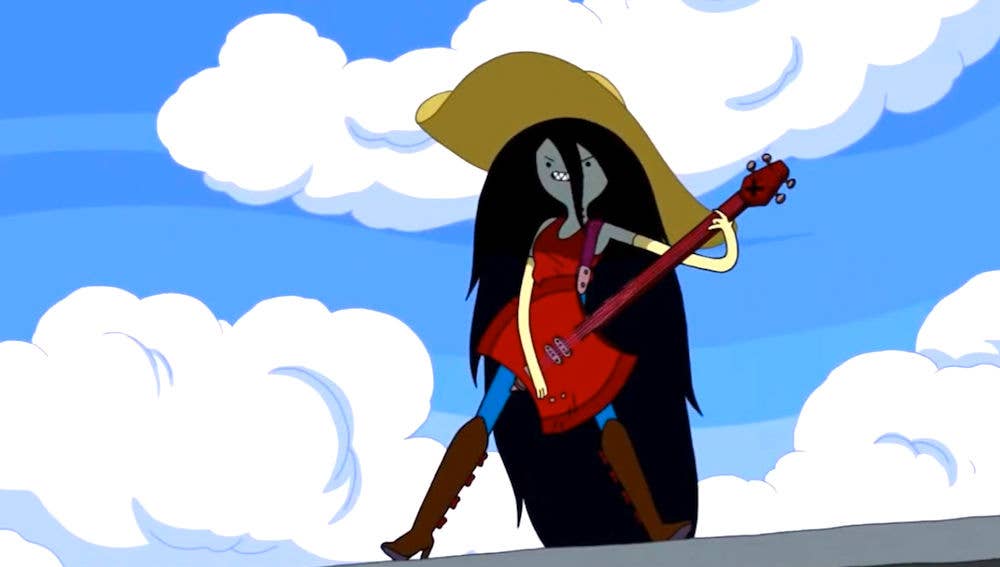 My bonus vampire is Marceline the Vampire Queen from Adventure Time. She’s one of my favorite vampire characters. She plays bass and sings and doesn’t drink blood, just the color red. I love it when she sings to Princess Bubblegum,

Sweet or salty, protective or predator, who are the vampires you love to hate?

MARLENE PEREZ is the author of many books, including the Dead Is series, The Comeback, Love in the Corner Pocket, and Unexpected Development, an ALA Quick Pick for Reluctant Young Adult Readers. She lives in Orange County, California. 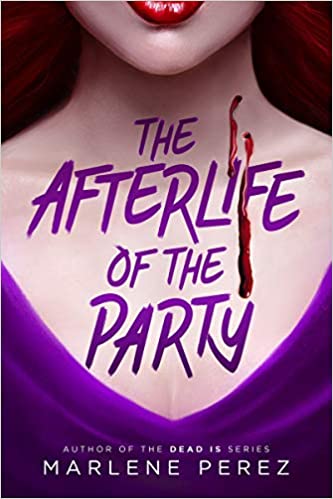 The Afterlife of the Party by Marlene Perez, out now!

I didn’t even want to go to the party.

Seriously, I’d rather have stayed home with my librarian-witch grandmother and her mystical book club than go. But my best friend Skyler begged me. So I went.

Not only was there something very strange about the band, but the lead singer bit me afterwards. And then took off with Skyler.

Now I’m chasing down a band of dangerous vamps with my best guy friend Vaughn―the boy I’ve been secretly crushing on forever.

But anything can happen on the road.

I thought all I wanted was for things to change with Vaughn. For him to finally see the real me. But this wasn’t what I had in mind…

Where Romance and Pop Culture Live Happily Ever After.
All Posts
PrevPreviousTrope Rec Tuesday: Monster Romances to Read ASAP
NextExclusive: The Restoration of Celia Fairchild by Marie Bostwick ExcerptNext