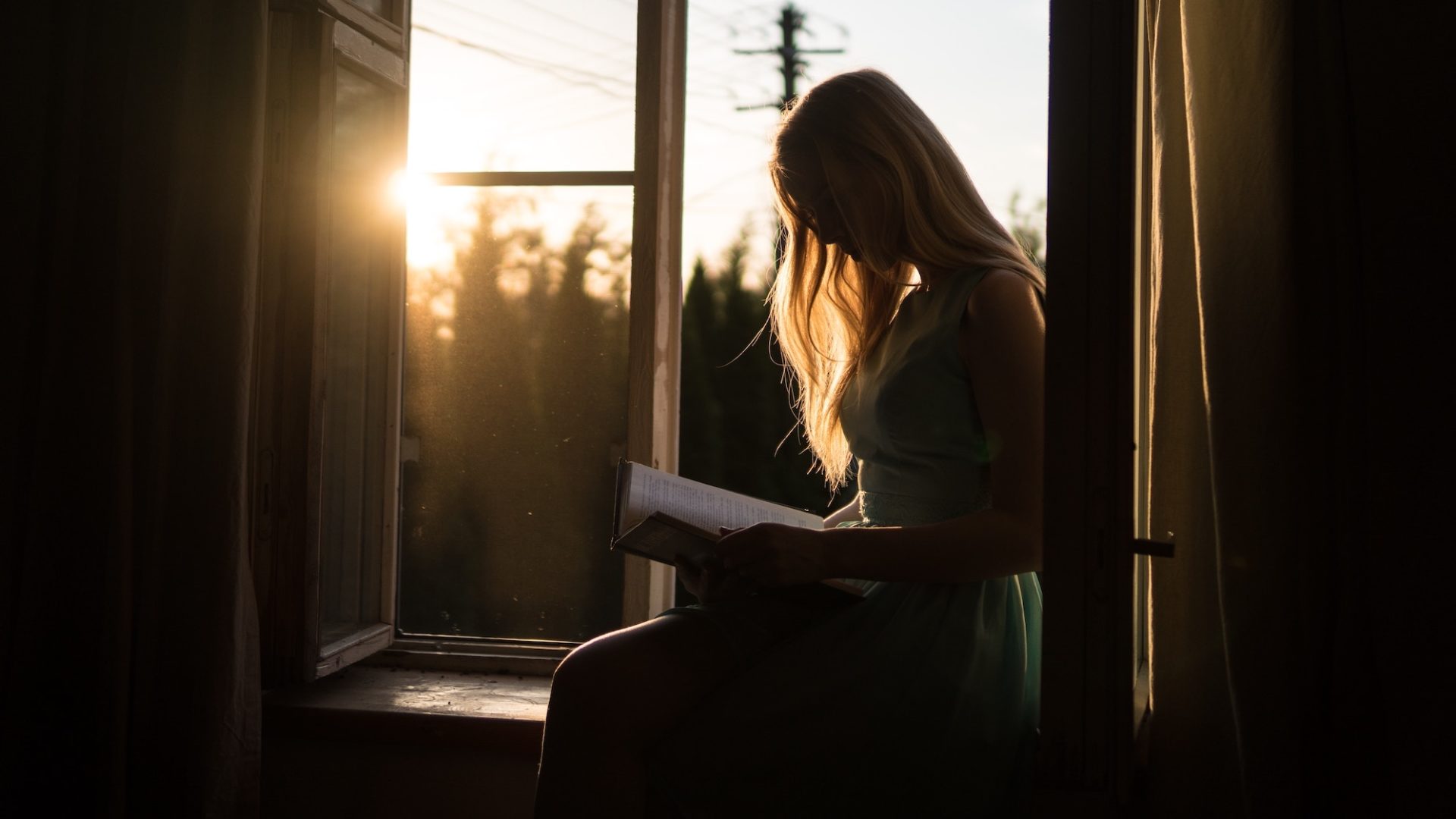 [Note from Frolic: We are so excited to have author Suzy Krause guest post on the site today. Take it away Suzy!]

Book reviews are a harrowing read for any author, but perhaps especially so for those of us who choose to write about mental illness. When you present a mentally ill character in a work of fiction, people become extra-analytical—was the illness portrayed correctly? Was it overblown or underplayed or altogether wrong? Of course, people should ask these questions, especially the people who’ve had first-hand experience with the illness or disorder at hand. No one wants to be misrepresented or misunderstood, and it can feel like a slap in the face to see your struggles downplayed or played up for dramatic effect, to see them given a label that doesn’t match or will cause people to become even further confused by something you desperately need them to understand.

So often, however, these questions come from another place, and have another layer to them. The audience is actually judging whether or not the mental illness is portrayed in such a way that it lines up with their pre-existing understanding of it—and often, that understanding is based on stereotypes or bad information rather than personal experience. 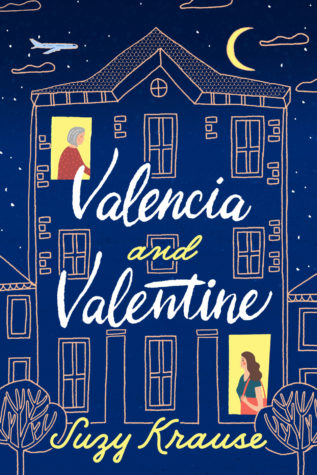 “The star of this novel appears exaggerated in her obsessive-compulsive disorder,” one person wrote in his review of my novel, Valencia and Valentine—a book that explores the mind of a young woman, Valencia, whose OCD controls her entire life. Other reviewers remarked that my protagonist’s OCD was “depressing,” and “extreme,” as though they’d been expecting, instead, a light-hearted jaunt through the adorably quirky mind of someone who likes her board games to be organized in alphabetical order and will only eat the blue M&Ms. One even bemoaned the fact that this book could’ve been “cute and romancy” if it hadn’t been for that darned “deeply disturbed narrator.”

I wonder if reactions like these are indicative of the fact that people don’t think of OCD as a serious mental illness. They came for some light Stranger Than Fiction shenanigans and felt duped when they had to sit through something heavier and harder. And whose fault is that? Maybe ours. As a society, I mean.

OCD is widely known and talked about but, for the most part, it’s known and talked about incorrectly. The letters have become a stand-in for picky, for fastidious, for controlling. It has come to mean, I don’t like when picture frames are crooked, or, I like organizing things by color. The acronym is used so flippantly (and improperly) that when we see OCD in the wild, in fiction, wherever, we don’t recognize it.

But it’s almost laughable that anyone misuses it at all—the definition is in the name. Obsessions (unwanted, intrusive thoughts, feelings, ideas, etc) beget compulsions (behaviors carried out in order to get rid of or control the obsessions) to an extent that is disordered (disrupts a person’s daily life).

Valencia, of Valencia and Valentine, has recurring, disturbing, graphic thoughts. She worries she is going to burn her apartment complex down and kill everyone inside and she can’t stop picturing it. She goes home from work to check the stove just in case. She can’t touch doorknobs, she obsessively washes her hands, she calls her parents in the middle of the night to make sure they’re still alive. She cleans her cubicle at work over and over and over throughout the course of a day. Internally, she’s constantly checking, worrying, obsessing, repenting, and pleading with her own mind to be still for one second. She needs to physically control everything in order to semi-control her thought life. The list goes on, and on, and on. It’s all-consuming, it’s constant, it’s exhausting.

But is it an exaggeration? I’d argue that it’s not. In fact, as I was writing her character, I was aggressively toning it down to make it more accessible, more readable. The reason it seems like an exaggeration is that it sits in such stark contrast to a person who gets irritated by a crooked picture frame, or who counts steps, sometimes, as they walk upstairs, which is more commonly what comes to mind when we think of OCD. Character quirks. Preferences. The occasional nagging thought that anyone might have, but which can be pushed out of the mind without too much effort.

So if you read this book and are at all surprised by its depiction of OCD, I’m glad. In fact, I’d say, don’t stop here: there are so many books that portray OCD accurately and compassionately—such as Barbara Claypole White’s The Promise Between Us or John Green’s Turtles All the Way Down. And if, as you read widely and encounter mindsets and ways of thinking that seem implausible or overwrought, stop to consider: maybe this is how another person actually lives their life, actually thinks. Is it uncomfortable to read? Great. Nothing builds empathy for another person more than spending some time in their head, and that’s the wonderful thing about fiction: it lets you step right inside. 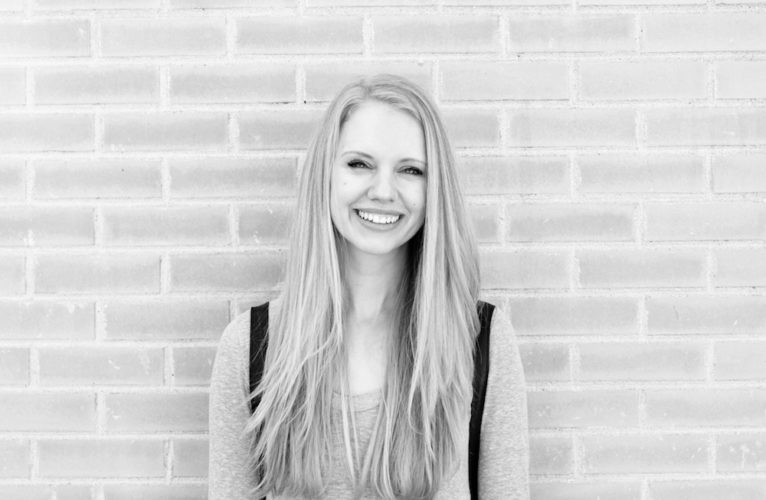 Suzy Krause is a Canadian writer and music lover. Valencia and Valentine is her first novel. Like Valencia, she has worked as a debt collector, and like Mrs. Valentine, she likes to tell stories. She writes about her life at www.suzykrause.com. 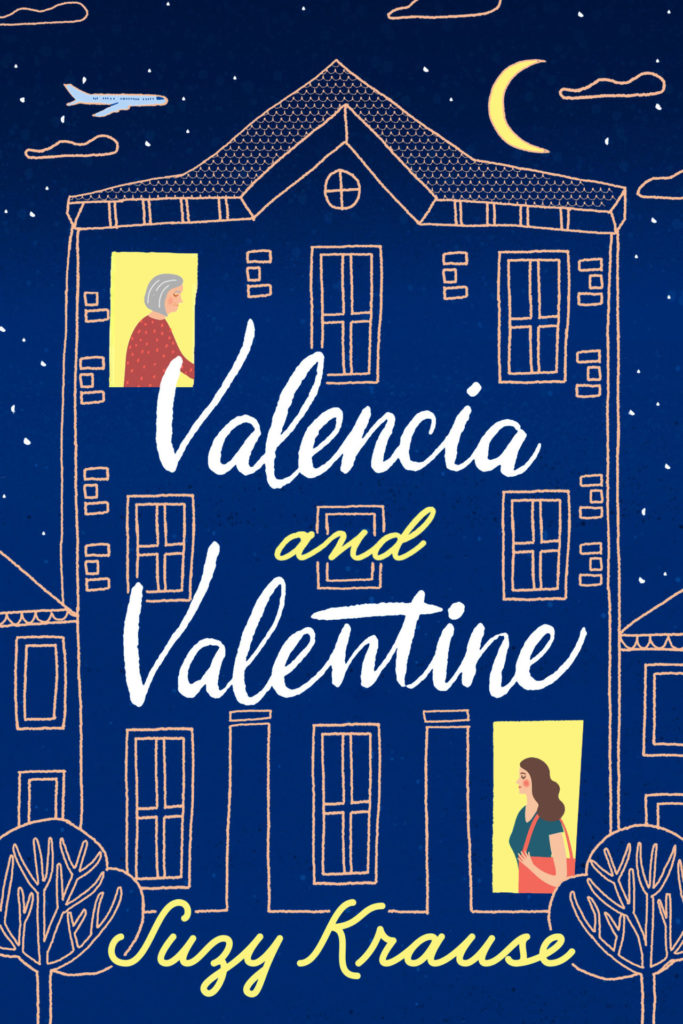 Valencia and Valentine by Suzy Krause, out June 1st

Valencia, a timid debt collector with crippling OCD, is afraid of many things, but the two that scare her most are flying and turning thirty-five. To confront those fears, Valencia’s therapist suggests that she fly somewhere—anywhere—before her upcoming birthday. And as Valencia begins a telephone romance with a man from New York, she suddenly has a destination in mind. There’s only one problem—he might not actually exist.

Mrs. Valentine is an eccentric old woman desperate for company, be it from neighbors, telemarketers, or even the funeral director (when you’re her age, you go to a lot of funerals). So she’s thrilled when the new cleaning girl provides a listening ear for her life’s story—a tale of storybook love and incredible adventures around the world with her husband before his mysterious and sudden disappearance.

The stories of Valencia and Mrs. Valentine may at first appear to have nothing in common…but then again, nothing in life is as straightforward as it seems.

Where Romance and Pop Culture Live Happily Ever After.
All Posts
PrevPreviousTexts From A: In Which All of My Realty-Based Nightmares Come True
Next5 Questions With: Dawn Kurtagich, Author of ‘Teeth in the Mist’Next