This World is Only Dull if You Refuse to Truly Look at It: Expanding Worlds with Sarah Porter 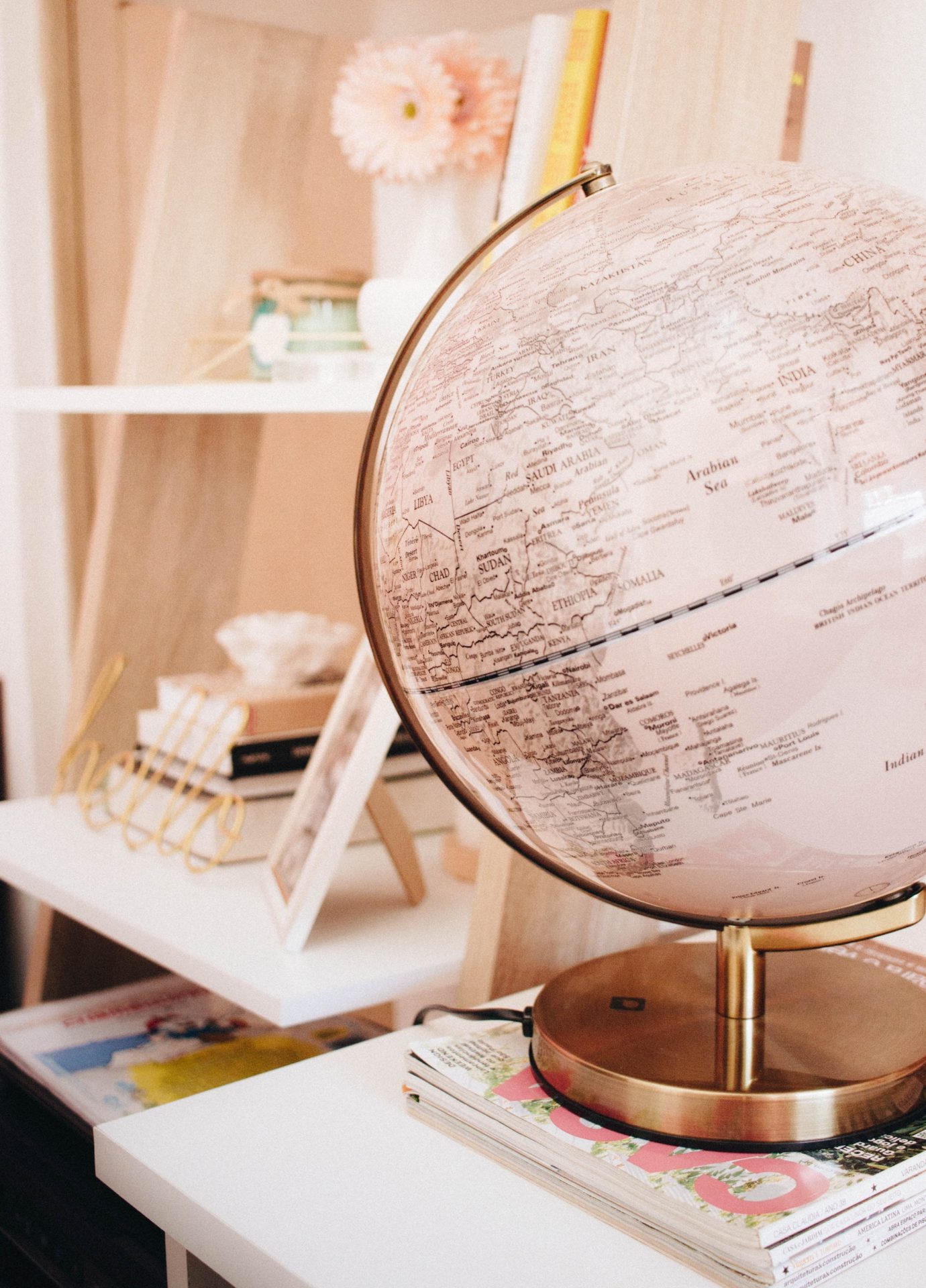 [Note from Frolic: We have the brilliant Sarah Porter guest posting on the site today. Take it away Sarah!]

Traveling, like reading, introduces an insoluble problem to your life: once you begin, once you get a taste for it, you realize how limitless the possibilities really are. A bookstore contains as many unexplored worlds as a smallish galaxy, and no one can visit more than a tiny percentage of them in a lifetime. Reading one, ten, or a thousand only makes all the unread books that much more tantalizing. And our own modestly-sized blue planet expands wildly in our minds once we glimpse its luxuriant complexity. For writers of fiction, there’s an additional twist. How many of the worlds that shimmer restlessly in the corners of our mind’s eye will we manage to traverse in prose?

When I consider everything I want to accomplish with the remainder of my life, it’s the unexplored territory, both within and beyond me, that makes me ache with longing. And I’m terribly aware that every place I visit, every book I read and every line I write, will only unfurl into shining desires to see and know and dream even more.

I’ve been fortunate enough to travel a fair amount in my life, especially when I was young and unmoored. I’ve hiked the Inca Trail and rambled among the whipped-cream hills and pink pirouetting stones of Cappadocia with people I loved beside me. At the time, I felt like I’d be adrift all my life, moving from city to city and taking provisional, haphazard work as it came to me. Now I’m older and much more stable, happily married and caring for my baby daughter, Vesper. I’m also sharply aware of how vast and various our Earth is, how much of it I’ll never see and how many of its wonders likely won’t survive the decades to come.

I want to show Vesper as much of our Earth as I can. One commonplace of fantasy novels is the idea that our world is dull and quotidian, that everything it contains is worthless compared to the glories of magic. If I can teach Vesper only one thing, it’s that this world is only dull if you refuse to truly look at it. It contains vastly more magic and more marvels than any of us can begin to comprehend, some of those marvels distant but others at our fingertips. I’d like to tell her that every trampled flower in the park only exists by grace of the bacteria that long ago evolved to fix nitrogen in the soil. I’d also like to take her to witness far-off splendors like the sculptural ice floes off Antarctica’s coast, now retreating as anthropogenic climate change gnaws it away. Where there are glints of hope, I want to show her those as well. Someday I hope to take her to see the migration of the gray whales in the lagoons of Baja, Mexico. I’ll tell her how the gray whales were nearly wiped out by whaling, but began recovering once that brutal practice was banned. Some of those whales are old enough to bear harpoon scars, but nonetheless approach boats. It seems they’re forgiving humanity, whether we deserve it or not. Beyond all these natural wonders, I’d love to show Vesper the magic wrought by human ingenuity as well, from Angkor Wat to the Supertrees of Singapore.

There’s nearly limitless exploration I want to do hand in hand with my little girl, and there’s also the voyaging I can only accomplish in solitude. Every time I write a novel, it feels as if I’m journeying into a world accessible to me alone, then striving to open a window through for anyone else who’d like to go there. Writing, for me, feels like an act of witnessing rather than invention. I don’t make the story up, but rather report back from the dreamscapes where I’ve gone wandering. The world of the novel takes on an obdurate reality for me, one that I see with such vivid immediacy that it sometimes threatens to erase my actual life from my mind. Writing is a form of travel to the countries hidden behind the veils of everyday consciousness.

And, just as with physical travel, each place I go blossoms into an exponential awareness of how much territory is still waiting for me. A single line can flit through my mind and I’ll know that if I caught hold of it, it would lead me on an adventure that would fill both years and volumes. My list of ideas for unwritten books only grows the more I write.

There’s the one about the consciousness of dead Antarctic explorers encoded in the ice; I don’t know if I’ll ever get to it, but now and then it calls to me. One based on the crazier theories of the astronomer William Hershel. One that involves a professor and rampaging dragons, another with girls grown from a sentient rhizome and another with a prophesying cat. I want to write all of these books, and a hundred others I haven’t begun to imagine yet — but I know I will.

And as for the books I’d like to read with whatever life remains to me? History and science and fiction, whole towers full of volumes. Books ancient and books as yet undreamed. Nonfiction reveals the magic of our world, and fiction reveals the magic in our minds, and there is nothing dull or drab or empty about those sweeping landscapes. The closer we gaze, the more they dilate into fractal intricacy. I will never love a single pebble of them as tenderly as it deserves, but that’s what’s on my bucket list: to try.

Sarah Porter is the author of several peculiar novels, including Vassa in the Night and Never-Contented Things. Her novel When I Cast Your Shadow was shortlisted for the Bram Stoker Award. She lives in Brooklyn with her husband and daughter. 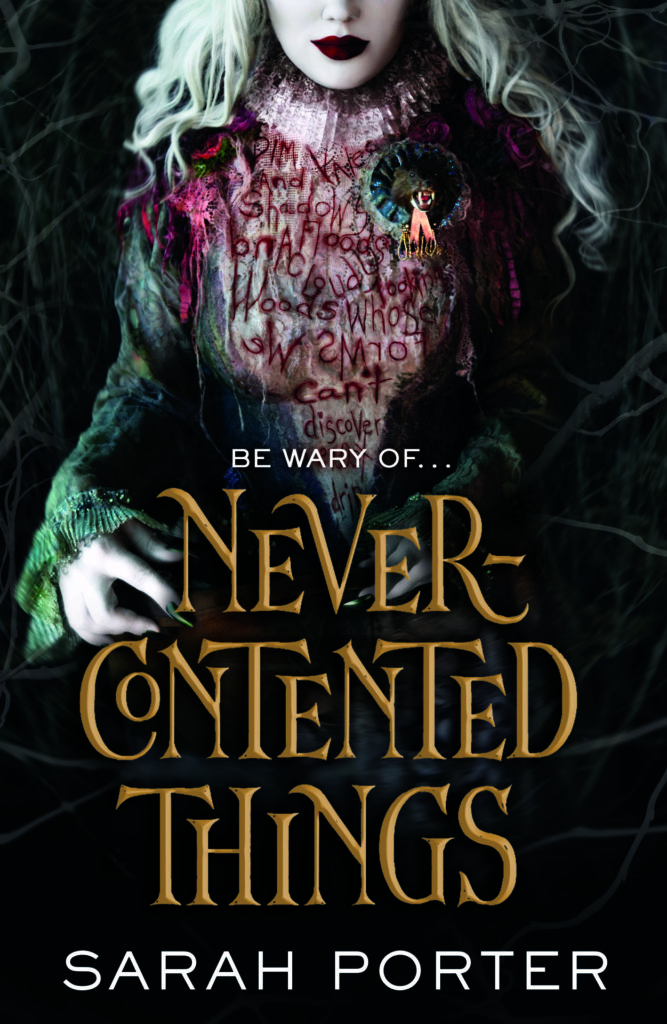 Seductive. Cruel. Bored
Be wary of…

Never-Contented Things
A Novel of Faery

Prince and his fairy courtiers are staggeringly beautiful, unrelentingly cruel, and exhausted by the tedium of the centuries―until they meet foster-siblings Josh and Ksenia. Drawn in by their vivid emotions, undying love for each other, and passion for life, Prince will stop at nothing to possess them.

First seduced and then entrapped by the fairies, Josh and Ksenia learn that the fairies’ otherworldly gifts come at a terrible price―and they must risk everything in order to reclaim their freedom.