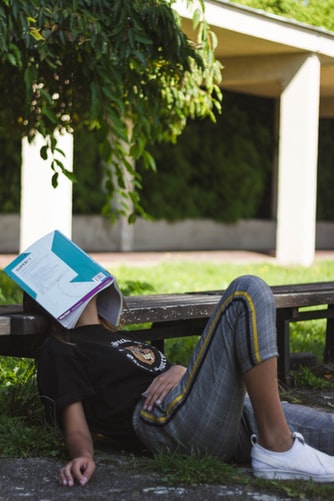 Recently, I was listening to the New Year Predictions/Resolutions episode of NPR’s lovely Pop Culture Happy Hour podcast. The host, Linda Holmes, made a resolution to try to watch no more than two Law and Order: SVU episodes at a time, because she found herself falling into the routine of watching the same familiar content over and over again instead of trying new things.

Linda Holmes DEFINITELY isn’t alone in this feeling. I, too, return to “comfort shows” like Parks and Recreation, Schitt’s Creek, and the same John Mulaney standup specials in my free time instead of taking a chance on new popular culture.

Personally, I have a couple theories about why this is the case. First of all, we live in tumultuous times, and I like the emotional comfort of knowing what I’m getting into. It’s part of the same psychology that makes romance so satisfying as a genre–no matter what else happens, there’s a guaranteed Happily Ever After.

There also seem to be so many choices that it’s stifling. We live in an age of content, so wasting time on mediocre or unenjoyable media feels more frustrating than ye olden days of cable when we used to just watch whatever was on. It’s like going to a restaurant and deciding on a dish–you COULD be adventurous, but if you already have a beloved entree option it feels dicey to deviate from the norm!

So if you’re like me (and, I suppose, like the amazing Linda Holmes) and want to break out of your pop culture rut, I have some ideas about breaking that cycle.

It’s likely that we’re all pretty familiar with a TBR (To Be Read) list for books. So if you love pop culture but feel overwhelmed by choices, why not make a TBW (To Be Watched) list?!

You could use a page on your bullet journal, a list on your phone’s Notes app, or even just a scrap of paper that lives in your nightstand. No matter the medium, the idea is to keep track of shows or movies that you’d like to see, so you have a reminder of what really piqued your interest when you first heard about it.

*Encore on Disney Plus

*Over the Garden Wall on Hulu

*The Crown on Netflix (I know—I can’t believe I haven’t watched this yet, either!)

The list could go on and on…but the point is I’ve thought about these shows more than once, so consulting the list will make it easier than the endless scrolling through options that happens when I open the dashboard for any of these services!

Switch Up The Medium and Genre

If you can’t tell by now, I’m mostly a tv junkie. Coming into adulthood during what’s been called “The Golden Age of Television” taught me appreciation for television as a format for storytelling, art direction and character development.

But as my tv watching skyrocketed, I started missing a lot of movies. To mix up my sense of pop culture fatigue, I could opt to watch movies that have been on my radar forever instead of lulling myself into the comfort of another night spent with the parks department of Pawnee, Indiana.

Are you more of a television person? Or someone who sticks to one genre of film? Use your pop culture fatigue to break into new genres. Let your romance-loving self take a chance on a critically acclaimed zombie movie. You may broaden your tastes and you’ll DEFINITELY spend time away from old habits.

I’ve hung around Frolic long enough to know that many of us have some version of “stay in, swaddled in blankets while reading or watching tv” as a top description of our ideal Friday night. Why not invite some friends over to experience that joyful coziness with you while you try out a new show or hyped-about movie?

In my opinion, social experiences with mass media usually make the viewing experience even more valuable. From the ripple of sniffles in the theater during Little Women to the collective laugh-out-loud moments during Schitt’s Creek, communal experiences often enhance the relationship to any pop culture.

For example: One of my blossoming friendships has been made even better by occasional movie nights in. I showed my friend Magic Mike XXL (spoiler alert: she dug it). She showed me Top Gun for the very first time (spoiler alert: I was baffled by the volleyball scene). Next time, I’m ready for a wholesome experience during which I share Paddington 2 with her (bring on the marmalade!).

Inviting a friend over to try out new media is a SUPERB way to mix up your pop culture habits while spending time with someone you already care about!

I can’t promise that I’ll totally break away from binge-watching old favorites. But I hope that some of these tips listed above will broaden my media habits over the next year. If you’re experiencing pop culture fatigue of any kind, I hope these ideas help you, too!

Erin Phelps is a lover of swoony romance novels, superb television and movies, and splendid comedic podcasts! In addition to writing for Frolic, Erin works at a fun customer service-oriented job at a salon. Sometimes, she can even be found teaching Women’s and Gender Studies at her local college! Her love language is well-constructed pop culture references and her favorite treat is a caramel latte.
All Posts
PrevPreviousP.S. I Still Love You Ignited My Giddy Teenage Soul
NextBook of the Week: The Worst Best Man by Mia SosaNext