Tips, Tricks, and Tech for Writing Solo and in a Group by Cate Holahan 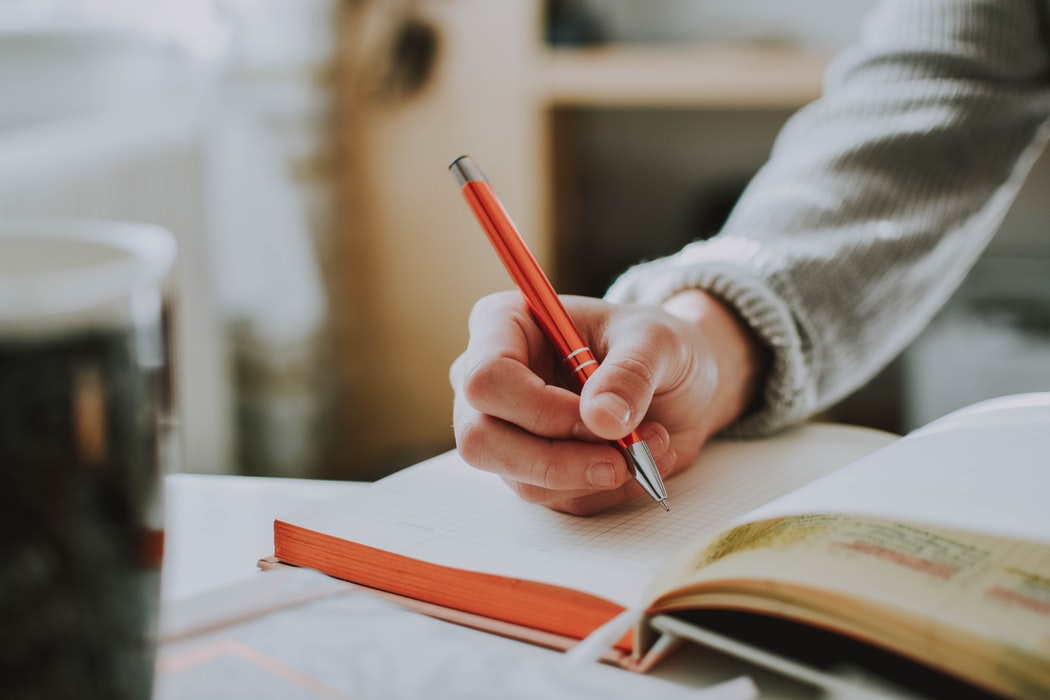 [Note from Frolic: Today, we welcome author Cate Holahan to the site. She has some amazing writing tips to share. Take it away, Cate!]

One of the most important writing tools that I use was picked up during a math lesson. My father, an accountant by trade, was trying to teach me how to quickly complete a set of problems that required the same formula when the value of an unknown variable steadily increased by one. He turned on our Dell desktop computer, which in a few short years had become a centerpiece of my school life, and opened Microsoft Excel.

Back in the early 90s, Microsoft Excel was one of two spreadsheet programs around and the only one that my dad thought I might have a prayer of understanding as a middle schooler. In 1993, it had released a version that automated solving math formulas with the use of function keys. The technology would transform business—and, as it turned out, my writing career.

I couldn’t tell you how to run a function on Microsoft Excel today. But I knew, even back then when I was just beginning to formulate stories, how easy the spreadsheet program would make keeping track of character arcs and plot points. The program brought the pushpin and corkboard system of plot organization into the computer age. With it, I can map out chapters and change around blocks of texts as my story morphs during the writing. I can make lists of the emotional growth I wanted characters to experience and then keep track of the actions and chapters in which they meet those goals.

To the “pantsers” among the writing community who start with an image or vague idea of a story and write their way to the end, using Microsoft Excel no doubt seems unnecessary. But as a mystery/suspense writer and avid plotter, I’ve found it invaluable. My opinion has always been that mystery readers are super smart and waiting for me to slip up. Their eagle eyes are always scanning for red herrings and the true identity of the murderer. To surprise my audience, I must have a good idea of where I am, where I intend to end up, and how much information to lace along the way. I’ve heard writers say that, sometimes, they get to the big reveal and surprise themselves and, therefore, the reader. Kudos. I’d get lost. I need to know the destination, and spreadsheet programs help me get there.

I used them over the past year when writing and editing Her Three Lives, my latest domestic suspense thriller. The novel tells the story of a couple, Greg and Jade, whose lives are upended after a home invasion. Greg, a 52-year-old, prominent architect, suffers a traumatic brain injury during the burglary. Confined to the home while he recovers, he installs dozens of Internet-connected cameras in and around his house in an attempt to safeguard him and his fiancée. As he obsessively monitors the live video feeds, he begins to wonder whether Jade, who is twenty years his junior, had something to do with the break-in. Jade, for her part, has secrets, but her reasons for keeping them may have more to do with avoiding negative stereotypes and maintaining her privacy than attempted murder. As Greg becomes more paranoid by what he sees, he becomes more dangerous, leading to a showdown that neither expect.

The story idea came to me after casually watching my own children via Nest cams and worrying that it might be inappropriate to monitor them via video past toddlerhood. The twists and turns, however, were all carefully plotted on a spreadsheet, which admittedly went through several iterations as my characters stubbornly developed in ways that I couldn’t entirely control. I changed the ending during an edit as I realized that the character whom I believed would be the villain was too damaged to commit the final act, and that it would need to be someone else with a stronger motivation. But even these changes were put in the spreadsheet, allowing me to easily see how they impacted the story and what other alterations would be required before and after in order for the new villain to seem organic.

I’ve found spreadsheet programs to be even more invaluable when working in a group. Recently, I signed on with several other fantastic suspense writers to pen a 1980s legal thriller for Audible. Our group used Google spreadsheets to keep track of our plot progression, assign chapters, create a character bible, and follow changes. Without everything laid out in a shareable document where items could be moved around, highlighted, and deleted, we wouldn’t have been able to easily work together.

In addition to the spreadsheet program, we also used Slack, a fantastic collaborative tool that allows chats to be segmented by topic, as well as the sharing of videos, articles, and documents. Slack became our go to place to drop research that we would later incorporate into our manuscript. It also became the way we most often communicated when not on our weekly video conference calls.

Another program that proved helpful was Google docs. While not as robust a piece of software as Microsoft Word, which I use when writing solo, Google docs made it easy for all of us to work simultaneously on the same manuscript. It also enabled us to keep track of edits and send one another comments tagged to specific sections.

When working in a group, knowing who is suggesting a change and why is of the utmost importance. Often, the person making the comment is doing so because of something they know about their main character’s development or prior actions that conflict with what is in the new chapter. Knowing who is making the comment can highlight continuity issues related to, but not mentioned, in the suggested edit.

My writing and the programs available have come a long way from when my dad was showing me Microsoft Excel as a kid. But what I learned then still applies: productivity software is as applicable to writing as to any other business. We should take advantage of the tools out there, in our personal work and in our collective projects.

Catherine “Cate” Holahan is the USA Today bestselling author of The Widower’s Wife (August 2016), Lies She Told (Sept. 2017), Dark Turns (November 2015), and One Little Secret (July 9, 2019). An award-winning journalist and former television producer, her articles have appeared in BusinessWeek, The Boston Globe, The Record newspaper, and on many web sites. She is a member of The Author’s Guild, Sisters-in-Crime, and Crime Writers of Color. She is a graduate of Princeton University and lives in New Jersey with her husband, two young daughters, and a sometimes-good dog. https://www.cateholahan.com/ 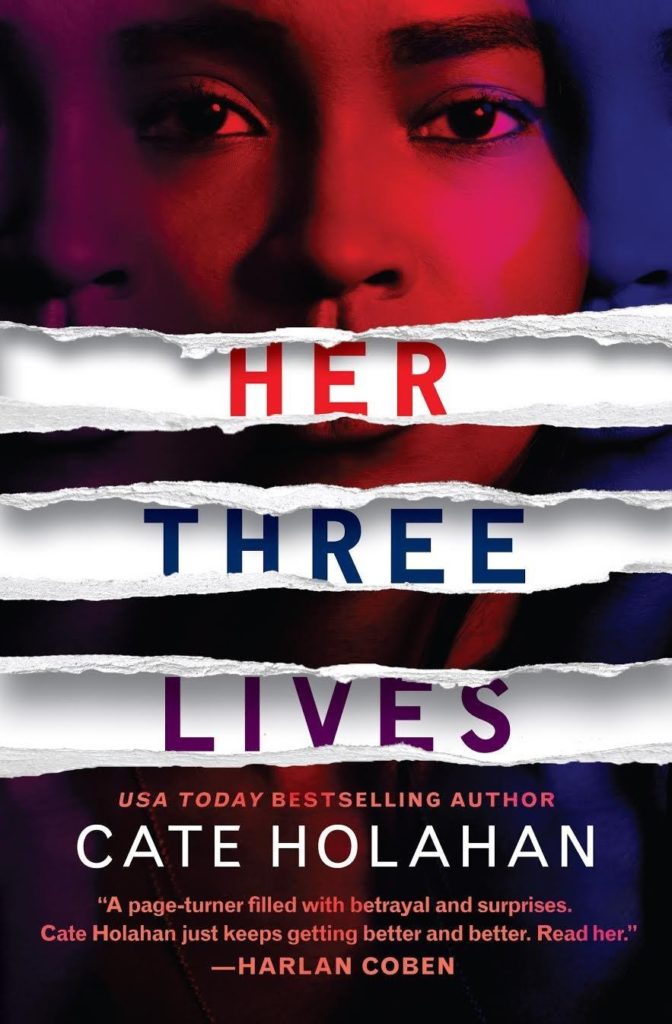 Her Three Lives by Cate Holahan, out now!

Gaslight goes high-tech in USA Today bestselling author Cate Holahan’s new standalone thriller in which a family must determine who the real enemy is after a brutal home invasion breaks their trust in each other.

Jade Thompson has it all. She’s an up-and-coming social media influencer, and she has a beautiful new home and a successful architect for a fiancé. But there’s trouble behind the scenes. To Greg’s children, his divorce from their mother and his new life can only mean a big mid-life crisis. To Jade, his suburban Connecticut upbringing isn’t an easy match with her Caribbean roots.
Her private life

A savage home invasion leaves Greg house-bound with a traumatic brain injury and glued to the live feeds from his ubiquitous security cameras. As the police investigate the crime and Greg’s frustration and rage grows, Jade begins to wonder what he may know about their attackers. And whether they are coming back.
Her secret life

As Greg watches Jade’s comings and goings, he becomes convinced that her behavior is suspicious and that she’s hiding a big secret.  The more he sees, the more he wonders whether the break-in was really a random burglary. And whether he’s worth more to Jade if he were dead than alive.

Where Romance and Pop Culture Live Happily Ever After.
All Posts
PrevPreviousM/M Enemies to Lovers Alert: The Hate Project by Kris Ripper Excerpt
NextExclusive: Heat of Love by Meka James Cover Reveal and ExcerptNext