Top Tips for Writing in a New Genre by Tara Lush 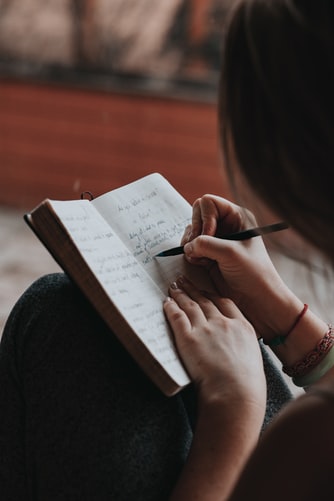 [Note from Frolic: We’re so excited to welcome author Tara Lush to the site today. She’s sharing her experience writing in more than one genre. Take it away, Tara!]

When I first started writing fiction, romance seemed like the obvious choice. It was a genre that I’d read and loved — along with mystery and true crime. When I told my oldest friend about my plan to write a steamy novel, she side-eyed me.

“Shouldn’t you be writing crime fiction?”

It was a reasonable question. I’ve been a journalist in Florida for two decades, with many of those years devoted to the weird, the horrific, and the criminal. I’ve covered many of the state’s biggest crime stories. High-profile ones such as Casey Anthony and Trayvon Martin. Lesser-known murderers who had abducted children and those who attacked fellow citizens in a drug-induced haze. I’ve also covered eleven mass shootings (including Parkland and Pulse) and witnessed thirteen executions in Florida’s death chamber.

“It’s too depressing.” I waved her off. “Too much like my day job. I want something different. My muse wants me to write about sex.”

And yet, my muse also told me to write a romantic suspense for my first novel. I entered the first chapter into Harlequin’s So You Think You Can Write contest and people commented on how disturbing it was.

In 2019, I was on a trip to Vermont and sitting around my best friend’s house. I mused aloud about the next steps for my fiction career. Self-publishing contemporary romance was increasingly difficult and competitive, I told her.

“I still think you should write a mystery novel,” my friend said.

I mulled this over for the entire month of August. I’d been reading Kathy Reichs’ Deja Dead, and although I loved it, I couldn’t imagine myself writing something so dark. There was the matter of the day job trauma, after all. But what if I could write something softer, something with a little romance and a twisty murder… something gentle.

While sitting in an adorable café in Quebec City and drinking the most potent espresso I’d ever had, I sketched an outline for my cozy. I used my experience as a crime reporter to plot the murder. First I chose a victim. Then I chose a murderer. I worked backwards with the details and clues, thinking about all the police reports I’d read over the years, all the news conferences I’d been to, and all the cops I’d chatted up.

I was able to blend my quirky characters and my love of a Florida setting with a murder and a romantic subplot. Cozy mysteries are known for having no gore, no swearing, and no sex, and I had to stick to those rules because that’s what the readers expect.

The lack of gore and swearing weren’t a problem.

The toughest part was the sex. Or lack thereof. As my heroine got to know the hot police chief, I kept thinking about their first kiss. How great it would be if they could share a steamy scene on the beach. How they should bang with wild abandon at the midpoint of the book!

In the meantime, if you’re a romance author looking to branch out and try something different, I wholeheartedly recommend cozy mysteries. It has a lot of the same elements as romance, and the books end happily — but instead of plotting sexytimes, your writer brain will be challenged by solving a murder. I just finished the second in the series and had a blast taking my heroine through another murder investigation.

She and the hero also take their relationship up a notch, with an actual kiss.

Tara Lush is a Rita Award finalist, an Amtrak writing fellow, and a George C. Polk Award winning journalist. For the past decade, she’s been a reporter with the Associated Press, covering crime, alligators, natural disasters, and politics.

She also writes contemporary romance set in tropical locations under her real name, Tamara Lush. A fan of vintage pulp-fiction book covers, Sinatra-era jazz, and 1980s fashion, she lives with her husband and two dogs on the Gulf coast. 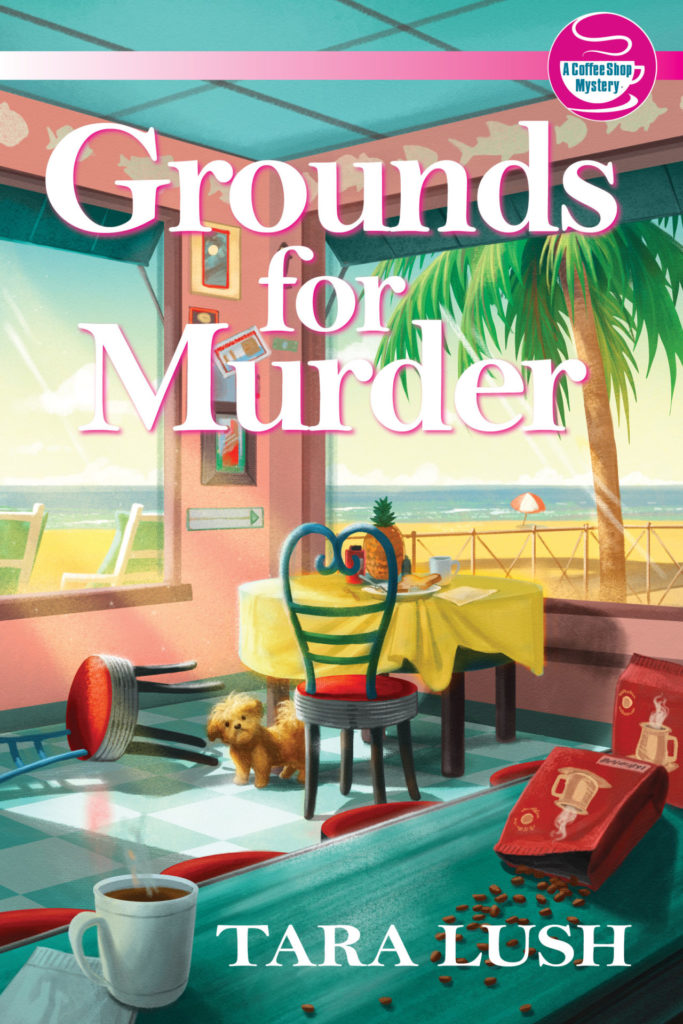 Grounds for Murder by Tara Lush, out now!

Barista Lana Lewis’s sleuthing may land her in a latte trouble as Tara Lush launches her new Coffee Shop mysteries.

When Lana Lewis’ best — and most difficult — employee abruptly quits and goes to work for the competition just days before the Sunshine State Barista Championship, her café’s chances of winning the contest are creamed. In front of a gossipy crowd in the small Florida town of Devil’s Beach, Lana’s normally calm demeanor heats to a boil when she runs into the arrogant java slinger. Of course, Fabrizio “Fab” Bellucci has a slick explanation for jumping ship. But when he’s found dead the next morning under a palm tree in the alley behind Lana’s café, she becomes the prime suspect.

Even the island’s handsome police chief isn’t quite certain of her innocence. But Lana isn’t the only one in town who was angry with Fabrizio. Jilted lovers, a shrimp boat captain, and a surfer with ties to the mob are all suspects as trouble brews on the beach.

With her stoned, hippie dad, a Shih Tzu named Stanley, and a new, curious barista sporting a punk rock aesthetic at her side, Lana’s prepared to turn up the heat to catch the real killer. After all, she is a former award-winning reporter. As scandal hangs over her beachside café, can Lana clear her name and win the championship — or will she come to a bitter end?

Where Romance and Pop Culture Live Happily Ever After.
All Posts
PrevPrevious5 Historical Romances to Cozy Up With This Winter
NextExclusive: The Hoodie Girl by Yuen Wright Cover Reveal and ExcerptNext