Trading Places: Or why History is Women’s Business Too by Karen Brooks 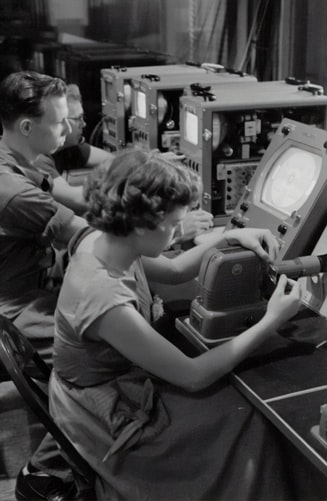 [Note from Frolic: We’re so excited to welcome author Karen Brooks to the site today. She’s talking all things women in history. Take it away, Karen!]

When I was in high school, I’m ashamed to admit, I endlessly mocked my history teacher. It wasn’t just because he was a tall, beak-nosed man with grey hair and jet-black, wiggly eyebrows who would flap his long arms like a bird when he spoke. The main reason he was ridiculed, and by the entire all-girls history class, was because he was sooo boring. For Mr A, history was all about dates, rulers, wars, lines on a map… oh, and men. Whether it was soldiers, doctors, bakers, millers, brewers, farmers, rulers, sailors and so on, men ruled the world and, apparently, made history as well.

Women, unless they were a queen, were rendered invisible.

Before we consign Mr A to the dustbowl of, well, history, it’s only fair to acknowledge he wasn’t alone in this one-sex view of the past. For decades, history was seen (and taught) as a vast landscape where men reigned, even when they didn’t have a throne.

Fortunately, that approach is not only seen as outdated and dull, but most importantly, inaccurate. Many historians – female and male – have since made a point of revisiting HIStory and putting women back into their rightful place, restoring balance with HERstory.

One of the ways this is being done is by examining the role women played in business.

We’re so familiar with the notion that, in the past, women were confined to domestic space, it’s rarely questioned. And, while “home” was certainly regarded as women’s province, the truth is a great deal more complex.

Not only did women assist their fathers, brothers, husbands and male family members in trades regarded as “men’s business”, such as butchers, bakers and candlestick makers (couldn’t resist), never mind running inns and taverns, but there are many examples of women mastering the skills required as well. That’s before we consider that for centuries, women were healers, midwives and keepers of arcane medical knowledge. Mind you, that could lead to accusations of witchcraft, exile, torture and horrific death.

Not only were women an essential part of so many trades we think of as exclusively male, but they ensured its success. It’s easy to forget there wasn’t the division between household and business that exists now – both often happened under the same roof. As a consequence, women were not only familiar with the day to day running of a trade, but managed the apprentices, dealt with customers, and kept the business running (which meant making the products or supervising this) when the men were ill, went to war or died.

Obviously, there were some trades considered women’s work. For example, women were spinners, but not generally commercial weavers. Women were fishwives – responsible for cleaning and gutting fish and selling them (among other things) – but not catching them. Women were allowed to peddle products, but were not generally seen as legitimate craftspeople or creators in their own right (there are exceptions to this, of course). Women were regarded as the “weaker vessel” and therefore not only unable to think, wield an axe, smithy, work outdoors all day – but forbidden – even though they regularly did exactly these things!

Guilds and mysteries were set up to not only protect tradespeople and ensure fair pricing and regulations, but women were excluded from membership – unless they were widows and inherited a business (daughters were regularly discounted in wills – it was up to another male family member to care for them), in which case they might be begrudgingly admitted. They were also pressured to marry again – fast – so a man might be in charge.

Woe betide any woman who defied the mores of the day and tried to make a living from a trade – especially without a man by her side. And yet, this did happen and more often than we think.

It was a risky business, remaining on one’s own. Called a femme sole (woman alone), judgement could be harsh and swift. Assumed everything from a whore to a witch, and definitely a threat to social order, women traders, especially those who tried to operate alone, could be subjected to persecution by both competitors and other folk, strict and reductive rules, hounded by authorities, refused the protection of guilds and the other benefits of belonging to these male preserves, and altogether treated as pariahs. No surprise their enterprises sometimes failed.

Ironically, it was only once a woman was widowed that she not only attained a degree of liberty, but was free to marry again for reasons other than business. Only then, could she seek love.

Did it happen? We have to assume yes, and there are lovely stories of genuine “love matches”. Surely, the fact the poetry, myths and tales of yesteryear were so focussed on love tells us something too. It wasn’t that it wasn’t valued and sought, it just didn’t have a place in marriage. Our medieval and later ancestors would have been most perplexed at our desire for “true-love” and search for “the One” and asked, “What’s love got to do with it?”

Marriage in the past, was a purely a transaction, a trade, meant to better conditions for both parties (certainly the men) and produce heirs – to either inherit property, titles etc. or, for “commoners” to ensure they carried on the trade/maintained the land.

The only way of avoiding marriage was to enter another kind – as a nun.

The pressure on women, especially in trade, must have been formidable. They walked a fine line between acceptance and rejection, being successful or a failure, on shoring up a reputation or eternally damaging it. Trade, with few exceptions, was something women had no business entering. And yet, they courageously did.

Just because women (traders) are excluded from our histories, doesn’t mean they didn’t live it.

It’s so refreshing we’re making it our business to ensure a fair revisioning of the past is happening, one that puts women back in the picture, not at the expense of men, but beside them.

I’d call that a fair trade.

Karen Brooks is the Australian-born author of nine novels.  She is an academic, a newspaper columnist and social commentator, who has appeared regularly on national TV and radio. 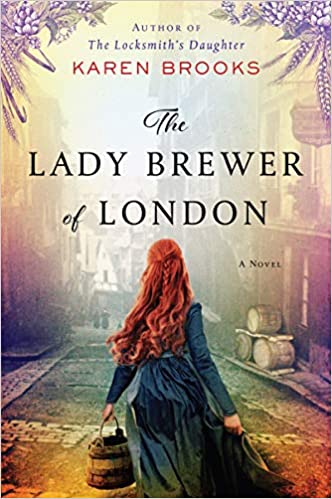 The Lady Brewer of London by Karen Brooks, out now!

1405: The daughter of a wealthy merchant, Anneke Sheldrake suddenly finds her family bankrupted when her father’s ship is swept away at sea. Forced to find a way to provide for herself and her siblings, Anneke rejects an offer of marriage from a despised cousin and instead turns to her late mother’s family business: brewing ale.

Armed with her mother’s recipes, she then makes a bold deal with her father’s aristocratic employer, putting her home and family at risk. Thanks to her fierce determination, Anneke’s brew wins a following and begins to turn a profit. But her rise threatens some in her community and those closest to her are left to pay the price.

As Anneke slowly pieces her life together again, she finds an unlikely ally in a London brothel owner. Determined not only to reclaim her livelihood and her family, Anneke vows not to let anyone stand in the way of her forging her own destiny.

Where Romance and Pop Culture Live Happily Ever After.
All Posts
PrevPreviousRomancing the Runoff Results: You All are Amazing!
NextPerfect Pairings: Books and Vacations We Wish We Could Take Right Now by Lori Nelson SpielmanNext