We, as a society, NEED to talk about ‘Umbrella Academy’ 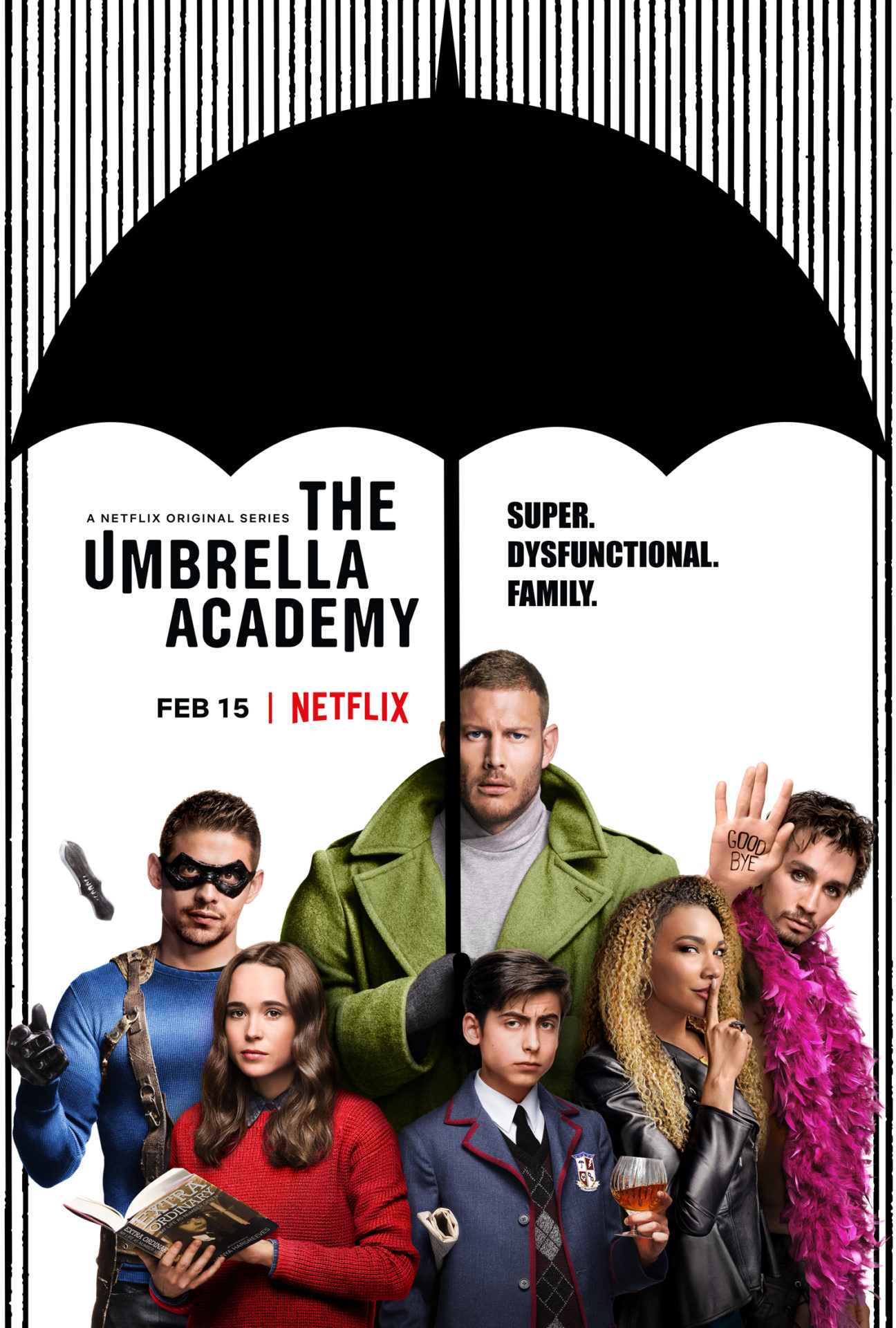 In case you were previously unaware, we here at Frolic happen to be HUGE fans of the emo/screamo/punk band My Chemical Romance. Perhaps you might remember from this previous Fangirl Corner.

But we’re not here to rehash a bunch of songs from the mid-2000s.

No. We’re here to talk about The Umbrella Academy, which has been turned into a Netflix series and holy shizit are they the best ten episodes you’ll ever see of anything in your life.

The premise is this: On October 1, 1989, 43 children were unexpectedly born around the world. The unexpectancy of their birth came from the fact that when their mothers woke up that day, and none of them were pregnant. A sort of instantaneous, Jane the Virgin-esque premise, if you will. Anyway, an eccentric billionaire adopts seven of these babies, six of which have special abilities, and he trains them to fight crime.

Now, it’s many years later, and the gang has disbanded. They all come together again when their father suddenly dies of unknown causes, and on an unrelated note, they have to put a stop to the end of the world, which is in eight days.

It’s a weird premise to be sure, but it’s such a beautiful, whimsical, dark world that you’re sucked in from the very beginning, and each character’s problem is like a painful bump on a loooooooooong road trip. You can check out the trailer below.

Now, we’re not here to waste your time. If you’re already a lover of the show, then you can keep reading for your own amusement. If you’ve been seeing ads for this show around the Internet and you’re iffy on whether or not you want to watch it, then this article is DEFINITELY for you.

Read on, friend and future fangirl. Because here are some of the best parts of The Umbrella Academy:

It’s not much of a spoiler if you haven’t seen the show, but basically one of the siblings (all of which are in their early 30s) has advanced in time to an old man, but he returns to this world in the body of his 13-year-old self. So imagine a whiny, intelligent, crotchety old man in the body of a preteen.

Actor Aidan Gallagher is more a grown up in this show than most actual grown ups IRL. He’s sassy and irritable and never in the history of anything has anyone deserved the compliment “nailed it” as much as this kid does.

Each of the kiddos has their own power. And it’s all impressive.

It’s in the first episode. Just watch it.