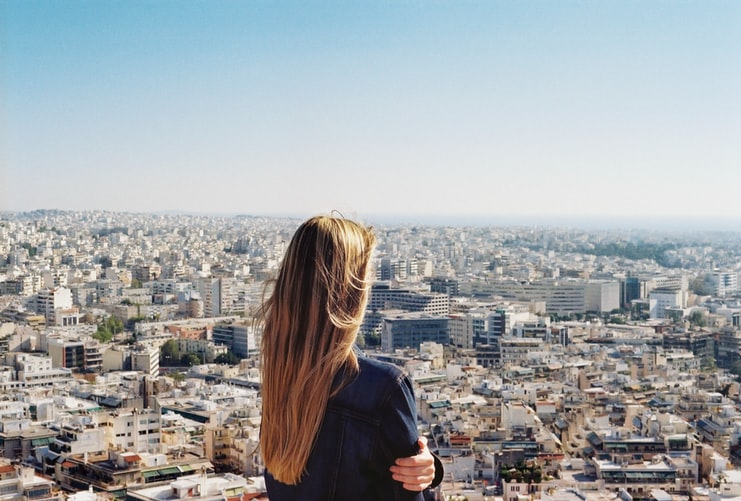 There is a large debate about the origins of the quote “well-behaved women seldom make history” and more specifically who said it first. Was it Anne Boleyn? Marilyn Monroe? Eleanor Roosevelt? Or Laurel Thatcher Ulrich in a 1976 academic paper? Whoever the history books select, the truth of the statement cannot be denied. The more outspoken or exceptional your deed the more likely you are to be noticed. Does that mean rambunctious women are more deserving of making history? Certainly not, but they are more likely to draw attention than the ladies who sit quietly darning socks and canning preserves (which are truly admirable gifts that provide a sense of calm continuity during times of strife, but don’t exactly make for riveting storytelling).

For so long, women have been portrayed as quiet mice on the sidelines of history. Absolutely we need mothers, wives, sisters, and daughters who pour their strengths into tending hearth and home (a much underappreciated role in my humble opinion), but we also need women to stoke the fire of revolution and answer the call of duty when the roles have been vacated by men going off to war. Historical women, fictional and not, are painted through rose-colored glasses as docile creatures with perfectly coiffed curls (a talent I can much admire given they didn’t have salon professionals back then) smiling meekly from the back row. “No more!”, I cry to this absurdity! Historical women had to be tough because life was not easy. For women to be heard, they had to rise above the din of war, revolution, unfair taxes, death, voting rights, business discrimination, and every other plight that makes my modern day head spin. It’s time for these brave figures to step bravely from the silent pages of history and let their awesomeness be known!

First up, a lady who needs no introduction as her reputation far precedes her. Love her or hate her, Scarlett O’Hara is a firebrand out of time from her gently Southern upbringing. In Margaret Mitchell’s classic Gone With the Wind, Scarlett O’Hara is the epitome of getting things done when the going gets tough. America’s Civil War destroys the land of cotton and brings Dixie to her knees, but not Scarlett. Peaches and cream on the outside, but you’d better believe that the inside is a core of uncompromising steel. Lie, steal, cheat, or kill, she’s determined to come out on top. It’s difficult to condone most of her decisions and certainly the way she goes about manipulating situations to her advantage, but frankly, my dear, you have to give a damn about her gumption.

Not quite as brash yet still infinitely important are the Hello Girls in Aimie K. Runyan’s Girls on the Line. It’s a story of the little known American women who served on the frontlines of WWI as telephone operators. Exposed to many of the same dangers as the soldiers, like shellfire, pure exhaustion, and endless mud, these women worked without complaint to keep the lines of communication up and running during battle. The story follows Ruby Wagner, a Philadelphia socialite, who finds her posh life unfulfilling. When the war turns her world upside down, she follows her convictions to be more than a pretty girl on the arm of a man she doesn’t love and volunteers for the Army Signal Corps serving in France. Despite wanting to do her bit, she and the other Hello Girls must fight to earn respect and a place among the soldiers already serving. It’s a story about following your heart and having the perseverance to see it through no matter the odds, while highlighting a group of extraordinary women who put their lives on the line. They did not see recognition until 1979 for their meritorious service.

Elizabeth Schuyler Hamilton. You may know her as one of the sisters from that Broadway smash hit while history footnotes her as the great Alexander Hamilton’s wife. I first learned about her while reading a little book called My Dear Hamilton by Stephanie Dray and Laura Kamoie. Oh my goodness, did this woman blow my gartered stockings off. Daughter of an army general, Eliza was imbued with a spine of steel, loyalty, and a razor sharp mind that helped to influence many of her famous husband’s writings. Many books have been recently written about her, but I absolutely fell in love with Dray and Kamoie’s telling of a young girl falling hopelessly in love with a young officer during the Revolutionary War, her trial by fire as the wife of a verbose politician, their mutual work on building the foundation of American law, her heartaches, and the ashes from which she rose with her unwavering character still intact. If you read one book about a Founding Mother, let it be this one.

No reading list of awesome women would be complete without Nancy Wake, heroine and spy extraordinaire from Ariel Lawhon’s newly released Code Name Helene. A nurse, journalist, French Resistance operative, Special Operations Executive spy, ambulance driver, and intelligence officer, the “White Mouse” was a force to be reckoned with and earned herself a spot on the Nazi’s most wanted list after killing a few of them with her bare hands. I first learned about this incredible woman a few years ago when her death made headlines, and I was deep in research about WWII spies for a book I was writing. I couldn’t believe she wasn’t a household name which makes me so incredibly excited that Lawhon has gifted her unbelievable story to the world. Here is a woman who refused to accept what life offered and instead went out and seized the opportunities herself to make a difference and save hundreds, if not thousands of lives as the world crumbled under Nazi jackboots. She was a champion of freedom and the sanctity of human life during a time of utmost horror, and if you’re not impressed by that, then I don’t know what else to say.

J’nell Ciesielski has a passion for heart-stopping adventure and sweeping love stories. When not creating dashing heroes and daring heroines, she can be found dreaming of Scotland, indulging in chocolate of any kind, or watching old black and white movies. Winner of the Romance Through the Ages and the Maggie Award, she is a Florida native who now lives in Virginia with her husband, daughter, and lazy beagle. Her latest novel The Socialite releases April 14th. 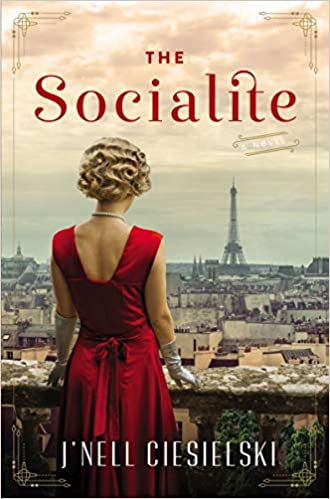 The Socialite by J’nell Ciesielski, out now!

As the daughter of Sir Alfred Whitford, Kat has a certain set of responsibilities. But chasing her wayward sister, Ellie, to Nazi-occupied Paris was never supposed to be one of them. Now accustomed to the luxurious lifestyle that her Nazi boyfriend provides, Ellie has no intention of going back to the shackled life their parents dictate for them—but Kat will stop at nothing to bring her sister home.

Arrested for simply trying to defend himself against a drunken bully, Barrett Anderson is given the option of going to jail or serving out his sentence by training Resistance fighters in Paris. A bar owner serves as the perfect disguise to entertain Nazis at night while training fighters right below their jackboots during the day. Being assigned to watch over two English debutantes is the last thing he needs, but a payout from their father is too tempting to resist. Can Barrett and Kat trust each other long enough to survive, or will their hearts prove more traitorous than the dangers waiting around the corner?

Where Romance and Pop Culture Live Happily Ever After.
All Posts
PrevPreviousExclusive: That Holiday in France by Rhoda Baxter Cover Reveal & 1st Chapter!
NextTrope Rec Tuesday: Staying Close Because We Have ToNext