What We Do In The Shadows: A Wacky Supernatural Romp 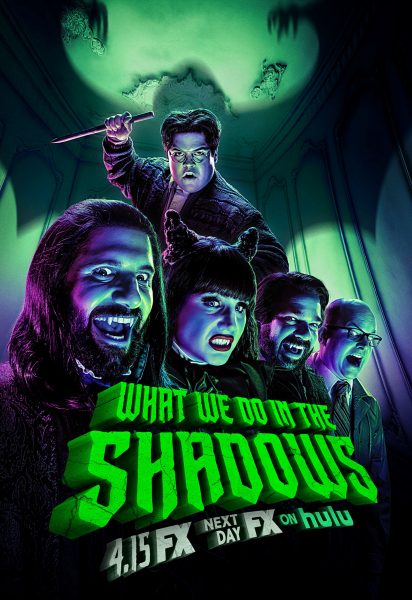 Now seemed as good a time as any to revisit the show and share all about what makes it such a unique addition to the comedy landscape.

What We Do In The Shadows is inspired by a New Zealand movie of the same name. The concept of both pieces answers a couple simple questions:

1. What if vampires were real?

2. What would a documentary of the everyday afterlives of some random vampire roommates look like?

The television show follows four vampire roommates who live together in an unexpected hotbed of paranormal activity: Staten Island.

There’s Nandor, whose cluelessness makes him a bit of a lovable loser. He wants to be liked, but is also one of the most annoying housemates because of his love of order and having things done just the way he likes them.

Nadja and Laszlo are a romantic couple with some weird habits and hobbies like making sexual topiaries and collecting taxidermy specimens of all kind. The two of them have a strange sexual chemistry that also seems to be built on a shocking amount of antagonism toward one another.

Then there’s Colin Robinson, an energy vampire who can walk around in the day because he survives by sucking the energy out of people instead of sucking blood. He works at a typical cubicle job, which is the perfect place to feast off the sorrows and boredom of his surrounding coworkers.

Also along for the ride is Guillermo, Nandor’s “familiar.” Guillermo is a mortal who lives to serve Nandor, because he one day hopes to become a vampire himself! This poor guy gets himself entangled into some pretty nasty scrapes in the name of serving his master.

What Makes It So Wacky?

What We Do In The Shadows was created by Jemaine Clement with heavy influences from Taika Waititi! These two were in the original movie and are known for their silly senses of humor from works like Flight of the Conchords, Eagle vs. Shark, Thor: Ragnarok, and more!

Even though What We Do In The Shadows is positioned like a documentary, it doesn’t feel at all like other comedy mockumentaries in recent memory like Modern Family or Parks and Recreation. There’s a rough-around-the-edges quality that somehow makes the comedy punch up even more!

The creative team is known for their zippy dialogue, dry comedic quips and quirky visual panache. It makes sense that their show would be such a unique product!

What Kinds of Bonkers Plots Can Viewers Expect?

Here’s just a smattering of the types of weird things our vampire crew gets into:

-Nadja falls for a guy named Jeff, who turns out to be the reincarnation of her lover Gregor from hundreds of years ago. Nadja affectionately calls him by the name “GregorJeff.”

-Nandor tries to pursue American citizenship, but hits roadblocks when it turns out that government workers are immune to glamouring

-Laszlo gets captured by animal control while he’s in bat form, and the rest of the gang must bail him out!

-The vampires have to go on trial in front of a vampire tribunal that’s made up of all kinds of great cameos!

You get the idea…this silly band of characters are always up to bizarre antics that lead to a wide variety of comedic circumstances!

As a caveat, even though I love this show it may not be for everybody. If you prefer your comedy television shows to follow more established sitcom patterns, the off-the-wall humor may not work as well for you. Also: you do need to be able to get down with some occasional comedic gore and unusual sex jokes.

If none of that seems like a barrier, then I invite you to join me on the dark side with this bonkers show! It’s available on Hulu and FX and functions as a perfect palate cleanser to break up your latest re-watch of older comedy favorites like The Office or New Girl.

Erin Phelps is a lover of swoony romance novels, superb television and movies, and splendid comedic podcasts! In addition to writing for Frolic, Erin works at a fun customer service-oriented job at a salon. Sometimes, she can even be found teaching Women’s and Gender Studies at her local college! Her love language is well-constructed pop culture references and her favorite treat is a caramel latte.
All Posts
PrevPreviousParanormal Series Recommendation: Big Bad Wolf Series by Charlie Adhara
NextMy Favorite May-December and Enemies-to-Lovers, Political Style Romances with Cecilia LondonNext