What would LaVyrle do? 5 Lessons from a Romance Icon by Melanie Harlow 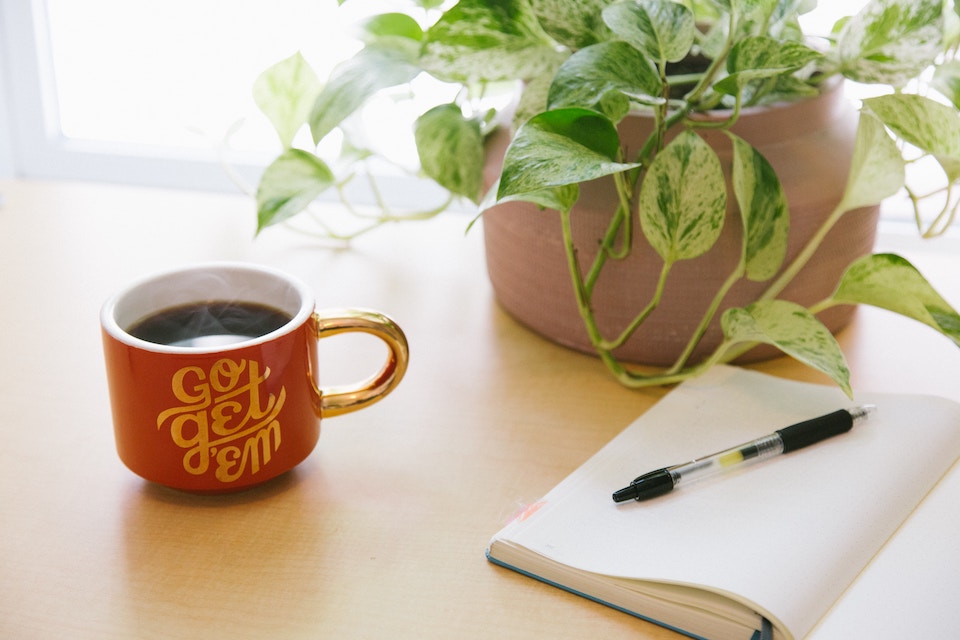 Right above my desk is a robin’s-egg-blue canvas painted with shiny gold script. I look at it often.

When I have writer’s block. When I’m not sure what the hero is thinking. When I don’t know what the heroine does next.

The words on that canvas reassure me. They offer guidance and inspiration. They provide the little spark that makes me go, “Oh yeah, that’s what happens next!”

Here’s what they say…

What would LaVyrle do?

Lavyrle Spencer is my favorite romance author of all time. I reread my favorite LaVyrle titles multiple times each year and never tire of them, even though they’re more than 20 years old (Years, November of the Heart, and Bitter Sweet). Her stories embody EVERYTHING I want mine to be–here are 5 reasons why. 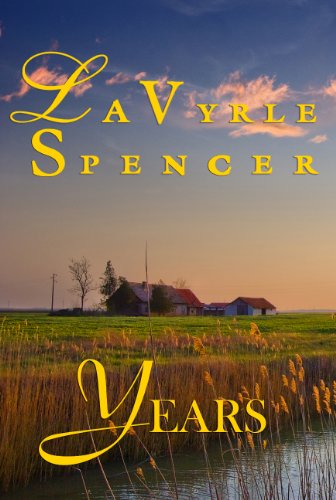 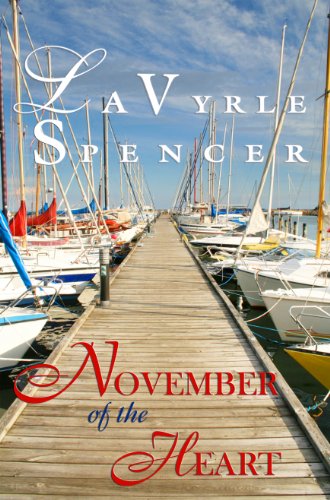 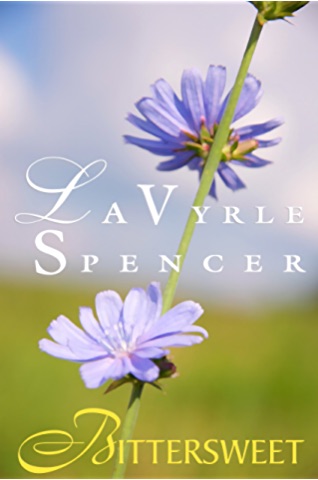 Lavryle’s heroes, even in her historical romances, are not dashing aristocrats or billionaire rock stars. They are farmers and fishermen and saloon keepers and house painters and boat builders and cops. When she started writing in the late 1970s, this wasn’t the norm. Usually the romantic hero was more of an overbearing bully than a “nice guy.” I love that she made ordinary men sexy. I found her cantankerous wheat farmer Theodore Westgaard in Years so hot I wrote my own broody farmer: Jack Valentini in After We Fall, probably my most popular hero to date.)

I love a grand adventure in the city as much as the next girl, but give me a small town romance to really melt my heart. They’re full of people I feel like I know, places I feel like I’ve seen, things that could really happen. Lavyrle has said that her books are a mix of “hopefulness and the real world,” and I think her settings perfectly reflect that. My current series, the Cloverleigh Farms series, are all based around a family-owned farm and inn located in northern Michigan, and I was totally inspired by stories she set in summer tourist destinations like Door County, Wisconsin.

Romance is a fantasy in some ways, but I learned from Lavyrle that it’s okay–even good–to portray ordinary people facing the kind of adversity we all face in real life. Things like divorce and loss and single parenting and difficult mothers and disabilities and checkered pasts. One of my most-loved heroes, Sebastian from Some Sort of Happy, suffers from OCD. In Some Sort of Love, Levi is a single dad to a son with autism. Noah, the hero in my newest release, Insatiable, has a twin brother with cerebral palsy, and he has to deal with a lot of guilty feelings about it. Lavyrle showed me that you don’t need dramatic explosions or kidnappings or the threat of death to weave a compelling narrative. She once said, “The drama happens within, in the emotional impact of the characters,” and I couldn’t agree more.

Lavyrle was one of the first romance authors to give her readers the hero’s viewpoint. These days, lots of us write in dual POV (point of view), which chapters in both the hero and the heroine’s voice, but we shouldn’t take for granted that this wasn’t always the norm. I love writing this way, because what a character says and what they think are often two different things, and that creates delicious tension! It’s like letting the reader in on a secret–she knows something that the other character doesn’t. For instance, the scene in the barn in After We Fall when Jack is dying to kiss Margot but he doesn’t want to be disloyal to his late wife, we feel that struggle because we’re right there in his head. Poor Margot is clueless, and when he’s a jerk to her afterward, she doesn’t understand. But we do. And we want to see how on earth she’s going to break down those walls.

When I first started reading my mother’s LaVyrle Spencer novels, I was in high school (thanks, Mom). Safe to say, everything I learned about sex, I learned from good old LaVyrle. But I have since come to realize that this is a good thing–actually, a great thing. Because LaVyrle’s heroines really enjoy sex. They have orgasms. Their desire is not treated as shameful or unusual. Their pleasure is validated and prioritized by the hero. They are not forced or mistreated or made to feel that they should not want sex just as much as the hero does, and her descriptions are full of ridiculously wonderful words like “tumescence” and “turgid manhood.” LaVyrle did not fade to black once her characters were ready to put “sword to sheath,” so neither do I. (Don’t worry, I don’t use those metaphors–although I really enjoy reading them!)

Not a day goes by that I don’t yearn for another LaVyrle Spencer novel. I’ve never met her (and my husband says I should not show up on her doorstep even if I do manage to find out where she lives), but if I ever got so lucky as to introduce myself, I will thank her with all my heart–that is, if I can stop my fangirl weeping.

Melanie Harlow would not exist without LaVyrle Spencer. I am grateful, I am ever-inspired, I am proud to continue her tradition of small-town romance with ordinary people falling in fairy tale love.

Insatiable is my eighteenth full-length solo release, and after typing THE END, all I wanted to do was sit on my couch and reread Years again. But I didn’t–I put my butt in the chair and started the nineteenth.

Because that’s what LaVyrle would do.

Melanie Harlow likes her martinis dry, her heels high, and her history with the naughty bits left in. When she’s not writing or reading, she gets her kicks from TV series like VEEP, Game of Thrones, Succession, and Homeland. She occasionally runs three miles, but only so she can have more gin and steak.

Melanie is the author of the ONE & ONLY series, the AFTER WE FALL series, the HAPPY CRAZY LOVE series, the FRENCHED series, and the sexy historical SPEAK EASY duet, set in the 1920s. She lifts her glass to romance readers and writers from her home near Detroit, MI, where she lives with her husband, two daughters, and pet rabbit. 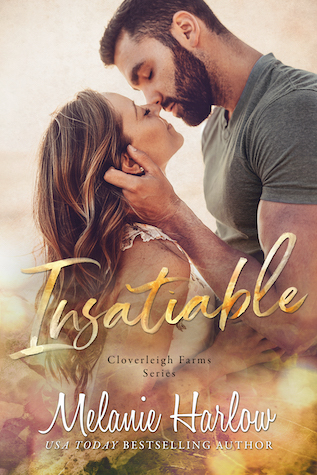 Insatiable by Melanie Harlow, out now!

I didn’t mean to see him naked–it was an accident.

It had to be, right?

Because Noah McCormick and I have never been anything more than friends. In all the years I’ve known him, he’s never once laid a finger on me. And even though he was a cute lifeguard at 16 and a hotter-than-hell sheriff’s deputy at 34, he’s always been that protective guy I could trust to keep his hands to himself. I never wanted to mess with that.

Until I walked in on him getting out of the shower and saw his hard, muscular body totally bare and dripping wet. At that moment I never wanted to mess with anything so badly in my entire life.

I should have covered my eyes. Said I was sorry. At the very least, I could have handed him a towel.

After all, I was only in town for a few days, and he was just doing me a favor by escorting me to my sister’s wedding. It wasn’t a real date.

But I didn’t apologize. And he didn’t cover up.

(Talk about a hot mess.)

After all those years of being just friends, suddenly we’re insatiable.

He’s made it clear he’s not interested in romance. Which is fine with me because

I’ve got a plane ticket back to my real life at the end of the week.

2 thoughts on “What would LaVyrle do? 5 Lessons from a Romance Icon by Melanie Harlow”

Where Romance and Pop Culture Live Happily Ever After.
All Posts
PrevPreviousTrope Rec Tuesday: Goddesses Finding Their HEAs
NextOn My Radar: Seasoned Romances for November 2019Next