Why American Fairytale is a One-Click Own Voice Novel You Need Right Now! By Julissa Castillo 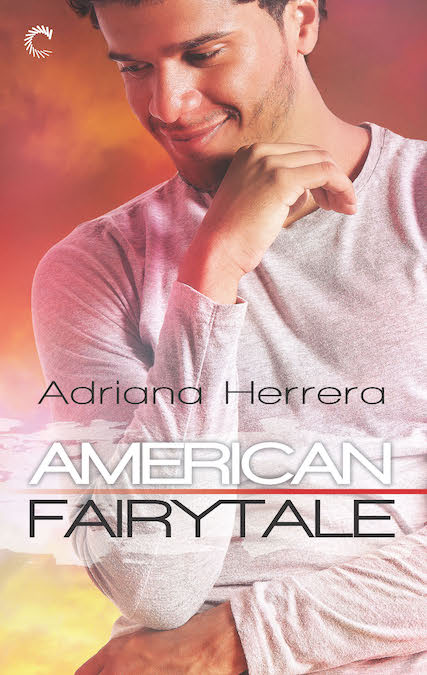 [Note from Frolic: We are so excited to have writer Julissa Castillo guest post on the site today. Take it away Julissa!]

One of my absolute favorite Own Voices writers to emerge in the romance genre within the past year is Dominican Adriana Herrera, who burst onto the scene a few months ago with her debut M/M romance American Dreamer. I’m not sure I’ve ever one-clicked a book as quickly as I did when I read the blurb for American Dreamer, which features an Afro-Dominican hero as he tries to launch a successful Afro-Caribbean food truck in Ithaca, NY and ends up falling for a local white librarian. I absolutely loved the book, and thankfully Herrera didn’t make us wait too long for the second book in the Dreamers series, American Fairytale.

Camilo Briggs is a Cuban-Jamaican social worker and advocate in NYC who has given up on finding a love as strong as the one between his parents. Though Camilo’s father passed away decades ago, his mother still grieves for him as if the loss just happened. Camilo accepts the fact that this kind of love is rare and almost impossible to find.

Thomas Hughes is a white-passing Dominican billionaire who is still learning to trust himself in relationships after his marriage ended. Despite the failed relationship, he’s grateful for the marriage because it brought him his life’s greatest gift — his adorable young daughter.

Their chance meeting at a fundraising gala leads to a seriously hot hookup and leaves both men wanting more. Too bad they didn’t exchange info and will likely never see each other again. That is, until Camilo goes to meet with the donor funding his agency’s new domestic violence shelter and is shocked to learn that his hot gala hookup is none other than Thomas Hughes, billionaire and apparent philanthropist.

Though Tom is thrilled by the prospect of getting to know Camilo better, Camilo is hesitant to put his job and the shelter in jeopardy by entering a relationship with the shelter’s main donor. No matter how sexy or kind or perfect he happens to be. Unfortunately for Camilo’s willpower, the more he learns about Tom, the more smitten he becomes. Camilo keeps waiting for the other shoe to drop and for Tom to reveal some flaw like his previous exes eventually did… but it doesn’t come.

As they continue to fall deeper into their relationship, they face some challenges due to their different financial situations, since Camilo is deeply stubborn and self-sufficient while Tom’s solution to every problem involves throwing money at it. Still, throughout the book, the connection between them is affirming and believable. Both Camilo and Tom feel like they can be all parts of themselves together instead of hiding, and it is lovely to watch them learn and love each new facet of their personalities. 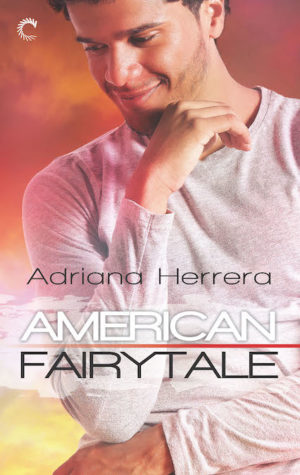 One of the things I love most about Herrera’s writing is how she doesn’t shy away from real-life issues even while weaving an amazing romance. In American Fairytale, Camilo’s mother is a refugee who came to the United States from Cuba during the Mariel boatlift. Camilo recognizes that his mom has never dealt with the trauma that arose from leaving her home country, as well as her immense grief over the death of his father. Throughout the book, Camilo tries to balance his need to help his mom get a handle on her mental health with his newfound commitment as he and Tom fall in love. Thankfully, Tom is nothing but supportive and never questions the time Camilo spends taking care of his mom, which both surprises and touches Camilo.

I love the care with which Herrera handles these important issues. As the daughter of Dominican immigrants, I know firsthand how things like therapy and antidepressants are viewed in our community, so I’m extra grateful to Herrera for normalizing mental health in her work. She also tackles other issues such as domestic violence, bigotry, and colorism with similar compassion and finesse, and her own background as a social worker really shines through.

American Fairytale is adorable, heart-warming, and seriously hot. It’s a complete standalone, but I also recommend the equally-fantastic American Dreamer. The third book in the Dreamers series, American Love Story, will be released in October and is currently available for preorder.

Julissa Castillo is an Afro-Latina screenwriter, romance aficionado, and Lin-Manuel Miranda fangirl. She hopes you’ll be able to see her name on your TV screens soon enough, but in the meantime, you can find her on Twitter @jmariecastillo, where she mostly retweets funny memes or rants about too-chatty Uber drivers.

Where Romance and Pop Culture Live Happily Ever After.
All Posts
PrevPreviousHistorically Yours: Top Historical Romance Picks for June 17 to June 30
NextTrope Rec Tuesday: Small Town-Set Romances You Can Fall In Love With!Next