Why Austen’s Still so Fetch: The Enduring Popularity of Miss Jane by Rachel Givney 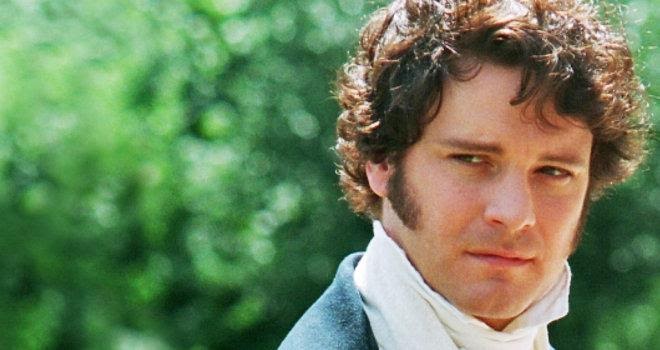 [Note from Frolic: We are so excited to welcome author Rachel Givney to the site today. She’s talking all things Jane Austen. Take it away, Rachel!]

During those dark months of COVID-19 isolation, I did not bake a single sourdough loaf and made no DIY improvements to my home. I did, however re-watch Sense and Sensibility (the Emma Thompson one), re-read Pride and Prejudice and Emma, re-watched Pride and Prejudice (the Keira Knightley one), also Bride and Prejudice, and to round things off, the entire six episodes of 1995 BBC version of Pride and Prejudice. I say re-watched because I’ve seen and read all these multiple times before. No wonder I didn’t install any shelving solutions during this period, despite spending 23 hours per day inside. I didn’t have the time. I’d like to say this Jane Austen-binge was coronavirus induced. It was somewhat; however, I partake in this Janeite-spree pretty much every year. I find a Pavlovian, classical conditioning response whenever I picture myself watching an Austen adaptation, my backside prickles with warmth at the thought of sinking into my couch. I have viewed Colin Firth as Mr. Darcy declare Elizabeth Bennet as ‘the handsomest woman of my acquaintance,’ on at least two dozen occasions. Not exaggerating. I have watched that BBC series twenty-four times. Don’t judge me.

I am not alone in this Austen-worshipping phenomenon. Pride and Prejudice has been adapted on 12 separate occasions for film and television, Emma eight. They’re not just making these for me. Our communal thirst for this lady’s work is insatiable. Why?

I have some theories, if you will allow me.

Firstly, her adaptability. When I’m not re-watching Mr. Firth emerge wet-shirted from that lake, I have a day job as a TV screenwriter. I write and edit the dialogue that actors say. Having read all Austen’s novels, what strikes me most is how well she writes dialogue, and how easily this translates for a modern audience. She never describes anything. She doesn’t explain the weather, she never talks about what people are wearing. What does Darcy look like? Who knows? He’s tall, that’s all she gives us. She’s like Shakespeare in that respect, and it’s no coincidence that the Bard also gets updated time and again, (10 Things I Hate About You is the best rom-com of the nineties, just saying). People will be forever re-imagining Austen the way they do Shakespeare. Neither will ever go out of style.

Secondly, she’s high-low. I am a woman of eclectic tastes, I once read Wolf Hall then binge-watched three seasons of Selling Sunset. I’m a high-low girl, as I think most of us are, give me caviar for dinner and a McFlurry for dessert. Austen’s the ultimate high-low because her books contain both. She writes silliness and poetry. She shows the idiocy of Mr. Collins, and then the poignancy of Charlotte Lucas having to marry him, as the only option available to that character.

The third reason for Austen’s never-ending popularity is that the woman is an enigma. There’s a sad and wistful story behind those witty words. Jane Austen famously wrote six novels about love, yet she herself never married or had any children. It’s true. The greatest writer of love stories in the English language, the queen of the Happily Ever After, died a spinster.

This paradox made such an impression on me that I wrote a novel about it. Jane in Love sees a fictional Jane time-travel to the present day and fall in love with a modern-day man, which causes all her books to begin disappearing from the shelves. Ultimately, she must decide between staying in the present – where she’s found love, but has lost the ability to write, or returning to her own time – where she will write her books and become “Jane Austen” but lose the love she’s found. Did Austen ever have love in her real life? Did she ever really have to make a choice like this? We’ll never know. We have so little information about the secrets of this lady’s heart, (believe me, I’ve looked), and that’s what makes her so compelling.

Finally, Jane Austen is funny, and funny never gets old. Austen reveled in poking fun at the world she depicted. Mrs. Bennet, the heroine’s mother in Pride and Prejudice, is a silly woman. Mr. Collins, who intends to make Lizzie his wife, the affection of both parties irrelevant, is a damn silly man. Humor doesn’t age, thus neither does Austen.

I must qualify this last point, by saying there’s one thing Austen never made fun of. That’s love. She shows Lizzie being proposed to by the foolish Mr. C, but in the end, our heroine finds true love with a suitor who’s worthy of her. Austen mocks and satirizes, but her women always get their Happily Ever After. And this is the central reason why I think we still love Jane Austen today. She knew what’s important, what we’re all looking for. To love and be loved in return. She gave her characters the Happily Ever After she never had in her real life, and that’s what makes her stories so beautiful and poignant, and enduring. Now if you will excuse me, I’m off to watch P&P for the twenty-fifth time.

Rachel Givney is originally from Sydney, Australia. She’s built her career in the film and television industry as a writer and director. Jane in Love is her first novel. 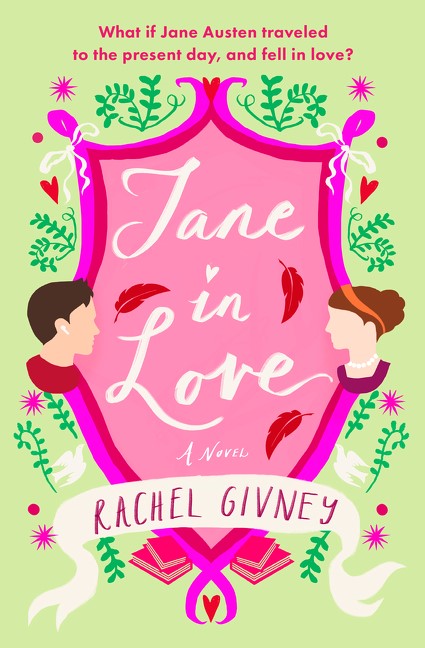 Jane in Love by Rachel Givney, out now!

Bath, England, 1803. At 28, Jane Austen prefers walking and reading to attending balls and assemblies. She mostly dreams of publishing her carefully crafted stories one day. Already “shelved” and in grave danger of becoming a spinster, Jane goes searching for a radical solution—and as a result, seemingly by accident, she time-travels.

Bath, England, present day, on the film set of Northanger Abbey. Sofia Wentworth is a Hollywood actress starring in a new period film, in an attempt to reinvent her flagging career and, secretly, to reinvent her failing marriage. When Sofia meets Jane, she marvels at the young actress who can’t seem to “break character,” even off set. And Jane—acquainting herself with the horseless steel “carriages” and seriously shocking fashion of the twenty-first century—meets Sofia, a woman unlike anyone she’s ever encountered before. Then she meets Fred, Sofia’s brother, who has the audacity to be handsome, clever and kind-hearted all at once.

What happens when Jane, against her better judgement, falls in love with Fred? — and when Sofia learns the truth about her new friend Jane? And most challenging of all, if Jane stays with Fred, will she ever achieve her first dream of becoming a published author?

The Jane Austen fandom is one of the most fervent in Western culture, but Jane personally remains an enigmatic figure. With movies like “Becoming Jane,” and “Miss Austen Regrets,” and books such as The Lost Memoirs of Jane Austen, Just Jane, and many more, fans are ceaselessly enthusiastic to know what the real Jane, the woman behind the enthralling, evergreen novels, might have been. In JANE IN LOVE, Givney asks not just what if Jane had a secret love story, but what if Jane found love in 2020?

Where Romance and Pop Culture Live Happily Ever After.
All Posts
PrevPrevious10 Horror Tales that Scarred me for Life by Laura Marks
NextTrope Rec Tuesday: Short and Fun: Read These Sexy NovelettesNext