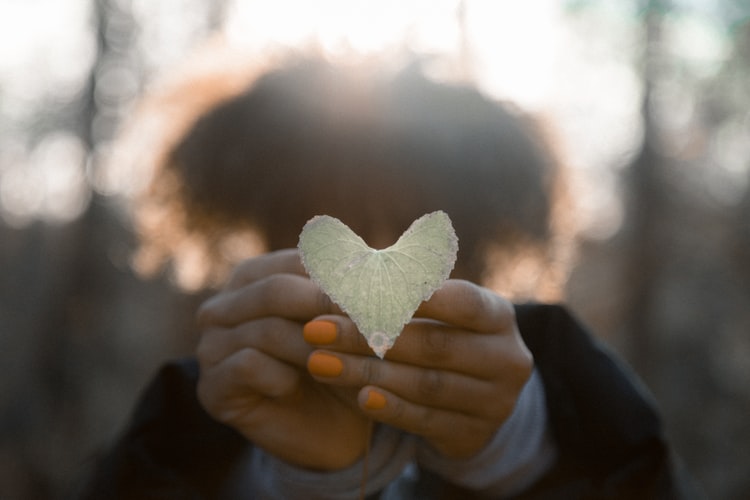 [Note from Frolic: We’re so excited to welcome author Tracy Deonn to the site today. She’s talking all things love triangles. Take it away, Tracy!]

Before I dive in, I just want to make it extremely clear that I believe love triangles can thrive in any genre. This trope is my romantic kryptonite, and when it shows up in unexpected stories that just makes me love it more. That being said, I do think that certain genres create the best environments for love triangles to flourish in all of their dramatic, tension-filled, shipping glory. Contemporary fantasy rises to the top for me, because like our protagonist in the center of the triangle, these stories straddle two worlds. Everywhere you look this half-in, half-out category supports all of the juicy, angsty bits of the love triangle trope. Let’s break the genre down, shall we?

My debut contemporary fantasy novel, Legendborn, doesn’t quite have a full love triangle in motion (yet), but it teases one. My protagonist, Bree, is a normal sixteen year-old girl who discovers magic is real and that magic may have been involved in her mother’s mysterious death. Once she realizes that her school’s secret society, who call themselves the “Legendborn,” may know what happened the night her mother died, she decides to infiltrate them to find the answers.

Bree begins the novel in our modern real world and crosses the boundary into a hidden one where magic is revealed to exist in the air around us—and is wielded by teenage mages and college students. When a revelation like this occurs, our protagonist becomes aware that these two worlds co-exist, and she is forced to consider both simultaneously. Perfect for balancing two potential love interests, right? For a love triangle to thrive, each love interest has to be someone we as readers can imagine the protagonist with romantically, and someone she can see herself with, too.

Another reason love triangles sync perfectly with this genre is that each love interest can represent not just a world, but a state of mind. Often, one love interest represents a life without magic and the other represents a life immersed in it. When our protagonist spends more time in one reality or the other, she inevitably ends up spending more time with Love Interest A or B. Will she choose the more comfortable life that allows her to remain ignorant of all she has learned and maintain familiar creature comforts and friends? Or will she embrace the new, often more challenging magical reality and the unknown?

In contemporary fantasy, magic or supernatural creatures work alongside the normal mundane world. Sometimes their society is hidden, or underground, and the fantasy is considered “closed world.” But other times, the fantastic elements are in the public eye where everyone accepts them as fact, and the world is “open.” In a closed world fantasy like Legendborn, a protagonist who is new to the magical underground must constantly weigh truths and lies in order to maintain her relationships. The story may put the protagonist in the position of lying to her friends or even an old love interest in order to keep the hidden world’s secrets. The discomfort of being dishonest could cause her to pull away from the mundane world, and the freedom to tell the truth to a love interest in the magical world might draw her toward their side.

Contemporary fantasy novels often reveal supernatural or mythical creatures living among us, and sometimes those beings appear human or are part-human. This is when things get very fun, whether those characters are vampires and werewolves in Twilight, divine warriors and warlocks in Shadowhunters, or sirens and gargoyles in A Song Below Water. Love triangles work especially well in these stories, because when love interests are different species (Edward vs. Jacob) or on different sides of a magical war (hunter vs. hunted), conflict arises at every turn! Lines are drawn in the sand, and the closer our protagonist gets to each love interest, the more she will be able to see the conflict from their perspective. Nothing creates more strife than when the love interests are opposed to one another, but our protagonist understands them both, and the plot forces her to choose a side.

In my opinion, love triangles work best when there is conflict in every direction, and each individual has their own personal disagreement with the other sides of the triangle. The juiciest tension, however, comes when the protagonist herself can’t make a decision between the two love interests, or that decision means a great sacrifice. Oh, the angst!

Even though I love the love triangle trope, I ultimately want to be on the main character’s team more than anyone else’s. In Legendborn, Bree discovers that she herself possesses magic, and she realizes she is no longer the girl she was before. This is my favorite development in a love triangle, because then our protagonist’s decision isn’t just about the characters that have caught her eye—it’s about her inner turmoil and character growth, and that’s the journey that stays with us longer than the “team” that wins her heart. 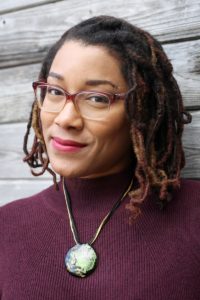 Tracy Deonn is a writer and second-generation fangirl. She grew up in central North Carolina, where she devoured fantasy books and Southern food in equal measure. After earning her bachelor’s and master’s degrees in communication and performance studies from the University of North Carolina at Chapel Hill, Tracy worked in live theater, video game production, and K–12 education. When she’s not writing, Tracy speaks on panels at science fiction and fantasy conventions, reads fanfic, arranges puppy playdates, and keeps an eye out for ginger-flavored everything.

Tracy is a champion for diversity and representation in science-fiction and fantasy literature and media. And when Tracy’s mother told her that the women in their family were Black Bene Gesserits, she believed her. 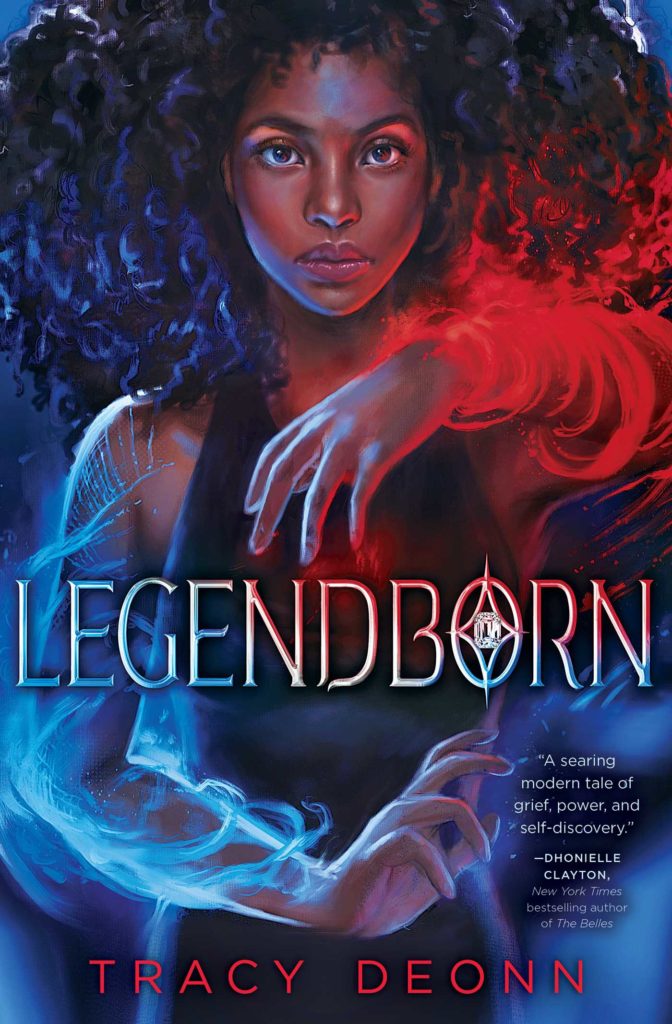 Legendborn by Tracy Deonn, out now!

Filled with mystery and an intriguingly rich magic system, Tracy Deonn’s YA contemporary fantasy Legendborn offers the dark allure of City of Bones with a modern-day twist on a classic legend and a lot of Southern Black Girl Magic.

After her mother dies in an accident, sixteen-year-old Bree Matthews wants nothing to do with her family memories or childhood home. A residential program for bright high schoolers at UNC–Chapel Hill seems like the perfect escape—until Bree witnesses a magical attack her very first night on campus.

A secret society of so called “Legendborn” students that hunt the creatures down.

And a mysterious teenage mage who calls himself a “Merlin” and who attempts—and fails—to wipe Bree’s memory of everything she saw.

The mage’s failure unlocks Bree’s own unique magic and a buried memory with a hidden connection: the night her mother died, another Merlin was at the hospital. Now that Bree knows there’s more to her mother’s death than what’s on the police report, she’ll do whatever it takes to find out the truth, even if that means infiltrating the Legendborn as one of their initiates.

She recruits Nick, a self-exiled Legendborn with his own grudge against the group, and their reluctant partnership pulls them deeper into the society’s secrets—and closer to each other. But when the Legendborn reveal themselves as the descendants of King Arthur’s knights and explain that a magical war is coming, Bree has to decide how far she’ll go for the truth and whether she should use her magic to take the society down—or join the fight.

Where Romance and Pop Culture Live Happily Ever After.
All Posts
PrevPreviousRomances that Love Bookstores
NextWhy We Need More Female Friendships in YA Fantasy by Annie SullivanNext