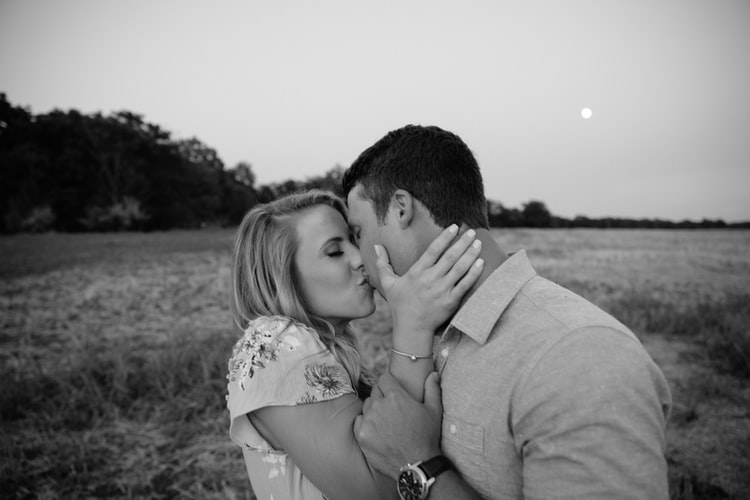 I have to admit: When I first pitched this article to my editor, the reason why I wanted to cover it was due to online “drama.”

Not a serious drama, to be clear, or something unique to any specific event. Basically, there was yet another round of hot takes on Twitter, where people were naming their favorite enemies to lovers book characters. The big problem?

Those romantic characters weren’t enemies to lovers at all.

As I watched the conflict play out ad nauseum, a lightbulb went off for me. The discussion about fiction VS reality and how they affect each other is an article unto its own, and because the subject is vast, I can’t cover it here. I will say that when you’re a fan of romance, you see this “unhealthy” label tossed around a lot, and the critique of it is often tied to the belief that romance readers can’t distinguish fiction from reality. This can come across as gendered, considering the majority demographic of the genre (last tabulated in 2016).

Beyond my personal dislike of the “unhealthy” label, however, I noticed another trend appearing around these conversations: the seemingly genuine mix-up between two different tropes. The two subjects most involved were the enemies to lovers trope and rivals to lovers trope, and the mixup seemed to result in drama itself, which got me thinking:

If there was a stronger, more unified distinction between these tropes, would there be less conflict? Would fandom be easier to navigate? At the very least, the topic should be explored.

Enemies to Lovers or Rivals to Lovers: What’s the Difference?

Just to get this out of the way, I’m a huge fan of both tropes. Whichever one I gravitate towards depends on my daily mood. It’s also important to state that the definitions I’m using here are my own observations, based upon a decade-plus of interacting with fandom and my day job of writing about media for a living. It’s not a unique opinion but it is a personal one, so I want to be clear on that.

With enemies to lovers, the trope is exactly what it says on the tin: a pair of enemies are in direct, often violent opposition to one another. Their opposition has its roots in their ideological associations, and because the enemies are in opposition, their individual goals contrast.

Over the course of the narrative, this dynamic shifts. With increased proximity, empathy, and understanding, the enemies’ animosity turns to love. The happy ending comes from their individual feelings overcoming their differences and different goals.

Canonical examples of this trope are Juliette and Warner from the SHATTER ME series, and Feyre and Rhysand from A COURT OF MIST AND FURY. That said, this dynamic shows up in fandom spaces as well (just check the AO3 tag for a taste).

With rivals to lovers, the trope has a different narrative base. The characters are not in opposition to one another: instead, they are working towards the same goal.

There is still angst and animosity in this trope, the same as there was in the former. The stakes are still high, and the interpersonal conflicts are thick. However, the rivals usually start on the same side of a conflict. Either that or they are forced to be on the same side through circumstance.

While rivals to lovers and enemies to lovers are different, they also share surface similarities, so it’s easy to see why people could be confused by the two, or upset if they went looking for one trope only to find the other. Tropes are an important part of any story, and when people go looking for specific ones there’s often a good reason behind it.

As explained by Arriel Vinson for Diverse Books, “tropes function as a way to connect with other readers and find the novels you love.” They’re a shorthand form of communication, and as the linked article expands upon, it’s inaccurate and harmful to say that tropes are “overdone” when creators and fans from different backgrounds have been denied access to them as a way to express a story.

Here on Frolic, Cameron Lund also brings up a great point. Specifically, that the magic to tropes is their formula:

“It’s comforting to sink into a book or a movie and know that it’s going to end in a happily-ever-after. It’s fun to watch new characters experience known tropes and see how their unique personalities handle the situations in new ways.”

So people are drawn to tropes, both as a way to communicate and to find comfort in familiarity. With this in mind, it makes sense that conflict would arise over a pair of tropes that are confused with one another.

It also makes sense to say that they would benefit from a greater distinction in fandom discourse, too.

So what would this distinction look like, if it was put into wider practice within fandom spaces? What would happen if fandom made a concerted effort to work “enemies to lovers VS rivals to lovers” into their vocabulary, in order to find the content they want?

As mentioned earlier, I personally enjoy both tropes. I also go searching for these tropes at different times, depending on my mood. I have to admit, when I search for one trope only to find the other, I also get annoyed by the mix-up. It feels like improper packaging when I want to know what’s in the tin.

Being able to find what you need as a reader is an obvious benefit to clearer labeling systems, and a well-documented one. It’s important to note, however, that I do not think that differentiating between these tropes will stop all online drama, especially within fandom spheres. Some people are going to fight over one story or another, regardless of the dynamics at play, because that’s what they came there for.

If there was that clear distinction, however, and readers could find what they wanted more easily, would it lead to fewer conflicts? Would people be less likely to leave negative reviews, or complain to creators, or about other fans labeling something incorrectly?

I can’t help but think yes, they would. With these conversations that often pop up, some people aren’t there to fight. They genuinely just want to find and speak about the content that speaks to them, and if there wasn’t this confusion, they wouldn’t engage.

At the end of the day, tropes are just tropes: a guideline for what to expect when you’re interacting with a piece of media. Within each trope, there will be variations on a theme, too.

There’s a reason why we as readers love tropes so much, however, and why we keep on coming back to them. If you’re looking to read more on the subject, check out our article on why I love romance for embracing tropes.

Shianne is a tech and entertainment writer with an ongoing passion for romance novels. When she's not working, or searching her Kindle for the next best heart-stopping series, she can be found on Twitter at @Ohtze_O, tweeting about fandom and enemies-to-lovers dynamics. Her favorite subgenres are fantasy, sci-fi, and paranormal.
All Posts
PrevPreviousWeekend Podcast Guide: No Lies Detected
Next3 Amazing Cinderella Romance Novels That You Should ReadNext