Why I Wrote an Adventurous Heroine by Ann H. Gabhart 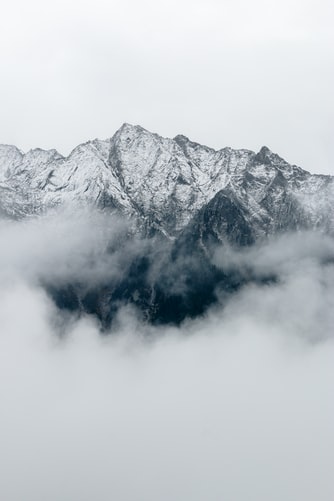 Some words just make you smile when you see them or say them. Serendipity. Giggle. Frolic. Those are playful words and when you look up frolic you see that its origin traces back to a Dutch word, vroolijk which means merry.

When I was asked to write a piece for Frolic, the name of the site took me down memory lane to a story my dad liked to tell about when he was a boy and his granddaddy invited him over to his house for a frolic. His little boy mind was thinking homemade ice cream or fresh baked sugar cookies. Maybe horseshoe pitching or checkers. But when he got to his grandfather’s house, he found out his grandfather was planning a bean planting frolic. Not anything like what my dad had imagined on his walk over to his grandfather’s place. Since then, my family often talks about having this or that work frolic.

When I was researching for my book, An Appalachian Summer, I had to wonder if that might be how some of the couriers, young women who volunteered to help the nurse midwives in the Frontier Nursing Service, might have felt when they got to the mountains. They might have been thinking what have I gotten myself into?

The Frontier Nursing Service has an amazing history in the Eastern Kentucky Appalachian Mountains. Mary Breckinridge established the nurse midwifery service to help poverty stricken mothers and children in that area have access to good healthcare. The service was and is still amazingly successful. In These Healing Hills, my main character was one of the nurse midwives who rode horses up into the hills to help mothers have their babies in their cabins.

But in my research I also learned about Frontier Nursing couriers. These were generally young women from socially prominent families who volunteered weeks or months of their time to come to Eastern Kentucky and run errands, take care of the horses, muck out stalls, act as escorts for patients and for those important donors who helped keep the service going, and many other tasks. The couriers even at times attended deliveries on home visits with the nurse midwives.

The thought of perhaps pampered young women doing dirty jobs and being at the beck and call of the Frontier nurses and staff while roughing it in a place without electricity and only limited running water and doing it all with such joy caught my interest. I came across no stories of couriers who were disappointed when they got to the mountains and found out their frolic was a working one. In fact, many of the couriers were so thrilled with their time in the mountains that they signed their baby daughters up on a Frontier courier waiting list to one day have the opportunity to be a volunteer courier and have the same life changing experiences they had. Their time helping the Frontier nurse midwives and getting to know the Eastern Kentucky people often expanded their horizons and made them eager to do more adventurous things in life.

So, I headed back to the mountains for another Frontier Nursing story, only this time featuring a debutante who wants to do something different. She wants to do more than follow the expected path for privileged young woman in the early 1930’s. At the time, deep in the Great Depression, many families lost everything. That included Jamie Russell’s family. Piper has loved Jamie since she was a young girl and has always assumed they would one day marry. But after his family falls on hard times, Piper’s father no longer considers Jamie a suitable match for her. He picks someone else for her to marry, but Piper escapes those expectations for at least a summer when she heads to the Appalachian Mountains to volunteer as a courier. In the 1930’s times were changing for women. They had finally won the vote and were beginning to be recognized as able American citizens with individual talents and worth who didn’t always have to depend on a husband, father or brother to take care of them.

I like writing about strong female characters and Piper’s time in the mountains helped her recognize her own strengths and abilities to do whatever was needed at the time. I do also like those happily ever after endings. That doesn’t mean that when I get to the end of a book I don’t see life ahead for the people who have become so real to me while I’m following them along their story trails. Life isn’t always happily ever after, but I like to think my characters will overcome the bumps in their paths on through life as they depend on the Lord to find the happiness of lives well lived.

Many of those actual volunteer couriers with the Frontier Nursing Service did go on to have good lives. I like to imagine Piper did too after her Appalachian summer where adventure and romance were in the mountain air.

Ann H. Gabhart is the bestselling and award-winning author of several Shaker novels—The Outsider, The Believer, The Seeker, The Blessed, The Gifted, and The Innocent—as well as historical novels—River to Redemption, These Healing Hills, Angel Sister, Love Comes Home,  and more. Writing as A. H. Gabhart, she is also the author of the popular Hidden Springs Mysteries series. She has been a finalist for the ECPA Book of the Year and the Carol Awards, has won Selah Awards for River to Redemption and Love Comes Home, and won RWA’s Faith, Hope, and Love Award for These Healing Hills. Ann and her husband enjoy country life on a farm a mile from where she was born in rural Kentucky. Learn more at www.annhgabhart.com. 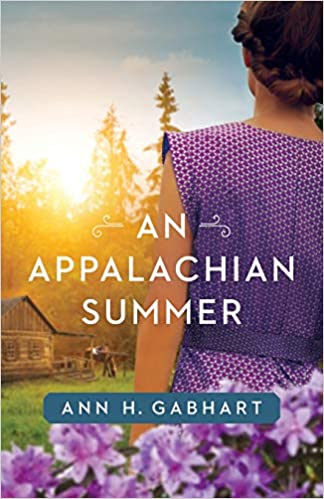 An Appalachian Summer by Ann Gabhart, out now!

After the market crash of 1929 sent the country’s economy into a downward spiral that led to the Great Depression, the last thing Piper Danson wants is to flaunt her family’s fortune while so many suffer. Although she reluctantly agrees to a debut party at her parents’ insistence, she still craves a meaningful life over the emptiness of an advantageous marriage.

When an opportunity to volunteer with the Frontier Nursing Service arises, Piper jumps at the chance. But her spontaneous jaunt turns into something unexpected when she falls in love with more than just the breathtaking Appalachian Mountains.

Romance and adventure are in the Kentucky mountain air as Gabhart weaves a story of a woman yearning for love but caught between two worlds—each promising something different.

Where Romance and Pop Culture Live Happily Ever After.
All Posts
PrevPreviousAlexandra Ivy’s Desert Island Books
Next9 Must-Read Romance and Ice Cream Pairings to Lick Up this SummerNext