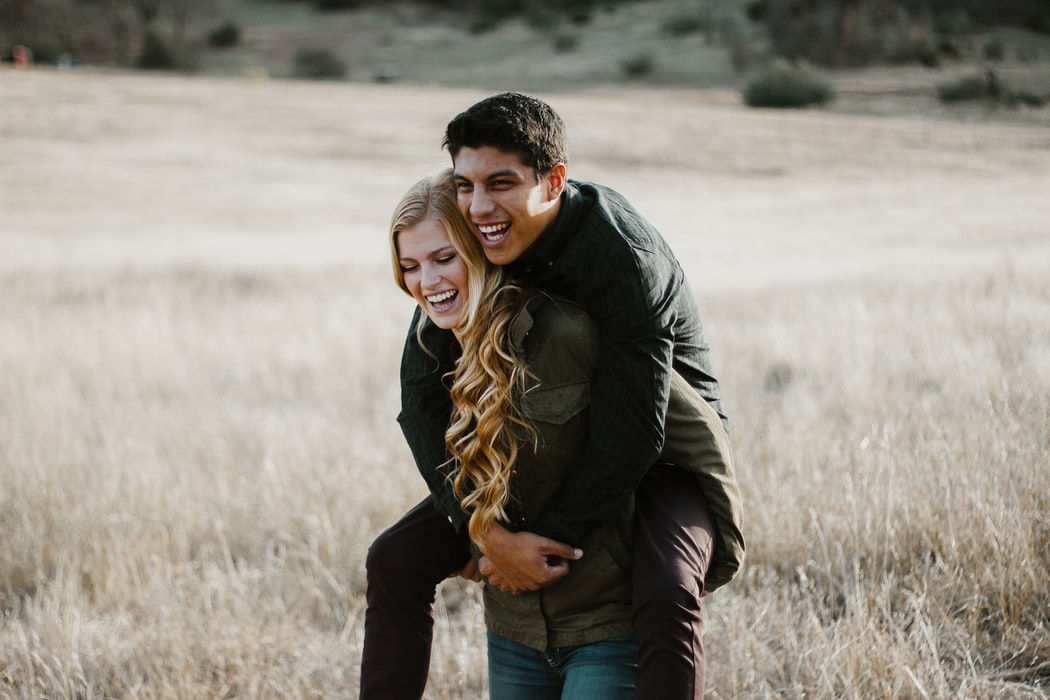 [Note from Frolic: We’re so excited to have author Lynn Painter guest posting on the site today. She’s sharing her love of rom coms. Take it away, Lynn!]

Whether it’s on the big screen or between the pages, if you give me that magical combo of snappy banter, hilarious miscommunication, awkward physical comedy and swoony kisses, I will waste multiple hours on that smile-infused happy ending every freaking time.

As I child, I watched the classics with my mother; Pillow Talk, Bringing Up Baby, My Favorite Wife, Seems Like Old Times, That Touch of Mink – I could go on and on (and on) listing my old-school romantic comedy favorites.

At some point, I moved on to the more contemporary, inhaling While You Were Sleeping, Hitch, Pretty Woman, You’ve Got Mail, Bridget Jones’ Diary, Crazy Rich Asians; again, my list feels endless as my brain shouts-out more favorites like a t-shirted audience member yelling bids on The Price Is Right.

But my love for the rom-com runs deepest when it’s YA.

Brain: (yelling again) Anna and the French Kiss! Sixteen Candles! Pretty in Pink! Always Never Yours! The Life and Medieval Times of Kit Sweetly! To All The Boys! The Kissing Booth! Happily Ever Afters!

Because as comically heartwarming as it is to see full-on adults stumbling through the world of romance, there is a painful magic that accompanies the stories of those under the legal drinking age.

For starters, YA characters are lacking the life control that adult rom-com protagonists inherently possess. Before ever attempting to navigate their romantically-choppy waters, the YA character is at the mercy of their parents. And really – is there anything more relatable than trying to deal with unreasonable mothers and fathers while one’s heart is either exploding with joy or breaking into a thousand devastating little pieces?

The entire premise of 10 Things I Hate About You rests upon Bianca’s father’s overbearing rules regarding dating, which ultimately provides the impetus that sends Kat into the arms of the super-swoony Patrick Verona.

Speaking of 10 Things and its super-swoon, the emotional stakes in YA are just so…lush. Unforgettable. Because all relationships – dating, unrequited crushes, even friendships – are richly complicated in high school. The emotions are unsure, raw, pure, potent, and cranked all the way up to a mind-blowingly intense 10.

But the real beauty of the YA rom-com lies in the therapeutic, comforting balm of its “com.” Anyone who has lived through high school knows that cringey, awkwardly-embarrassing moments are not merely plot devices, but every day, uber-common occurrences.

But in the YA rom-com, we get to lose ourselves (cue the Eminem) in the utter bliss of watching the characters endure those same hardships. We get to kick back with a box of Milk Duds while viewing a representation of everything we experienced in high school – cliques, gossip, ridiculous teachers, out-of-touch parents, shattering hearts – but it’s over-the-top enough that we’re able to laugh. We can crack-up as a character has a mortifying poppy-seeds-in-teeth conversation with the boy of their dreams, because while we totally relate, it isn’t our pain.

It’s fictional and fleeting and NOT OURS, yet we know it’s building toward the happy ending. Every awful thing that happens to the main character will right itself by the end – that is the rom-com guarantee – which makes for a perfect escape from reality.

I mean, let’s be honest. In real life, Olive in Easy A would be destroyed – socially and emotionally – as the rumors swirled about her purported promiscuity. But when you watch the movie, it is idealist escapism at its finest.

You not only witness Olive’s superhuman ability to sardonically roll with it as the rumors abound, but you actually see her thriving. She boldly owns the rumors, acting like a total badass heroine instead of cowering in shame like many of us would in the real world.

I mean, she lands Hottie McMascot at the end, for God’s sake. #IStanOliveSoHard

Now, don’t get me wrong – I love ALL rom-coms. I’ve probably seen Two Weeks Notice more times than is healthy, I consume Helen Hoang and Jasmine Guillory novels at breakneck speed, and I can quote every word – and noise – of the legendary When Harry Met Sally.

But the YA rom-com – that sneaky little feel dealer – will always call to me like a siren’s song.

Lynn Painter lives with her husband and pack of wild children in Nebraska, where she is a weekly contributor to the Omaha World-Herald and an avid fan of napping. When working on a new book, she can often be found sound asleep on her office floor. Some might say she should grow up and stop randomly dozing off like she’s a toddler, but Lynn considers it part of her writing “process.” 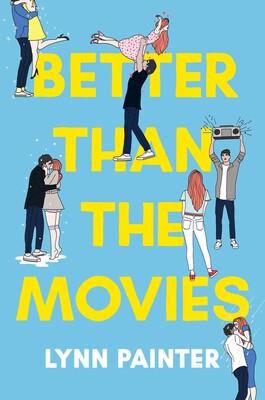 Better Than the Movies by Lynn Painter, out May 4!

In this rom-com about rom-coms, in the spirit of Kasie West and Jenn Bennett, a hopeless romantic teen attempts to secure a happily-ever-after moment with her forever crush, but finds herself reluctantly drawn to the boy next door.

Perpetual daydreamer Liz Buxbaum gave her heart to Michael a long time ago. But her cool, aloof forever crush never really saw her before he moved away. Now that he’s back in town, Liz will do whatever it takes to get on his radar—and maybe snag him as a prom date—even befriend Wes Bennet.

The annoyingly attractive next-door neighbor might seem like a prime candidate for romantic comedy fantasies, but Wes has only been a pain in Liz’s butt since they were kids. Pranks involving frogs and decapitated lawn gnomes do not a potential boyfriend make. Yet, somehow, Wes and Michael are hitting it off, which means Wes is Liz’s in.

But as Liz and Wes scheme to get Liz noticed by Michael so she can have her magical prom moment, she’s shocked to discover that she likes being around Wes. And as they continue to grow closer, she must reexamine everything she thought she knew about love—and rethink her own ideas of what Happily Ever After should look like.

Where Romance and Pop Culture Live Happily Ever After.
All Posts
PrevPreviousRomance Reader “Let Loose” Challenge by Melissa Foster
NextJust one Night by Morgan MatsonNext