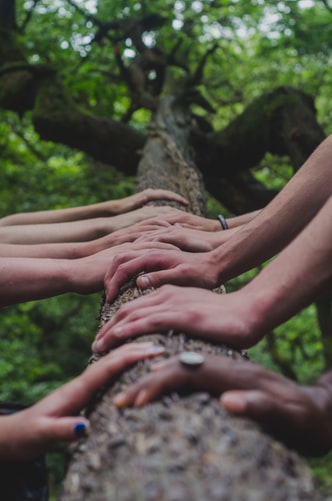 [Note from Frolic: We’re so excited to have author Annie Sullivan guest posting on the site today. She’s talking all things bookish female friendships. Take it away, Annie!]

Young adult fantasy books are often coming of age stories where the protagonists fight to find out who they are—and often have save themselves, others, or their kingdoms in the process. These stories are often full of first loves and first losses. However, one thing they do not always cover is friendships—especially between female characters.

In real life, so many women depend on their female friends to be a listening ear, a guiding mentor, and someone to spend their time with. And yet, so many of these friendships are lacking in young adult books. In fact, it’s far more common to find female protagonists who are pitted against each other—whether they’re fighting for the throne or the attention of a love interest—or both!

These female relationships are so often depicted as contentious rather than beneficial, and it’s time for that to change because it only feeds into the outdated and stereotypical notions that women are caddy individuals striving for nothing more than the attention of a man—even going so far as to step on others to get it—rather than being kind, intellectual, and capable individuals.

In fact, many interactions between female YA characters are so skewed that they don’t even pass the Bechdel test. While often applied to motion pictures, this test was developed in 1985 to measure how women are depicted and interact in fiction and is based around three simple criteria. First, the work must have at least 2 women in it. Secondly, those two female characters have to talk to each other. And finally—and perhaps most importantly—those two characters must talk about something other than a man.

At first glance, it might seem easy to meet those criteria, but when you have women competing for a man, you’d be surprised how often all they talk about is him—and that’s only when they’re actually talking to each other and not trying to take off the other’s head in the arena.

So how can today’s writers craft more in-depth female friendships that showcase the true breadth and meaning that many women experience in their own friendships? It starts with crafting female characters with rich, diverse backgrounds who have more interests than just finding and marrying a man. It means throwing protagonists into situations where they’re not constantly competing with the only other women in the story, but rather can turn to those women for support.

And this is exactly what I did in my debut novel A Touch of Gold. In it, Princess Kora, the cursed daughter of King Midas sets out to retrieve her father’s gold when it gets stolen. And while Kora has a crew of sailors at her back, she also has her cousin, Hettie, who stowed away aboard the ship.

Through the act of stowing away, we see that Hettie won’t stand for the rules the patriarchy places on her. She’s willing to make her own way in the world—and she’s there for her cousin Kora when she needs her—whether that’s when they’re the only ones immune to a siren’s deadly call or when Kora needs help dealing with past trauma. Hettie is her sounding board, helping Kora work through her thoughts, emotions, and challenging situations until she finally finds strength within herself. Because that’s what great girlfriends do; they help pick you up when you need it most.

Hettie is an example of how female characters can still be strong and fight with swords, but she also showcases that they can also do it while building and maintaining realistic relationships with the other women in the story, thereby giving the entire story a more lifelike feel and opening the doors for stories to dig deeper into the emotional relationships that exist between female characters.

Once we open that door and demonstrate that emotional relationships have worth and value, we’re opening the door to a generation of readers who won’t feel weak for talking about their feelings. We’ll start to chip away at the stigma of caddy, gossipy women and replace it with examples of emotionally capable, confident, and caring individuals who support each other. And we can do that one book at a time. One healthy female friendship at a time.

Annie Sullivan is a Young Adult author from Indianapolis, Indiana. Her work has been featured in Curly Red Stories and Punchnels.

She received her Master’s degree in Creative Writing from Butler University. She loves fairytales, everything Jane Austen, and traveling. Her wanderlust has taken her to every continent, where she’s walked on the Great Wall of China, found four-leaf clovers in Ireland, waddled with penguins in Antarctica, and cage dived with great white sharks in South Africa. 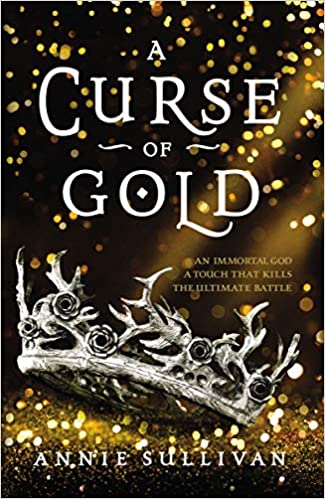 A Curse of Gold by Annie Sullivan, out September 22!

Curses and queens. Pirates and kings. Gods and magic. The final saga of a princess cursed by Midas’s touch, a vengeful Greek god, and a dazzling kingdom in the balance.

After barely surviving thieving, bloodthirsty pirates and a harrowing quest at sea to retrieve her stolen treasure, Kora finds readjusting to palace life just as deadly. Her people openly turn against her, threatening to overthrow her as heir to the throne due to fear of her magical powers. When Dionysus puts out a challenge to kill the girl with the golden touch and burn down her kingdom, it’s not just her future on the throne in danger. Kora’s life and entire kingdom are now on contract.

With no other choice, Kora sets out to find Dionysus, journeying to the mysterious disappearing island of Jipper. If she wants to save her kingdom and have any chance at reversing her father’s curse, she will have to enter into a deadly game with Dionysus, the greatest trickster the world, or the underworld, has ever seen.