Why We Need More Romance Heroines Over 35 by Tabitha Webb 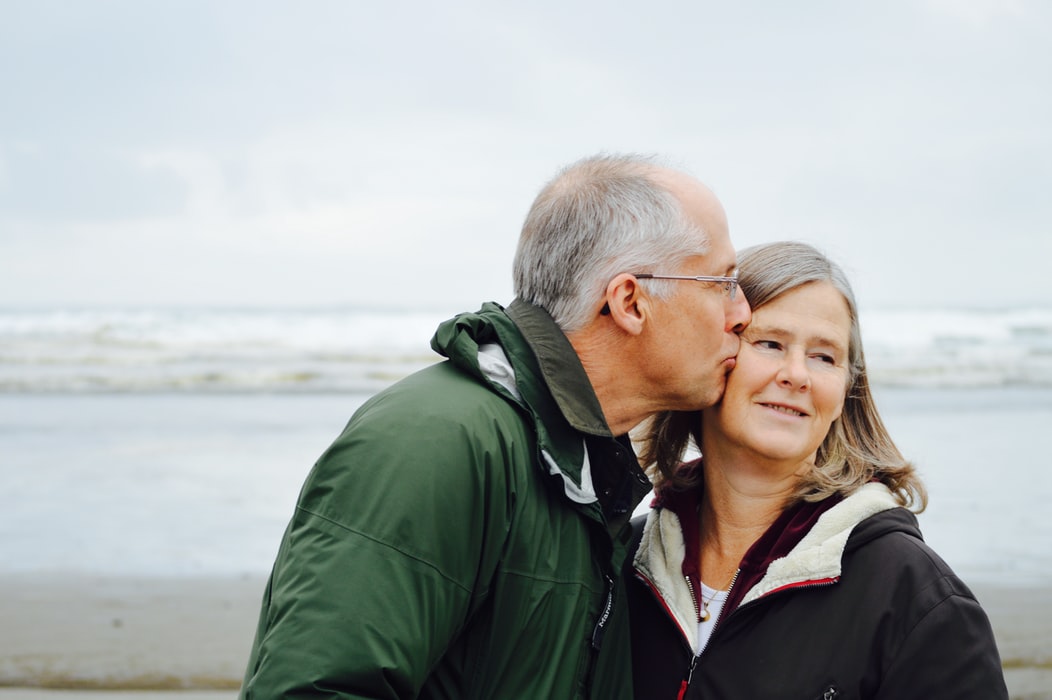 [Note from Frolic: We’re so excited to have author Tabitha Webb guest posting on the site today. She’s making a great case for older heroines in romance. Take it away, Laura!]

My husband is seven years older than me, which is the average age gap between male and female leads in romantic comedies in 2014. In theory this means we are the perfect match to star in our own rom com. Or at least he is. In the eyes of Hollywood, at 51 years of age, he is in his prime, still desirable and powerful, and just as sexy now as when he was younger. After all, this is a tried and tested formula – the older guy attracting the younger woman. But God forbid I should be allowed to play his love interest at the age of 45. I would not be deemed attractive enough, or more importantly, young enough. The average age of the female lead in the top 15 highest grossing romantic movies is 29, while for men it is 37, although this can easily increase a decade without anyone even flinching.

But surely this is insane? Aging is a fact of life, and as pervasive as ageism remains in the industry, it is now up to film makers and writers everywhere to normalise love affairs and romance through the generations. There are so many men in their fifties and sixties in romcoms, but rarely women in this age bracket – both Redford and Moore were on average 20 years older than their co-stars. What message is this sending out? That romance dies after you hit 30 if you are a woman because you are no longer young and attractive enough to find yourself a partner? That is why we need more films like Something’s Gotta Give which illustrates so beautifully love in the later years of your life. Starring Jack Nicholson and Diane Keaton, to me the story is even more romantic because they are older.  And ultimately we need to remember the types of pairings we see on the screen will effect what we consider to be an ideal relationship. We all love to dream and romanticise – when you are brought up in a world where Barbie finds Ken, and fairy tales make you believe your knight in shining armour will always come to your rescue, then Pretty Woman is the romcom we all aspire to be a part of, albeit perhaps with a less controversial and sexist storyline. But let’s be honest, not all old guys look like Richard Gere – and they certainly don’t turn up to collect you in a limo and then fly you to the opera. (For Christmas one year my husband gave me tickets to the opera – we flew economy and stayed in a 3 star hotel. I blame Pretty Woman for the abject disappointment I felt all weekend. )

In the real world, the average age gap between men and women in relationships is about 2.5 years. Why can’t this be the same in the movies? Surely in this modern era where women are focussing more on careers, and leaving it later to meet the love of their lives, it is it more relatable for the audience for relationships to be more realistic and in-step with how we live now. Combine this with increasing divorce rates and people embarking on second marriages in their forties, and Hollywood’s media frenzy with aging women begins to look embarrassingly outdated. Already romcoms are guilty of serving us up a series of romantic disappointments because nothing in reality can ever compare to the fantastical happy endings we are so used to seeing in films like Sweet Home Alabama, so at least give us a chance to believe that love can happen at any age. Which we know it can.

We also need to encourage more women to write about women – just look at Bridesmaids as a perfect example. It was so much more inclusive than the average Hollywood movie, and consequently much more amusing. It was just brilliantly clever, because women understand women – they know what makes us laugh and what makes us cry, and there is no apology for that because the writer understands a fundamental aspect of you. I think that women are more likely to understand a man’s mindset than a man a woman’s, so where male writers will often use a woman as a plot device, women are more likely to be incisive about men. Controversial? Probably! But Bridesmaids was what inspired me to write about women my age in my first novel No Regrets. I realised how important it was that women of every age and life stage get the chance to see themselves reflected in fiction. As I get older, I want the opportunity to see women like me fall in love, feel the first flush of romance, relish wild flirtation, and to realise they are still sexy as hell. Let’s not forget that older women are wise, complex and don’t fall for the same old bullshit they fell for in their twenties. Just like every woman I know, the women in my novel have life experience, great friends, and seriously good stories. They know who they are, and they are not afraid to go after what they want – be that a job, a new handbag, or a love interest. Surely that makes them perfect for the leading role?

After all, I don’t want to think it is all over – I want to believe that the opportunity for love is always there. Maybe we need a few more films like Thelma and Louise where Brad Pitt was eight years younger than Geena Davis. That will really give us all something to smile about.

Tabitha Webb was born in Ireland and grew up in Chicago, before being sent back to boarding school for her teenage years. She survived one term at university before packing her bags and chasing a hot surfer to America. During this period she was a rollerblading extra in the Robin Williams film The Birdcage, a dancer in a German pop video, and got held up at gunpoint.

After careers in TV and advertising, she made her first foray into fashion and now runs her eponymous fashion label, is happily married to a patient South African man and has two daughters.

Tabitha is loyal, outspoken, and completely fascinated by other people’s lives. Her debut novel No Regrets was inspired by the love lives of women around the globe, coupled with a vivid imagination, and she can’t wait to shock and delight readers everywhere. 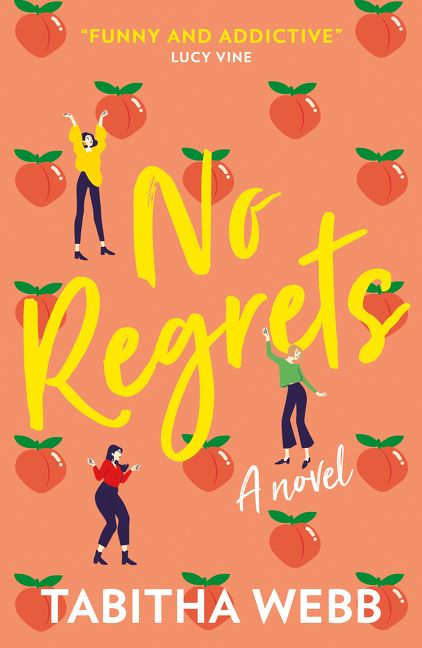 No Regrets by Tabitha Webb, out now!

Best friends Stella, Ana and Dixie have always lived life to the full. But now they’re approaching their forties, reality is starting to kill the mood…

Stella loves her children, but misses her glittering career. Plus she can’t even remember the last time she had sex.

Ana is trying for a baby with her partner Rex. So why can’t she stop thinking about the one that got away?

Dixie is the wildest of them all. A Tinder addict who’ll never settle down. But has she accidentally found Mr Right…?

It’s time for the friends to shake things up and start having some fun. Because you only regret the things you don’t do, right?

What readers are saying about No Regrets

‘A cracking read which I thoroughly recommend’

‘Loved this deliciously witty and brilliantly written novel… Bring on the sequel!

‘I devoured it in one sitting whilst sat in the sunshine’

Where Romance and Pop Culture Live Happily Ever After.
All Posts
PrevPreviousRapid Fire: A Chat with Author Jennifer Dupee
NextPerfect Pairings: Books and Paint Swatches by Marie BostwickNext