Women and Hysteria: Why I Chose to Set My Historical Romance in an Insane Asylum by Julia Bennet 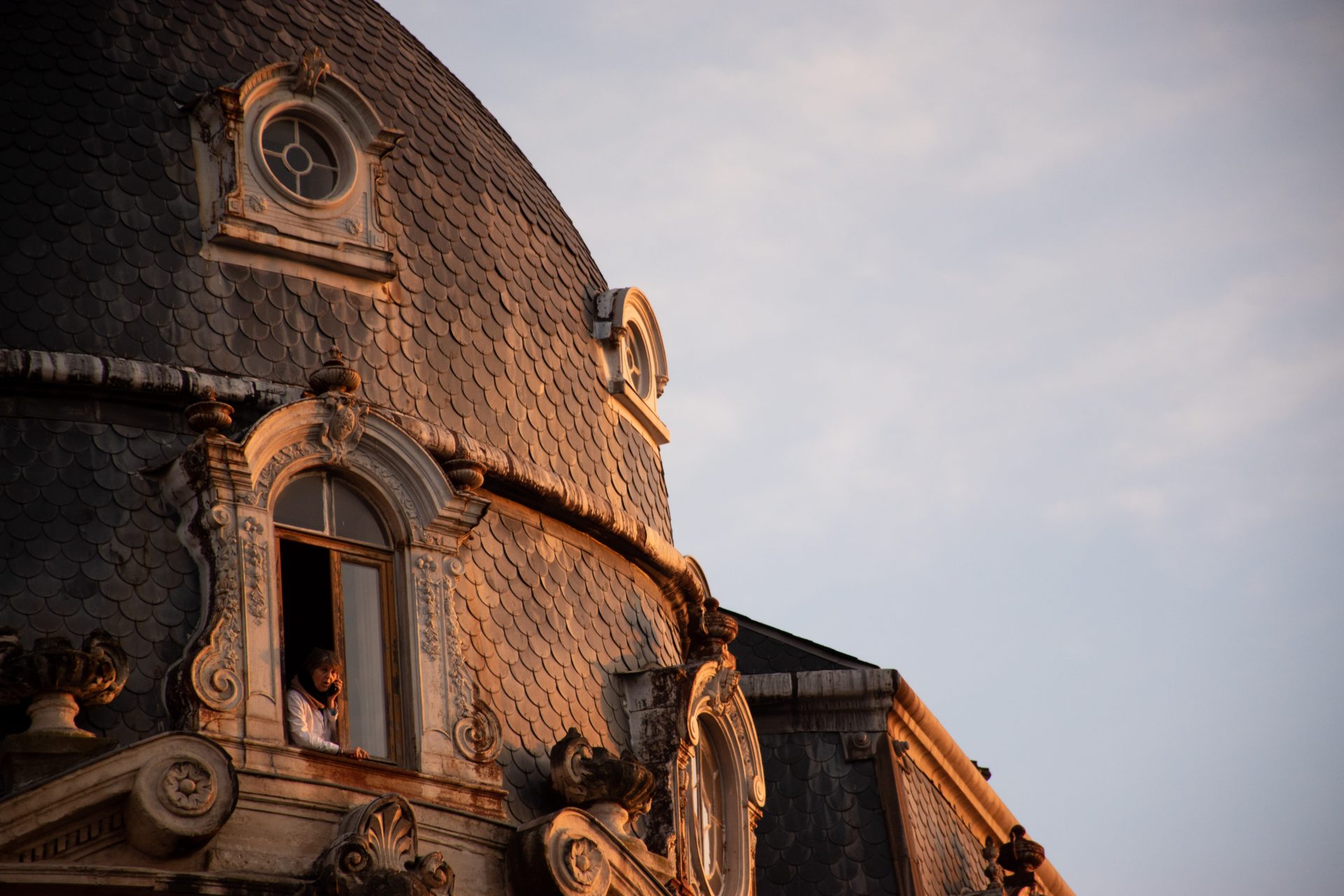 [Note from Frolic: We are so excited to have author Julia Bennet guest post on the site today. Take it away Julia!]

A 19th century lunatic asylum is an unusual setting for a romance novel. After all, romance is the fun, sunny, happy-ending-having genre; it’s not renowned for its darkness. Or so I’m told. (I do wonder if the people who say this are reading any of the same authors I read.) Nevertheless, Gothic asylums, atrocious lunacy laws, and the long-term incarceration of a sane woman are hardly the stuff romances are typically made of. Thankfully, The Madness of Miss Grey also has a cinnamon roll hero, an adorable dog, and a guaranteed happily ever after for hero, heroine, and dog. A happy ending that I wrote as an act of rebellion. Allow me to explain…

It all began with my English lit degree. I was coming off a Madame Bovary/Portrait of a Lady/Thomas Hardy bender and I was burnt out. I turned to romance, a genre I hadn’t read since I binged on my mum’s Mills and Boon stash back in the ‘90s. And, let me tell you, those early 2000s romance novels were a balm to my weary soul. Books in which women always win and in which they never, ever die of a mysterious wasting disease somehow sparked by a brief and miserable bout of premarital sex. Far from it, the sex in modern romance is joyous and no one is punished afterwards. There is so much power in that, and I was addicted. I quickly realised I wanted to write one.

Madwomen in the Attic

Have you ever thought about how many so-called madwomen abound in Victorian literature? Off the top of my head, examples can be found in Jane Eyre, The Woman in White, Lady Audley’s Secret, and many, many more. In the 20th century, when Jean Rhys talked about writing Wide Sargasso Sea, her novel about Jane Eyre’s mad antagonist Bertha Mason, she said: “She seemed such a poor ghost, I thought I’d write her a life.” And she was right. So often the madwoman is a threatening figure, there to ruin things for our protagonists. Or they’re little better than a plot trigger, wafting around in a filmy white robe to add mystery and suspense. Rhys certainly succeeded in her intent to give Bertha Mason a life, but guess what Bertha didn’t get…

A happy ending of course.

What kills me about all the madwomen in literature is that we so rarely find out what’s actually wrong with them. All we get are words like ‘nervous’ and euphemisms like ‘violent emotion’. What do these things even mean? I care about this question because—and this is where it gets personal—the fact is, if I’d lived in the Victorian era, I’d have been a prime candidate for incarceration. I suffer from clinical depression (which I control with medication), I have anxiety, and I’m extremely argumentative (which wouldn’t have gone down well with your average Victorian alienist/mad doctor.) None of this makes me mad, but that wouldn’t have mattered because, back then, once a doctor applied that word to you—and they applied it liberally—your opinion no longer mattered. After all, who would listen to a lunatic? Mad was a three-letter word loaded with power. Regardless of gender, it was a word that could get you locked up for life while your family stole your fortune.

But that was then, right? Things are different now.

Of course they are, but before you get too comfortable, consider the way in which words like ‘hysteria’ and ‘crazy’ are used. Hysteria, in particular, is a term applied almost exclusively to women. Here and now, it’s still used to silence us. Remember when Kamala Harris questioned Jeff Sessions about his links with Russia, and Jason Miller called her “hysterical”? How about when certain sectors of the media dubbed participants of the Women’s March “rabid” and “crazies”? This is terminology used not only to silence women but to keep them out of power.

In The Madness of Miss Grey, the people who wield these kinds of words as weapons are the bad guys, though most of them don’t realize it. As in life, villains tend to think of themselves as the hero of their own story. Once certain labels are applied to Helen, the eponymous Miss Grey, she loses what few rights she originally possessed to choose her own fate.

Luckily for her, this is a romance novel, and I matched her with William Carter, who is not only an excellent doctor but also an inherently good person. He understands the power words hold and, what’s more, he’s mindful of the ethical problem his attraction to her presents. But as much as I love him, it was important to me that Helen have the resilience and strength to save herself. After all the tragic endings I’d read for literary mental health patients, I didn’t only want her to survive the darkness of the asylum. I wanted her to triumph over it, and I wanted her to have a big, fat happily ever after with hot sex and an amazing man.

Why does it matter?

Thankfully, when I look around at #MeToo and #TimesUp, I think we might finally be done with “nice.” We’re done with allowing ourselves to be silenced by the way others wield their words.

And that can only be a good thing. 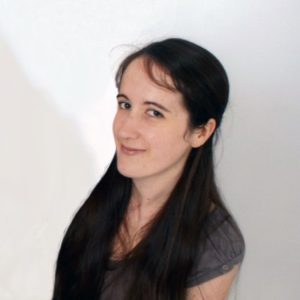 Julia Bennet spent years looking for something to do with her English degree. Insurance underwriting, proofreading academic papers, and waitressing all proved unsatisfying. She spent an alarming amount of time daydreaming at her desk until she decided she might as well put the stories in her head down on paper.  When Julia isn’t writing, she enjoys spending time with her two children and her amazing husband/I.T. support. For more information, you can find her on the web (https://juliabennet.com), sign up for her newsletter (https://juliabennet.com/newsletter), or follow her on Facebook (https://www.facebook.com/juliabennetauthor). 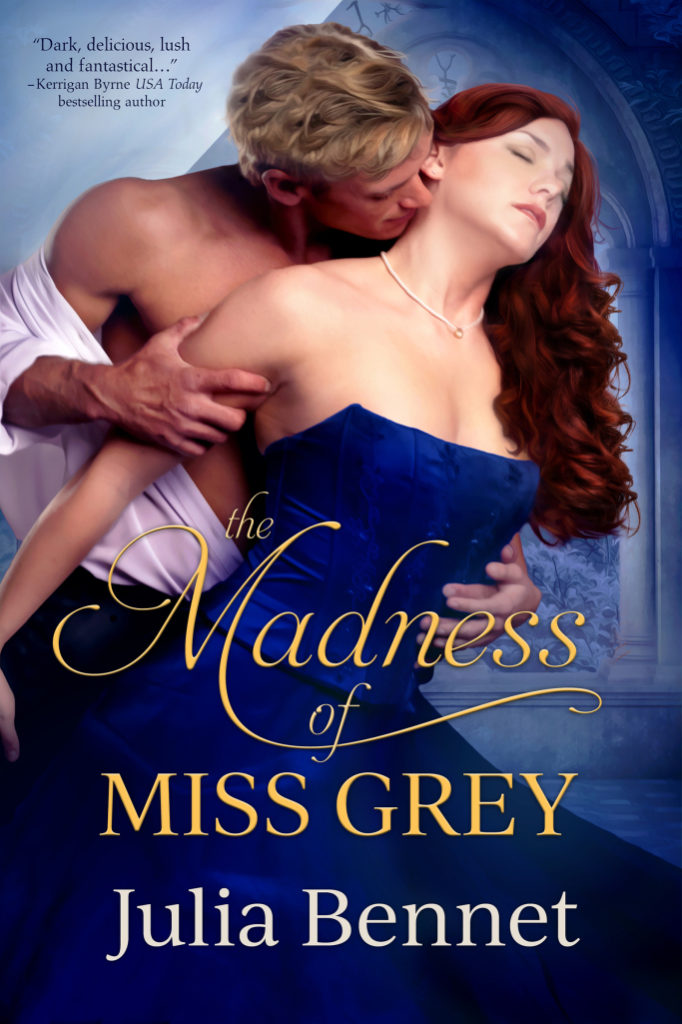 The Madness of Miss Gray by Julia Bennet

All of society believes former actress Helen Grey to be mad, but after a decade imprisoned in a crumbling Yorkshire asylum, she’s managed to cling to sanity. When a new doctor arrives, she finally sees an opportunity for freedom and she’ll do anything to not let it slip between her fingers.

Dr. William Carter knows Miss Grey is using him, but he can’t blame her. She’s no madder than he is yet she’s spent years in this place. He’ll help her escape, but they can’t cross the line and give into temptation—no matter how much he would like.

Helen and Will need to work together if she’s ever going to be free. It won’t be easy, not when her mysterious benefactor is determined to keep her locked up and hidden from society forever.

When Helen is entangled in her own trap and begins to fall for Will too, she must fight not only for her liberty but for her right to love.

Where Romance and Pop Culture Live Happily Ever After.
All Posts
PrevPreviousDaily Frolic: We’re FINALLY Getting a Doc About Toni Morrison
NextContemporarily Ever After: Top Picks for the Week of April 21stNext