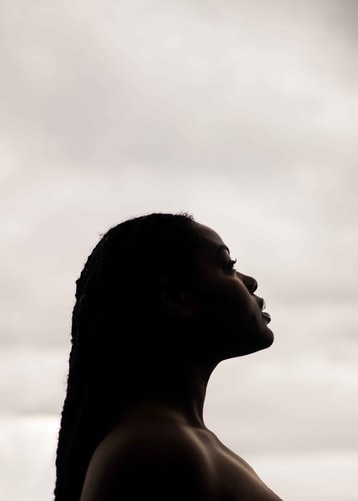 [Note from Frolic: We are SO excited to welcome author Nekesa Afia to the site today. She’s talking all things female characters. Take it away, Nekesa!]

I grew up in Alberta in the late 1990s and early 2000s. Finding books with explicitly Black characters was impossible. When my parents bought home Baby-Sitter’s Club book number fifty-five, Jessi’s Gold Medal, it was my first time seeing someone like me, a Black girl, on the cover of a book. I became a Baby-Sitter’s Club fiend. I think I had three hundred different books at the pinnacle of my obsession.

I read a lot. I read the first two books in a very popular prohibition era-set series. I discovered that although that series is very popular, the main character is practically perfect in every way. Mary Poppins syndrome. It’s not interesting to read characters who have no flaws. I’m not worried. There’s no tension. I know that this main character will solve everything without a hair out of place. She’s kind; she’s nice to the poor because she was poor; she’s good at sex, and can shoot a gun, and can dance, drive, and can fly a plane. Men want her. Women love her because she is so nice.

And as I read, and watched, and thought about my story, I knew that I wanted Louise Lloyd to be the opposite.

As I began to draft what would eventually become Dead Dead Girls, I kept all of this in mind. Did I want a character who was flawless in every way? Did I want someone relatable and like myself? The answer was the latter and Louise Lloyd was who I built.

A lot of people, especially my mother, will tell you that Louise is exactly like me in every way possible. I’d like to put that rumor to bed right now. Louise is cooler than I will ever be. She is the pure definition of cool, and I am someone who makes up people in my head while I lie in bed. I always say that Lou is a character I wanted to see myself as. But it’s more than that.

I tried to inject Louise with as much heart as possible. She’s scrappy, yes, but she’s also determined and wants to try and make a difference. She has the room to succeed, fail, and all-around be messy. She loves to drink and dance; she cares for her family and she makes mistakes. She cries and is allowed to cry. She loves dressing up and is exactly like the majority of women around her. She assumes the worst, and, when it comes down to it, she’s afraid but she does what is necessary to survive.

I focused on the women who I am surrounded by. I thought about my kind, caring, empathic family members and friends. I thought about the complex women I see every day. And I decided that was who I wanted Lou to reflect. I wanted her to be as real and as tangible as my sister, or my best friend, my mom’s friend, or my college instructors. I wanted her to feel as if she was sitting right next to you as you read. It helps, of course, that Louise is surrounded by women. She has three sisters, her girlfriend, her boss who runs the café Louise works at.

Louise is different from other 1920’s protagonists, race aside. Louise has been let down. She’s been through a lot and, despite everything, she still tried to keep a positive view on the world around her. But she also is aware of the injustice in her world and isn’t content to just live like that.

The key to having characters, especially women, who are fierce and flawed is to treat them like real people. Treat them like humans, because they are. Give them a strong personality and sense of self. Give them something to fight for and to fight against. Louise has a strange set of morals, but they are hers and it’s the code she lives by. She’s courageous because she has to be. Think about the people who surround you, who you like and dislike, and build your characters from them.

The result is a character who is the opposite of a Strong Female Character.

Something about the booming band made Louise Lloyd feel alive. Really, truly alive in a way she thought impossible. Sweat rolled down her back, down her face, sticking her hair to her cheeks and red lips. She didn’t bother to brush away the strands as she concentrated on dancing. The strap of her dress fell, revealing her shoulder, and she put it back into place. She was panting for breath, her heart beating wildly. She let her muddy hazel eyes flicker shut for just one moment, taking one beat to reset.

The Zodiac was the hottest club in the west fifties. Everything about it was the best. It had high, sweeping ceilings, gleaming dance floors, and the best band in the city. The bandstand was big enough for an orchestra. The band itself, however, was seven pieces, and there was a different singer each night, all poised to become the Next Big Thing.

Tonight’s singer was a woman with a soulful voice and skin darker than Louise’s. She was barely dressed, wearing a tiny showgirl costume. The lights shone on her, gleaming off her long arms and legs. She managed to make eye contact with everyone in the club, presiding over them as they danced. A small smile settled on her face as she clutched the microphone stand.

The bar was shoved into the corner, almost an afterthought. There were no tables and chairs in the Zodiac; the rare non-dancer stood by the wall and watched.

No one came to the Zodiac to sit.

The music bounced off the ceiling like some unbridled animal in heat. It was impossible to speak over the booming music. The band was playing a song she particularly loved.

Louise needed a place that was discreet and had a good band.

The Zodiac was both.

She was lost in a sea of sparkles and skirts and bangles, some of the many shiny bright things on the dance floor. She was wearing a new dress—one she had splurged on, one that felt special. It was navy blue with sequins that shimmered in the light. She had meticulously paired it with navy blue heels and red lipstick, and she could feel girls in the club staring at her. She was caught in the sway of her skirt as she let herself be carried away by the music, twirling and stepping. She had paid a little too much for this dress and it was a bit too long, but it was her first time wearing it out and she had been right. It was special. There was nothing better than dancing in a new dress. She danced with her closest confidant, Rosa Maria Moreno, who was wearing a complimentary dress of blood red and was easily leading Louise through the Charleston steps.

They only really needed each other.

Twenty-four-year-old Nekesa Afia just finished her undergrad degree (bachelor’s in journalism, with a minor in English) and is a publishing student. When she isn’t writing, she’s dancing, sewing, and trying to pet every dog she sees. She’s been writing since she was a child and this is her debut novel. 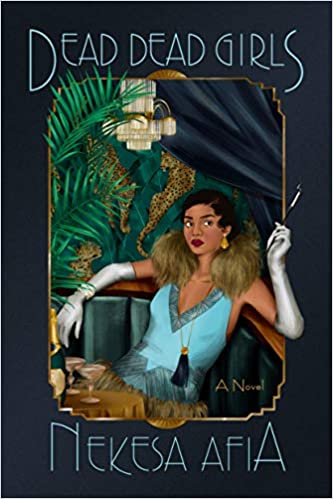 Following a harrowing kidnapping ordeal when she was in her teens, Louise is doing everything she can to maintain a normal life. She’s succeeding, too. She spends her days working at Maggie’s Café and her nights at the Zodiac, Harlem’s hottest speakeasy. Louise’s friends, especially her girlfriend, Rosa Maria Moreno, might say she’s running from her past and the notoriety that still stalks her, but don’t tell her that.

When a girl turns up dead in front of the café, Louise is forced to confront something she’s been trying to ignore—two other local Black girls have been murdered in the past few weeks. After an altercation with a police officer gets her arrested, Louise is given an ultimatum: She can either help solve the case or wind up in a jail cell. Louise has no choice but to investigate and soon finds herself toe-to-toe with a murderous mastermind hell-bent on taking more lives, maybe even her own….