You Know You Love Something When It Hurts To Say Goodbye 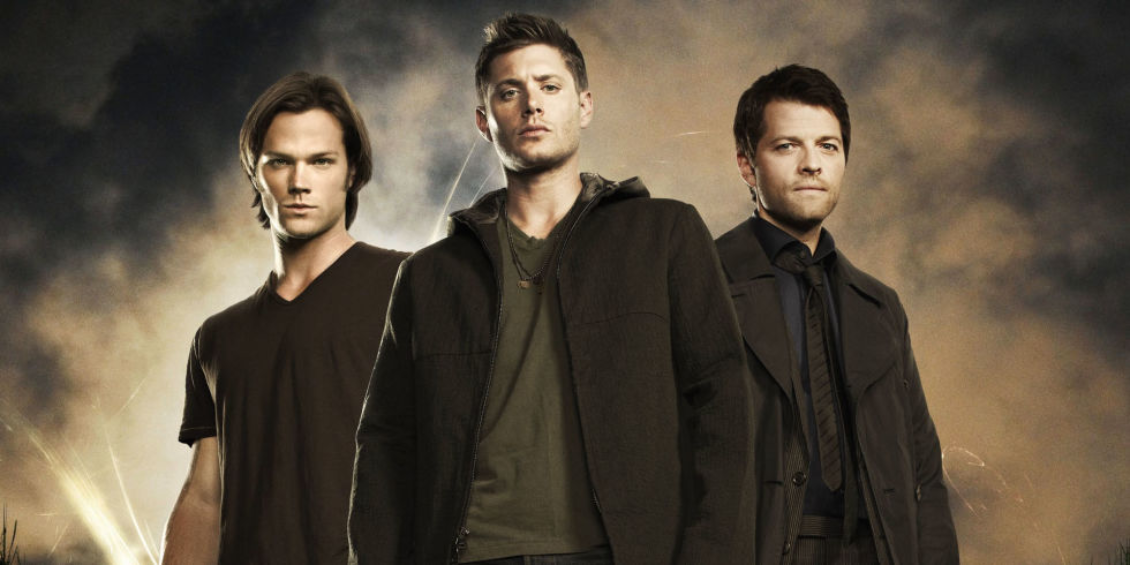 It’s a long-running joke on the internet and in the fandom that Supernatural is never going to end. The show has been on for fourteen seasons, outliving the network it started on (the WB) and surviving numerous day and time changes, including a stint in the Friday night “death slot”. At network upfronts every year, the head of the CW just says “Supernatural will keep going as long as those boys [meaning Jared Padalecki and Jensen Ackles] want it to” and that’s that. It started to seem like all the jokes about the Winchesters making their way to the Impala with their walkers and canes wasn’t too far from the truth. It started to seem like Supernatural really would go on forever.

Of course, it’s also a truism in fandom that when you passionately love a television show, there are only two ways it can end – either you leave it, or it leaves you.

Just last month, for me and countless other fans there were no signs of either happening. Supernatural celebrated its 300th episode, a milestone that few television series ever see, and its very lucky fandom wallowed in the euphoria of that and the anticipation of so much more to come. But only weeks after that triumphant episode, on March 22, the actors took to twitter and Instagram to make an announcement: Season 15 would be the show’s final season. 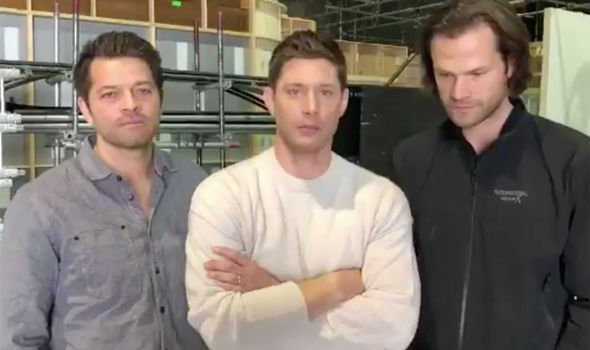 To say that the fans were shocked is an understatement. Of course, nobody really thought the show would go on forever. Fans are rational people, despite what you might hear, and we all knew that one day either the actors would decide to call it quits or the network would say that the ratings no longer justified the show airing. But next year? Only weeks before at a convention, there had been jokes about Season 28 and the actors thanking the fans for continuing to give them the energy and inspiration to make the show we and they love.

I got the news at Lexington Comic Con, where I was doing a panel with Supernatural’s Ruth Connell and Buffy’s James Leary. Like all unexpected losses, this one hit me hard. I watched the video that Jared, Jensen and Misha Collins made for the fans to explain the news, all three of them barely holding it together. For hours, I was in shock, still chatting with fans who came up to my table to buy Family Don’t End With Blood (edited by Lynn S. Zubernis), the book the actors wrote about how Supernatural and its fandom changed their lives. My phone blew up, everyone from fellow fans to my family to my colleagues wanting to know if I was okay. I’m lucky – nobody was judgmental or dismissive. Nobody said “oh get a grip, it’s just a TV show.”

Many fans were not so lucky. In the following weeks, fans posted on social media about how alone they felt in their grief, and how much ridicule they had faced in their ‘real lives’ for grieving the loss of a television show. That’s the last thing you need when you’re in the midst of grieving! So to anyone out there who’s feeling sad about your favorite show ending, here’s what you should know: It’s okay to grieve. The ending of a television show may not be equivalent to a natural disaster or the loss of a loved one, but it is a loss nevertheless. And it’s okay to grieve.

The loss is significant because the Show is significant. In Family Don’t End With Blood, the actors wrote about how the show has changed their lives, and fans also wrote chapters about how Supernatural has changed – or sometimes literally saved – their lives. Fans have been inspired by Sam and Dean and Cas to “always keep fighting”, whether that meant getting sober or escaping a cult or deciding to keep living. Fans have found acceptance and belongingness in the community we call the “SPN Family”, making lifelong friends and discovering a place where they can be themselves, maybe for the first time. Fans have felt supported enough to discover their own talents and creativity, sparking the joyous pursuit of writing or art or photography or blogging or whatever else you’re passionate about. That’s why the knowledge that we’ll be losing this little Show in a year is so painful – because it has given us so much.

There’s a psychological term called “disenfranchised grief,” and it makes a loss even more difficult. This sort of grief happens when we feel that we don’t have permission to grieve, because the loss is not a “real” loss. That’s why so many fans are having trouble reaching out for support, but I’m here to tell you that this loss is absolutely real, and so is the grief many fans are feeling.

At a Supernatural convention in Las Vegas last weekend, both the fans and the actors were emotional knowing the end is coming.

The actors were candid in saying that it was a “community decision” that took into account the best interests of not only the cast but the writers and the crew – and the characters. Padalecki, Ackles and Collins love these characters almost as much as the fans do, and they’re passionate about ending their stories with the quality staying as high as it has been. In fact, they plan to take a more active role in crafting the story for their characters in Season 15. Both Padalecki and Ackles are headed to LA next week to give some input on the new season’s story line and maybe even help out with the storyboarding. That news makes me even more excited about Season 15 than I would have been otherwise, because nobody knows these characters better than the actors who have played them for so long.

That said, I think they hope there will be more incarnations of the Winchesters and Company once the Show has ended as much as we do. A film version perhaps? A limited run Netflix series? Whatever it could be, I’m down for it. Because I’m not ready to give this world up. I’m not ready for a world without Sam and Dean and Cas. I’m not ready to lose my SPNFamily and the fangirl adventures I cherish.

As we head toward the final hiatus of the show and the season finale later this month, I find myself even more emotional than I usually am about Supernatural. Every episode we have left feels like a precious thing, a gift of immeasurable value that I want to savor. If it’s 42 minutes of Sam and Dean and Cas, I’m going to relish every moment. As sad as I am, I’m also overwhelmed with gratitude for all this Show has given me. For the tremendous joy it’s brought me, and all the tears I’ve cried as my heart breaks. For the lifelong friends and the unlikely misadventures I’ve shared with them.

Fandom has already gone into coping mode, with fans supporting other fans and planning a rewatch of the entire series over the last hiatus. The trademark fannish sense of humor is helping. When fans realized that Supernatural is ending exactly ten years after it was supposed to end in Season 5 with the departure of series creator Eric Kripke, everyone immediately wanted to know who the hell made a crossroads deal?

There are memes and gifs and inside jokes, full of dark humor that will hopefully get us all through this.

As always, fandom will get us through this. 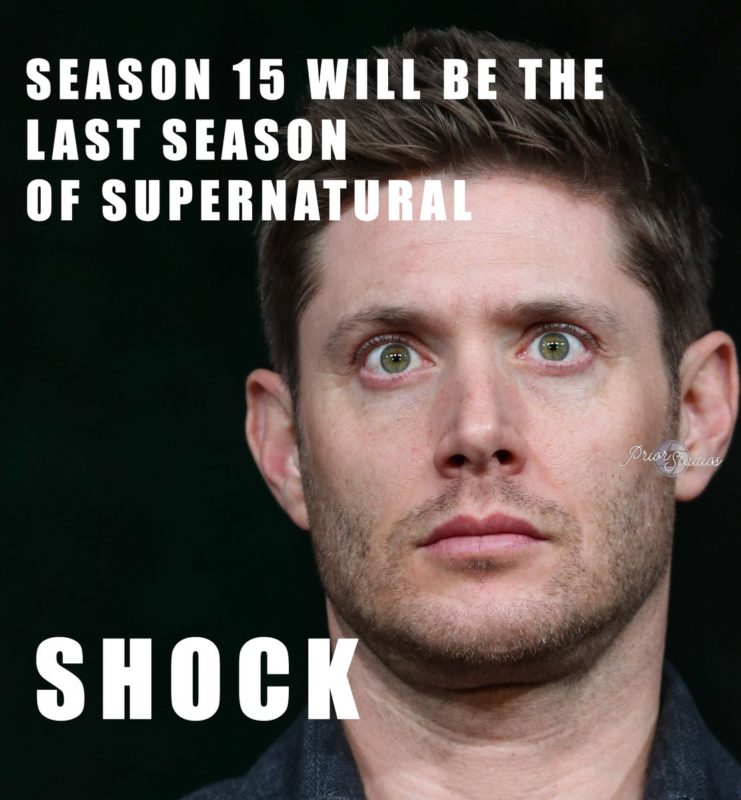 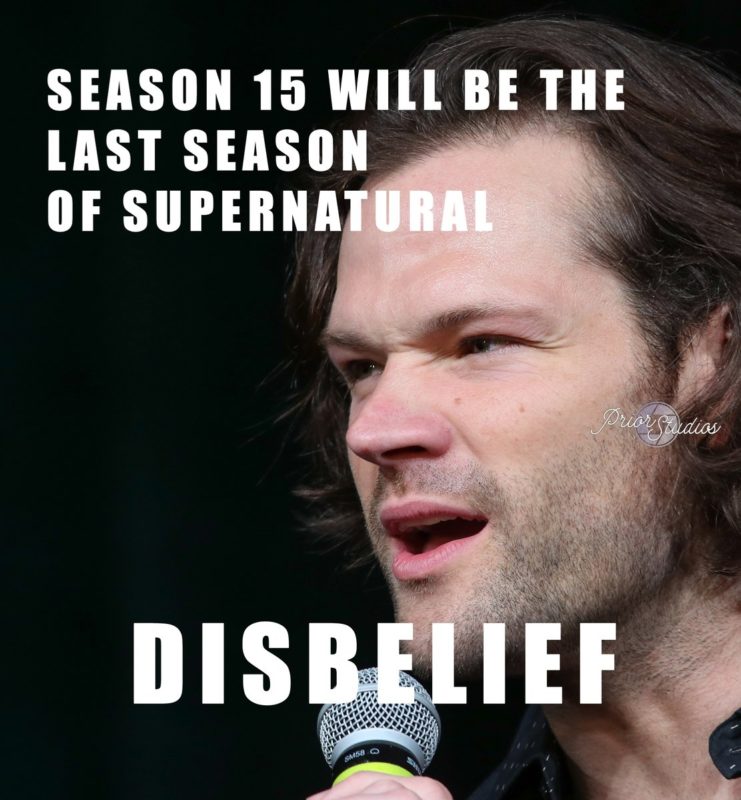 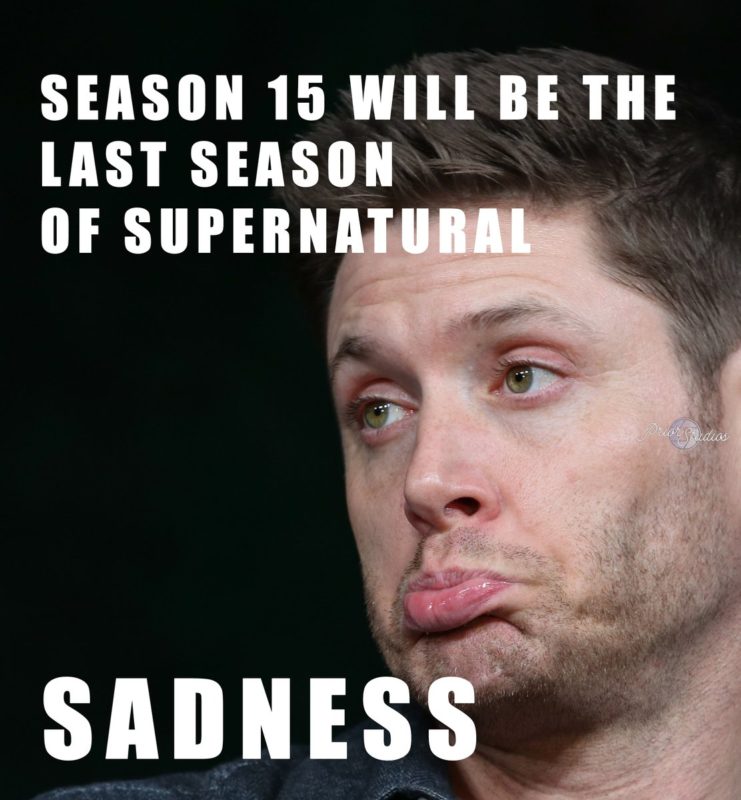 For now, I’m going to enjoy the last four episodes of the penultimate season of Supernatural, which will hopefully kick ass. Then I’m going to join in on the Supernatural series rewatch going on over on Twitter, so that when Season 15 does kick off – I am READY!

Lynn Zubernis PhD is a psychologist and university professor who has published many books about fandom and fan psychology and why it’s healthy and positive and just plain fun to be passionate about the things we love. Her most recent books, There’ll Be Peace When You Are Done: Actors and Fans Celebrate the Legacy of Supernatural, and Family Don’t End With Blood: Cast and Fans on How Supernatural Changed Lives, have powerful chapters contributed by the actors and the fans of Supernatural, the show she’s passionate about. You can also go behind the scenes of that show and explore the ins and outs (so to speak) of fanfiction and fandom in her book Fangasm Supernatural Fangirls.
All Posts
PrevPreviousExclusive: Cover Reveal of ‘Saint’ by Chantal Fernando
NextAuthor Lexi Ryan’s Desert Island BooksNext