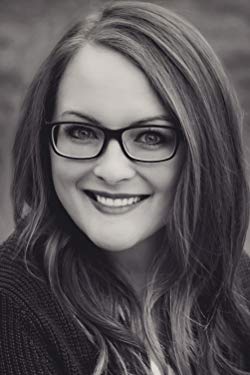 [Note From Frolic: Our resident YA expert Aurora Dominguez got the opportunity to interview author Crystal Smith and ask her five(ish) questions. Crystal’s novel ‘Bloodleaf‘ is out now!] 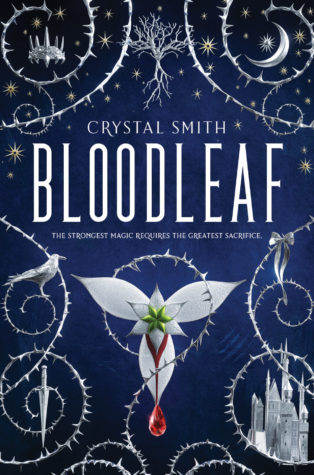 Crystal: I’ve loved fairy tales and ghost stories as far back as I can remember, and I’ve wanted to retell the story of Grimm’s “The Goose Girl” since high school—maybe even earlier.  The framework for Bloodleaf has been in place for a very long time, but I never really found the heart of the story until I became a mother and began to truly ponder the meaning of sacrifice, asking the question: how far would I go to save someone I love? What would I give up? And that’s the central idea around which the rest of the story began to revolve.

I want to say Zan, because he’s an artist and that was what I did before publishing. But, in truth, I’m probably most like Aurelia.  We share a lot of opinions, she and I, haha. We’re both pretty stubborn. She’s a lot more adventurous and impetuous than I am, though.  I like my stories exciting, but prefer to keep my real life pretty boring!

There’s something magical about young adulthood. Everything seems bigger. More monumental. It’s where we first figure out who we are and what we want, outside of parental comfort and protection (or lack thereof). And yet, it’s a time for mistakes, for changes in course, for revolutions, both within and without. And since the future still stretches so wide, there’s still a lot of hope to be found, even at the end of the darkest stories. It’s a compelling, colorful, vivid time of life, and so much fun to read and to write.

As for a favorite young adult writer…that’s a tough one! I love so many, and am always blown away by the talent in the YA community.  The bar just keeps getting raised higher and higher! I will say that I’ve been very heavily influenced by Robin McKinley, Juliet Marillier, Megan Whalen Turner, Garth Nix…just to name a few!

Bloodleaf is a dark fantasy retelling of Grimm’s “the Goose Girl.”  It follows a princess who must go into hiding in an enemy kingdom after she’s driven from her own by a witch-hunting religious organization called the Tribunal.  There, she becomes entangled in a conspiracy that stretches back centuries and ties her to a secretive new ally, the specter of an ancient queen, and a mysterious poison called bloodleaf.

Readers can look forward to a story that’s full of spirits and secrets, blood magic and sacrifice and love.  I can’t wait for it to be out in the world!

Right now, I’m heading into another round of revisions on Bloodleaf’s sequel and am just starting to lay the groundwork for book 3. I’m so excited to expand this world that I’ve loved so much for so long, and get to see these characters grow and change in unexpected ways!

I don’t adhere closely to any specific method, but I do like to take story craft pointers from a variety of sources and find value in their insights. Some favorites are: John Truby’s Anatomy of Story, Blake Snyder’s Save the Cat, and Susan Dennard’s online writing tips!

Thank you for hosting me, I loved answering these questions! And definitely look for Bloodleaf in your local bookstore!

Aurora Dominguez is a high school English teacher, college professor and journalist in South Florida. Her work has appeared in The Miami Herald, Where Magazine and J-14 Magazine, all places where she worked as a writer and editor before going from the newsroom to the classroom. Her favorite days are "Caturdays," which she spends with a good book, her husband, Sebastian, and her cat, Luna. Her motto when it comes to reading: "No book left behind!"
All Posts
PrevPreviousDown The Erotic Rabbit Hole: An Erotica Starter Guide
Next‘Saturday Night Live’ has been killing it in 2019, here are our favorite sketches so farNext