5 Reasons I’m Fangirling Over Jordan Peele and You Should Too! 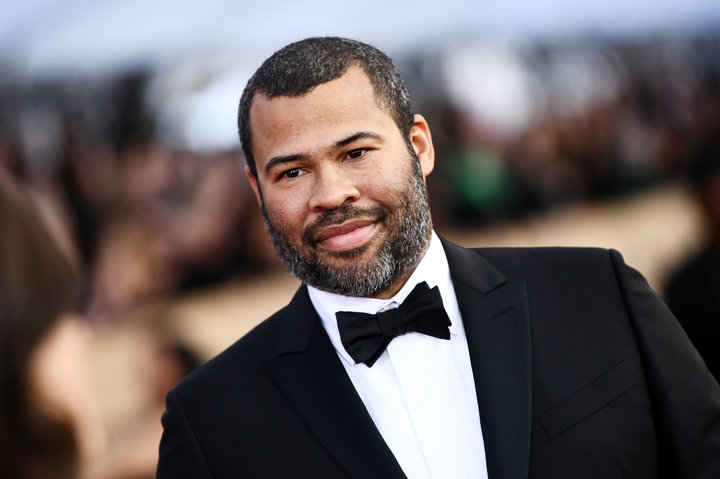 I’ll be the first to admit that I don’t always pay a ton of attention to directors. I mean, yes, I know a bunch of them by name or work or reputation, but I don’t usually fangirl super hard. For the longest time, there was only one exception—Guillermo Del Toro. Basically anything that man does, I am here for, even without knowing a damn thing about it going into the movie (though he’s doing Scary Stories and I don’t know if I’ll survive watching it, but… We’ll see).

Now, there’s one more. Jordan Peele. I just want to wrap myself up in his creative genius, and though his movies kind of scare the hell out of me, I am obsessed with how he tells stories. And how cool he seems in real life. And his humor. And… Look, when I said I fangirl him, I wasn’t exaggerating!

In case you haven’t gotten onboard with Jordan Peele Fangirl Train, here are five reasons why you should check him out:

1. He’s a huge fan of the horror genre

From his production company’s name (Monkeypaw Productions, named after the short story by W.W. Jacobs that is seriously scary and one of my personal favorites) to his taking over the new reimagining of The Twilight Zone, he’s one giant horror fanboy. I watched a writer roundtable with him awhile back and while all the other writers shunned genre and said their work defied being put into boxes, Jordan fully embraces genre (specifically horror).

I love Chelsea Peretti like truly irrational amounts. It started with Brooklyn 99, but listening to her interviews and watching her comedy specials have just solidified her as one badass lady in my mind.

So not only is Jordan married to a hilarious and awesome comedienne and actress, but by all accounts, they’re homebodies who mostly shun the spotlight and spend a lot of time watching documentaries and the like on their couch. They’re people I would actually want to hang out with, if I didn’t die from fangirl glee upon meeting them both.

Before he was a producer and director, Jordan Peele was best known as a comedic actor. First on MadTV and later on Key & Peele. He and Keegan-Michael Key are the minds being the hilarious and quotable skits such as Substitute Teacher (the teacher getting all the “traditional” names’ pronunciations wrong), Text Message Confusion (two friends having VERY different tonal conversations via text), and Anger Translator (making fun of Obama’s chill-ness by having an anger translator). Haven’t seen these skits? I HIGHLY recommend checking them out!

4. Have I mentioned he’s a creative genius? Because he is.

Both Get Out and Us have been lauded as being scary as hell and also the kind of movies that make you think. Horror has always been political, and Jordan embraces that fully with his work in a way that resonates widely with audiences. Both of these movies are the kind that draw you back for more, because you pick up different details on each rewatch that add to the experience in a really pleasing way. It’s not every movie that gets better with each viewing, but Jordan’s pulled it off with both these!

A recent Hollywood Reporter interview has Jordan talking about when his career took a particularly frustrating turn. Basically he was contracted with MadTV and got an offer from SNL and wasn’t able to take it because they wouldn’t let him out of his contract. So he started plotting his revenge, a la comic book supervillain. That revenge? Becoming a producer and being so damn successful that “they’ll all be sorry.”

I’m not saying that Jordan Peele and I are the same. I’m just saying that I can 100% get down with letting a dash of spite propel you to new heights, and it pleases me an absurd amount that this is part of his backstory—and that no doubt some of those people from his past are kicking themselves for not recognizing where he would end up.

Whether you’re a fan of horror of comedy, Jordan Peele has something for you. If you haven’t checked out his stuff before now… What are you waiting for? Go, go, go!

New York Times and USA TODAY bestselling author Katee Robert learned to tell her stories at her grandpa's knee. Her 2015 title The Marriage Contract was a RITA finalist, and RT Book Reviews named it 'a compulsively readable book with just the right amount of suspense and tension." When not writing sexy contemporary and romantic suspense, she spends her time playing imaginary games with her children, driving her husband batty with what-if questions, and planning for the inevitable zombie apocalypse.
All Posts
PrevPreviousDaily Frolic: Author Chanel Cleeton discusses her inspiration behind ‘When We Left Cuba’
NextThe Power of Words: Why Reading and Writing MatterNext